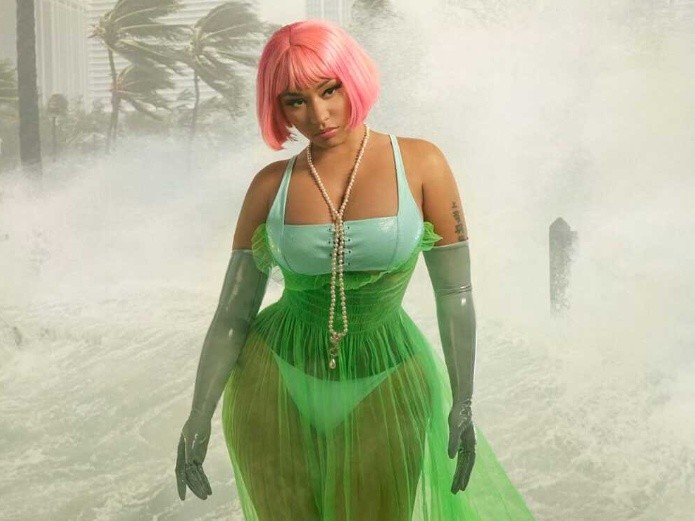 On Tuesday, November 15, is when the Academy of Grammy awards will reveal the list of nominees for the next annual installment of these awards, since there is already a date set aside, Sunday, February 5, to see if the favorite artists are victorious or not.

There are many categories within this music event, as rapper Nicki Minaj sent her biggest hit of the year, which is under the name of “Super Freaky Girl“, which premiered on August 12, a success on social networks, even has a trend on the Tik Tok platform.

The music video for this song was also well received, as the cute Trinidadian hadn’t released material in years, so fans already missed her and without a doubt, she completely exceeded listeners’ expectations of her music, so she thought it would be good enough and popular enough to be nominated.

But… Nicki Minaj cannot be in the rap category at the ceremony because according to “Super Freaky Girl” it’s not rap, it’s pop, being incredibly impressive for netizens, because they don’t mention the interpreter of “Anaconda” as the queen of rap for nothing .

You may also be interested: Kylie Jenner shines in a mini beach suit from her pool

The famous rapper reacted to all this and shared it in her Instagram stories, she wrote:

“The Grammys are making blogs run that Variety article to distract you from the fact that “SUPER FREAKY GIRL” was unfairly moved out of the rap category while other pop rap songs remain in the RAP CATEGORY. They’re blogging that I did a “trick” and it worked because “DO WE HAVE A PROBLEM?” is showing up in rap categories, but what does SFG have to do with DWHAP?”

Netizens are clearly on the side of Nicki MinajWell, it is true that the artist’s theme song has certain pop touches but it is also rap, since the Trinidadian has been involved in that genre for many years, being a pioneer in it, that is why it is a very great outrage.

Even this event caused another controversy to be created with the rapper lattobeing that his single “bigenergy” which is a pop-rap song, yes it is nominated in the category, but “Super Freaky Girl“No, because it’s exactly the same thing.


Studying a degree in Secondary Education in the Spanish Area, venturing into the world of writing by entering Show News last March of this year, working on the writing of media notes for the shows with the aim of entertaining, At the same time as informing readers who follow the page. He is a lover of music and cinema, so writing about it is entertaining. Aiming to graduate to acquire a major in literature

Latin Grammys: why Spanish artists can be nominated for these awards
Silvana Estrada expects greater visibility after winning the Latin Grammy for New Artist
Pol Granch and the duality of love embodied in music
Tweet
Share
Share
Pin
Other links: https://awardworld.net/resources/