Colombian reggaeton singer José Balvin, better known as J Balvin appeared on the red carpet of the most anticipated event in the musical field which will take place in Las Vegas this Sunday afternoon. The singer surprised the spectators after arriving accompanied by the famous Valentina Ferrer mother of his first son, in such a way that he impressed with his new look before the cameras of all the media present.

So the interpreter of In da Getto He appeared before the ceremony with a peculiar style, since he could be seen wearing a black trench coat that passes below his knees, together with pants, shoes and a shirt of the same color with white details, the latter. However, heWhat most impressed the viewers was her dazzling blue-tinted hair, and that’s not the only thing, since on the back of her head, the photographers found a red heart marked by two black-outlined studs with a blue fill, which covers a large part of his rear skull.

Balvin proudly posed this representative detail in his hairstyle since in the photographs you can see how the singer pointed his finger at the look; It is not the first time that the famous alludes to this type of symbolism in his hair, since he has appeared with a green tint alluding to the skin of a tiger. However, the reason why the singer appeared with this symbol is still unknown.

Some Internet users criticized this presentation on the aforementioned carpet, because we liked the look of the famous, however, he was confident and very comfortable with his outfits and presentation. 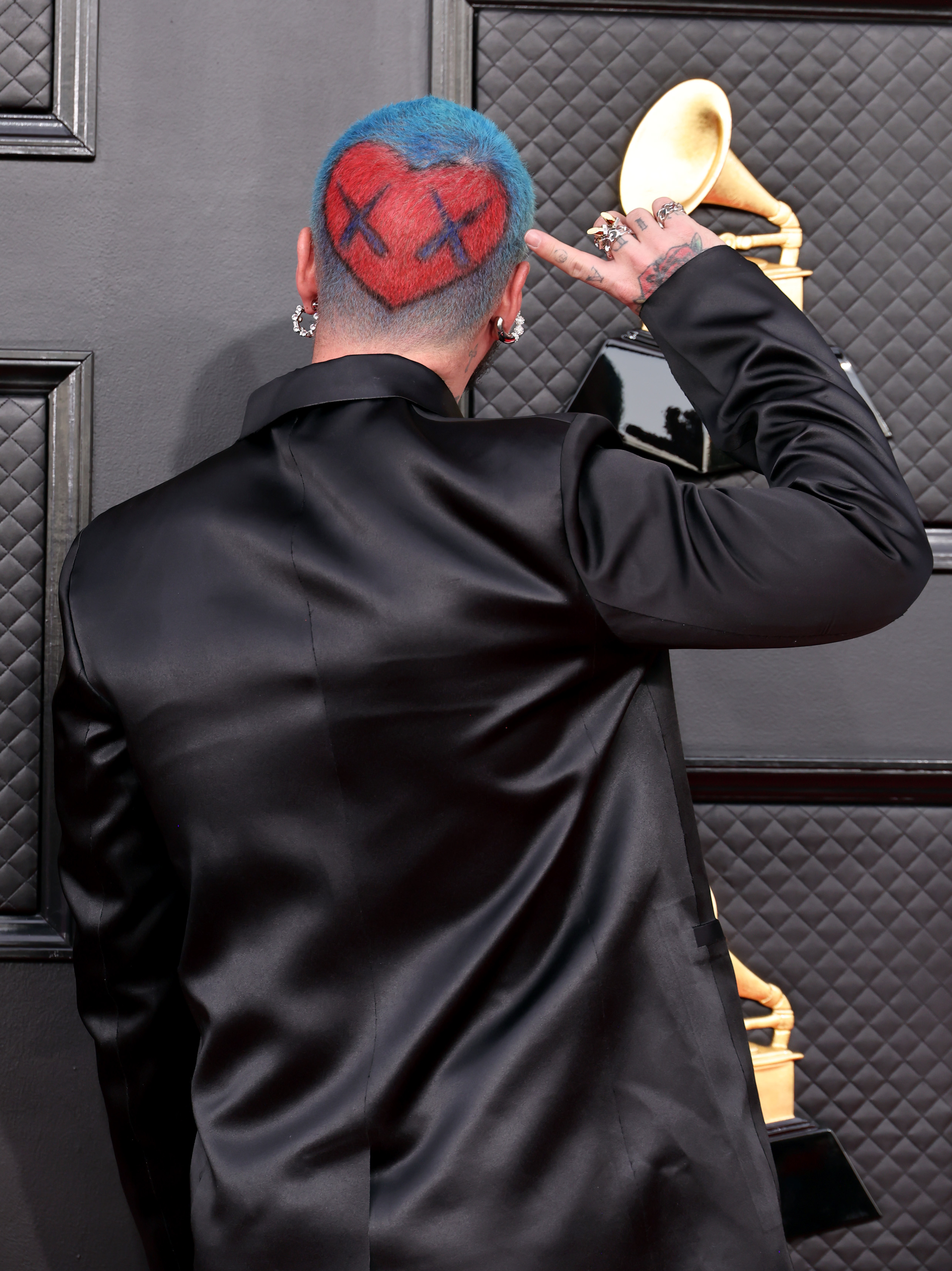 The singer is expected to explain the reason for this heart in his hairstyle at some point during the ceremony as his album Joseph is nominated for Best Urban Music Album along with Bad Bunny, Karol G. So if you happen to be awarded the golden megaphone, ‘The boy from Medellin’ He will probably give a thank you speech and highlight tonight’s look.

It was recently announced that the singer would be next to María Becerra at the Grammy Awards, since María shared an image with the following text through her official Instagram account: “A while ago I wanted to tell you this and I couldn’t! I still can’t believe it! Thank you friend J Balvin for the possibility. See you at the Grammys on Sunday. I swear I’m going to give everything.”wrote next to the hashtag #LaNenaDeArgentinaas it is called.

On the other hand, the ‘Niño de Medellín’ published the message: “With the high vibe and grateful to be able to be next April 3 at the #GRAMMYS with Maria Becerra. Thank you, Peace on Earth”.

Likewise, it is expected that in response to these statements, both artists will appear on stage with their most recent hits to represent Latin American music in this long-awaited ceremony. Stage that they will share with personalities such as bts, Olivia Rodrigo and billie eilish, who also expect to be awarded on this important night.

The Colombian has also been involved in controversy, since recently the famous singer better known as Resident attacked the aforementioned in one of his most current themes, however, J Balvin did not comment on the matter and this event will not have great relevance Well, it is certain that the singer will be focused on going home with a new award.

J Balvin at the Grammys 2022: the wild look of the red carpet