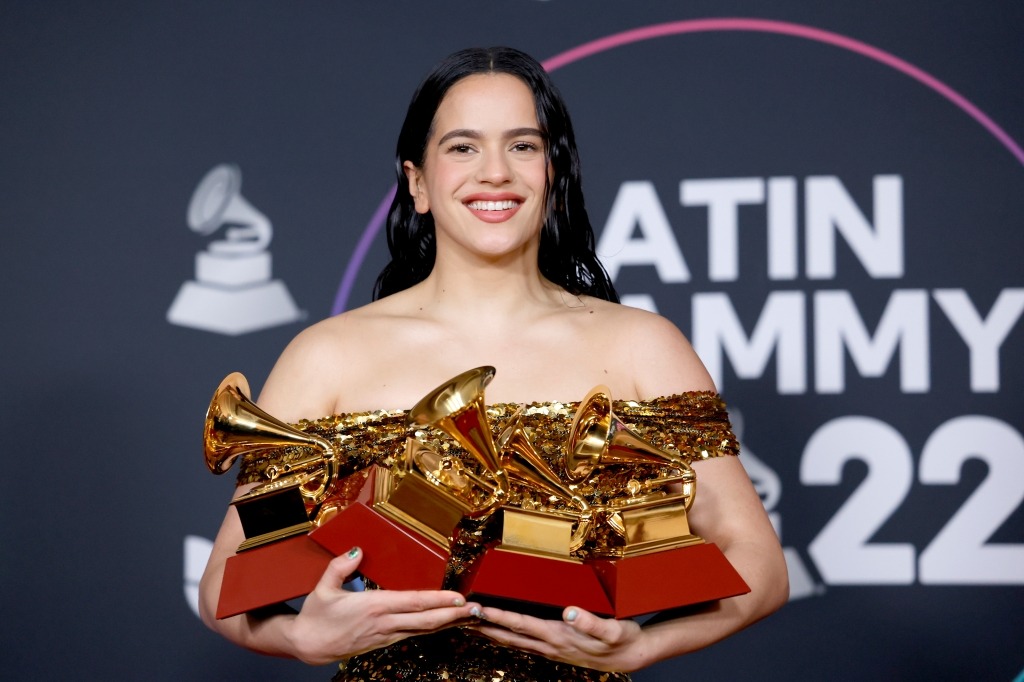 (CNN Spanish) – The Latin Grammy 2022 awarded this Thursday to diversity and musical excellence. Proof of this are the top winners of the day: Jorge Drexler with 6 golden gramophones and Bad Bunny with 5.

Drexler has repeated during his acceptance speeches that his victories are a “wonderful exaggeration.” He won in the categories:

“Wow, this was really unexpected. Thank you so much, that’s crazy! I want to thank you on behalf of Pucho, from C. Tangana, with whom we made the song together. Pucho came home one afternoon, the song was done in six hours, it was finished in six hours, it was recorded. There are two other authors who are Víctor Martínez, who works with Pucho and the fourth author is my son Pablo who is also the author of the song”, Drexler said when winning recording of the year.

During the previous ceremony, Jorge Drexler accepted the Latin Grammy for best arrangement on behalf of Fernando Velásquez. However, this award is given only to the arranger of the theme. Velasquez won it for his work on Drexler’s “The Master Plan.”

The other winners of the night

He arrived at the ceremony as the maximum nominee with 10 mentions.

Rosalía won in three categories for her album “Motomami”. The production of her, which took him three years to compose, won the most important category of the night, album of the year.

This is the second time she has won the award. In 2019 triumphed in this same category, album of the year, for “El Mal Querer”.

The production was victorious in the best recording engineering for an album category, but this award is given only to recording and mixing engineers.

Fito Páez was also among the top winners of the night with three awards, all obtained during the previous ceremony.

The historic (and emotional) moment of the Latin Grammys

One of the most anticipated and emotional moments of the night was the delivery of the Latin Grammy for the best new artist. It was a tie between two artists who are 70 years apart.

“This award was already ours, because this year best new artist It was a majority of women, so this award belongs to everyone. And even more so because I have this marvelous lady here (Ángela Álvarez) who brought tears to my eyes ever since I saw her. For the girls that come, for the generations, that they know that it is worth dreaming and fighting and working, so really thank you very much”, said Silvana Estrada when accepting the award.

Ángela Álvarez recalled her land, Cuba, from which she left in the 1960s, and to which she has not been able to return.

“I want to dedicate this award to God and to my beloved homeland, Cuba, which I will never be able to forget. And also to those who have not realized their dream, although life is difficult, there is always a way out and with faith and love you can achieve it, I promise. It’s never too late,” Álvarez said.

Outstanding presentations at the Latin Grammys

Different genres and artists stepped on the stage of the Michelob ULTRA Arena at Mandalay Bay in Las Vegas.

The presentation of John Legend stands out, who interpreted the bilingual version of “Tacones rojos”, by the multi-award-winning Colombian artist, Sebastián Yatra.

The singer danced with her motopapis and the public “Despechá” and took the opportunity to dedicate a few steps to her partner, the singer Rauw Alejandro, who enjoyed the presentation from the front row.

For the second year in a row, Christina Aguilera sang at the Latin Grammys and on this occasion she invited Christian Nodal to perform her song “Cuando me de la gana”.

revive some of the highlights here and knows the list of winners in this article.

Jorge Drexler dominates at the 2022 Latin Grammys: he is the top winner of the night with six awards