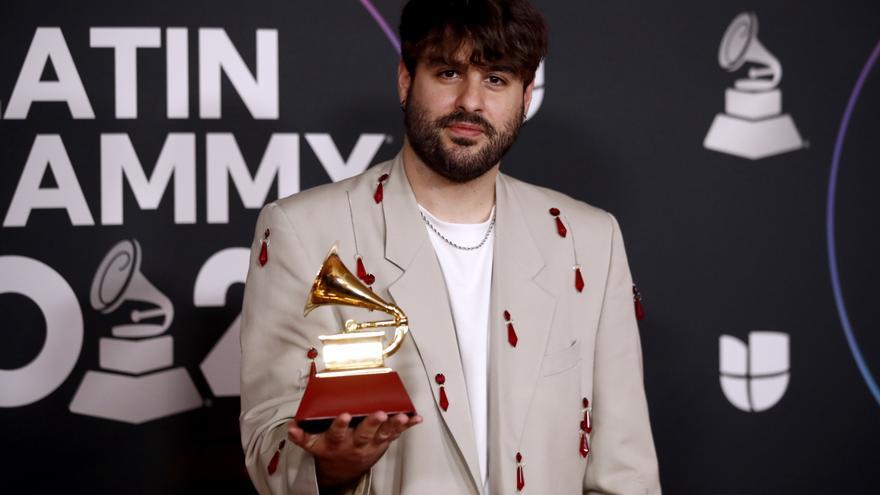 One month after winning two Latin Grammys, Juanjo Monserrat presents more than friends (Blau Productions, 2022), a “very personal” album, produced in 2019, marked by past love relationships and musically dressed in various styles, such as soul, funk, ballads and, above all, pop. Total, eleven songs, performed in Catalan, together with Vic Mirallas, Magí Garcías, Tomeu Penya, LA, Victòria Quingles, Júlia Obrador, Thony Bloom or the group Saxophobiain which he served as guitarist in the past.


«more than friends It is a very personal work in which I narrate my experiences, especially those of 2019. A year in which I left a very long relationship, I traveled to Los Angeles for the first time, I was in Japan, I started touring with Rels B —with the one who continues to perform, as a guitarist—and I started recording this record. It was the best year of my life”, Monserrat confesses.

Recorded and produced between his house and the Mono Boost studio in Palma, co-produced and mixed by Thony Bloom, the album opens with the song that gives the album its title, dedicated «to a person who finally chose not to be friends nor more than friends nor nothing at all, and closes with The longest s’adéu of the world, recorded live at the Teatre Ireneu in Palma. In between, cuts like T’estiu“the jewel in the crown”, in the words of Monserrat, a song made together with Tomeu Penya “with a cheerful and summer theme, with a very retro but direct sound”; Isn’t it enough?, with LA, “the soundtrack of my life,” he acknowledges; either Excelsiora theme that he rescues from his first EP, Poemari in J minorpublished in 2016 and in which he put music to texts by Maria Mercè Marçal, Joan Maragall, Joan Alcover, Pere Quart and Enric Casasses.


Juanjo Monserrat: “My thing is American pop made in Majorcan, with guitar solos and distortion”

«It is an album that is defined by everyday life, with songs that narrate the adventures of a boy who was 26 years old at the time and that take place in Palma», a city that has changed for Madridwhere he plans to enjoy the Christmas holidays with his family and, above all, disconnect: «I need to slow down, think more about myself and take care of my personal relationships. I want moments of calm and relaxation. This last year has been an outrage. I have come to fly up to four times to Los Angeles », she sighs.

Monserrat has presented this more than friends today at the Xocolat store, weeks after winning two Latin Grammys, one for their participation in DharmaBest Pop Vocal Album, and the other for his work as a composer and producer of Red high heels, Best pop song, in which he co-authored with Sebastián Yatra. “The Grammys haven’t changed my life,” she says. In any case, he adds, “I hope they help me gain greater recognition and that more people pay attention to my work.”

Composer of the new single by David Bisbal

Since 2019, the work of Juanjo Monserrat has multiplied. One of his last compositions, apart from the album more than friendsis the new single from David Bisbal, of which he is also a producer, and which will soon be released by Universal. «i love being an all rounderget into any style, produce or play the keyboard or the otamatone [el instrumento japonés para niños con el que sorprendió el pasado mes de marzo en Got Talent]. I want to make the best music possible. I’m not in music for business », she emphasizes.


Juanjo Monserrat triumphs in Got Talent with an otamatone

In recent times Monserrat has also performed with Rels B, three months on tour in Latin America. «That gives many tables. He is already in the First Division and I have learned from his professionalism, from his perseverance, not to give up. You always have to add, I sign up for anything. I don’t know what the future holds for me.”

Juanjo Monserrat, the Mallorcan winner of two Latin Grammys: “I need to slow down, this year has been outrageous”

Estas personalidades que nos dejaron en 2022
Bad Bunny, unparalleled success at the Grammys for an artist who does not rest
Mon Laferte shone on the first night of the Olmué Festival
Tweet
Share
Share
Pin
Other links: https://awardworld.net/resources/