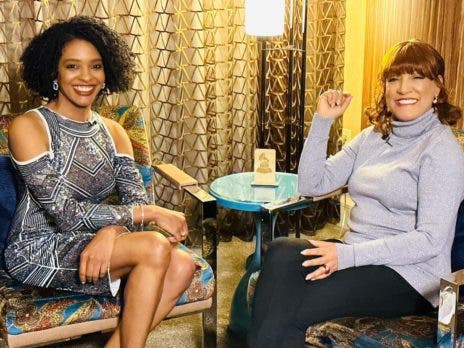 Las Vegas. – The specialized program Músicapress TV will present from Las Vegas, Nevada, a special edition with the artists nominated for the twenty-third edition of the Latin Grammys 2022.

Music stars, such as: Milly Quezada, Miriam Hernández, Pavel Núñez, Luchy RD, Christian Alicea, Glenda del E and Daniela Padrón, spoke with the communicator Milian Reyes Solano about their upcoming projects, as well as their nominations for the most important of Latin music.

We invite you to read: Juan Luis Guerra adds another Latin Grammy to his career

It is the first time that the television space has moved to Las Vegas to live up close the experience offered by the long-awaited musical award ceremony, and to bring its viewers every detail of the event.

Músicapress TV is the only program specialized in alternative, tropical and songwriting music, produced by the communicator Milian Reyes Solano. The space is broadcast on Saturdays, at 9 PM on RNN channel 27 and throughout the United States, Canada and Puerto Rico, on TV Quisqueya.

Is edition This special event was possible thanks to the sponsorship of the Sadaya Music Group recording studio and the Vuelo Key travel agency.

The winners of the Latin Grammys 2022

In the city of Las Vegas begins the twenty-third installment of the Latin Grammya place where the greatest stars of Latin music in all its genres meet every year and also the new exponents that the Latin Recording Academy has chosen to compete for the award for Best New Artist.

The ceremony was conducted by the Brazilian singer Anitta, the Mexican Thalía, the Grammy winner Laura Pausini and the Puerto Rican Luis Fonsi.