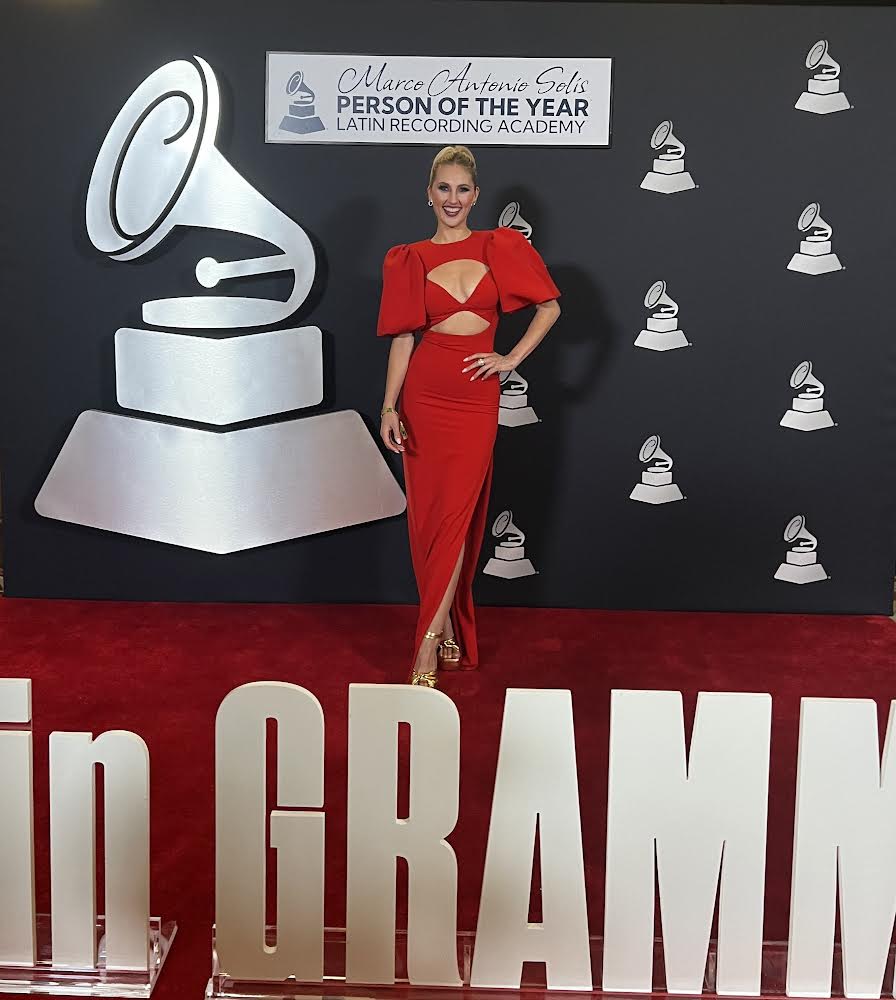 The young promise of Chilean pop was invited to the Best New Artist Showcase event where she was able to share with other new young people.

CHILE.- The young Chilean singer traveled to Las Vegas to promote her music, captivating the attention of the media covering the Latin Grammy ceremony.

Among his activities, Moon Marinetti he was able to share with Elvis Costello, María Becerra, Pedro Capó, Myriam Hernández, Fito Páez and other nominees “These are days of a lot of musical activity where you can learn a lot and also generate opportunities,” Luna says about her experience at the event.

A few months ago, she was highlighted by Billboard Argentina magazine as one of the new Chilean singers. on the rise and last week he arrived in Las Vegas to be part of the activities of the Latin Grammy, the most important annual event of music in Spanish and where the main figures and assets of the Hispanic American industry coincide.

There the young woman was able to share with Latin stars such as María Becerra, Elvis Costello, Pedro Capó, Wiplash and Ana Torroja during the delivery of the Person of the Year Award to Marco Antonio Solis. Luna Marinetti, 26, arrived in Las Vegas to promote her music accompanied by renowned Spanish engineer Rafa Sardina, a multi-Grammy winner (Camila Cabello, Lady Gaga, Stevie Wonder) who worked on her first two original singles ‘Be alright’ and ‘ Until sunrise’.

The young promise of Chilean pop was invited to the Best New Artist Showcase event where she was able to share with other new young talents that the academy highlighted during this 2022 edition.

“Between interviews and a showcase I was able to be present at Marco Antonio Solís’ magical award night as Person of the Year and on the red carpet at the awards, so of course I prepared a special outfit for that. I’m a designer and a fashion fanatic so I love combining both and being able to play with fantasy and glamour, which is also part of the show. The style of dress is highly associated with the music I make and for me it is important that what I wear is a reflection of my style and the songs” says Luna.

Luna cultivates a style of pop music with touches of funk, disco, hip hop and urban touches, under a concept of optimistic and danceable rhythm with influences from great divas such as Raffaella Carrá, Donna Summer, Nelly Furtado and Aitana. The singer has more than 30,000 followers on Instagram and 118,000 on TikTok (@lunamarinetti) while her new video ‘Until the sun rises’ has nearly 170,000 views on YouTube since its premiere a few weeks ago.

Dancing ‘Until the sun rises’ is Luna Marinetti’s invitation in her new video clip, a song inspired by the desire to go out and dance without being bothered or harassed, so that girls can have fun without fear with freedom and authenticity. “It’s not normal that they want to touch you, I just want to dance, understand it” as manifested in her song.

“Something that seems as simple as going out with friends to dance sometimes ends up in an unpleasant situation of harassment, but enough of limiting yourself, we can dance and be sensual without guilt, without someone seeing it as a provocation” says Luna Marinetti who he wrote the song together with Juan Andrés Ossandón (who has composed some hits for Myriam Hernández, Ariztía and Andrés de León).

Back in Santiago, he will continue with his schedule of presentations and the production of a new single.

Luna Marinetti, the Chilean surprise at the Latin Grammys