They are approaching Grammy awards, where the greatest representatives of all musical genres are ready to meet in an event that will be a party for the industry and all eyes will be on. In this context, numerous figures will say they are present on that coveted stage, but without a doubt, among the highlights you will be able to see Mary Becerra beside J Balvin singing “What else then?”the hit with which they swept the last time.

“I still can’t believe it”expressed the Argentine artist in a story of Instagram in which he replied to the Recording Academy post that stated: “What is going to happen when Maria Becerra takes the GRAMMYs stage with J Balvin? Don’t miss their performance on Music’s Biggest Night, April 3 on CBS tv” “What is going to happen when María Becerra takes the stage at the Grammys with J Balvin? Don’t miss her performance at Music’s Biggest Night on April 3”).

In addition, the 22-year-old also shared the post on her feed: “A while ago I wanted to tell you this and I couldn’t! I still can’t believe it! Thank you friend J Balvin for the possibility. See you at the Grammys on Sunday. I swear I’m going to give everything.”wrote along with the hashtag #LaNenaDeArgentina, as she calls herself. 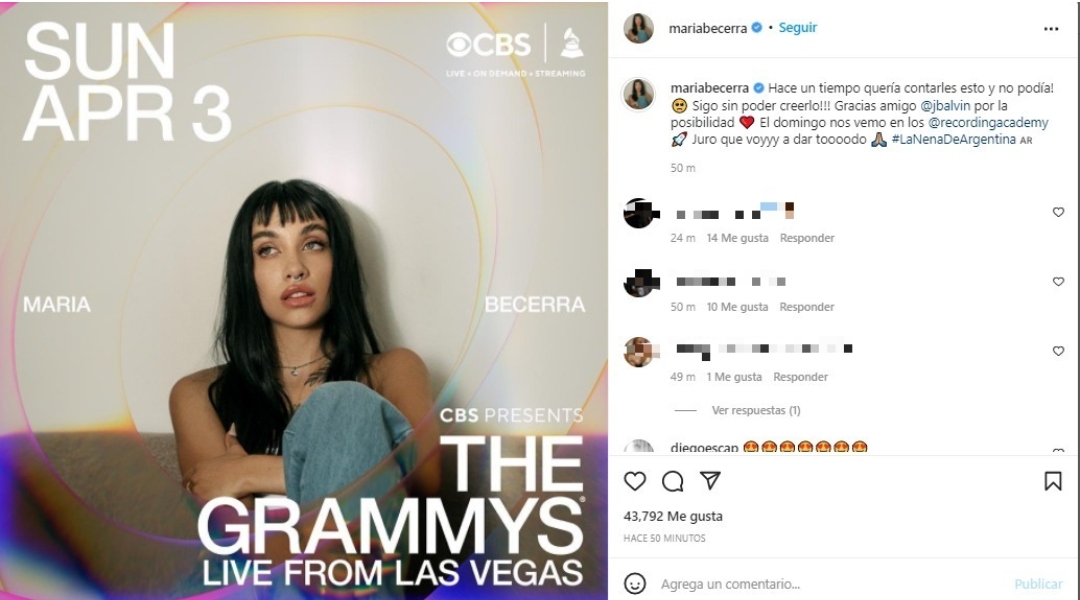 Balvin, for his part, also expressed himself on social networks: “With the high vibe and grateful to be able to be next April 3 at the #GRAMMYS with Maria Becerra. Thank you, Peace on Earth”. 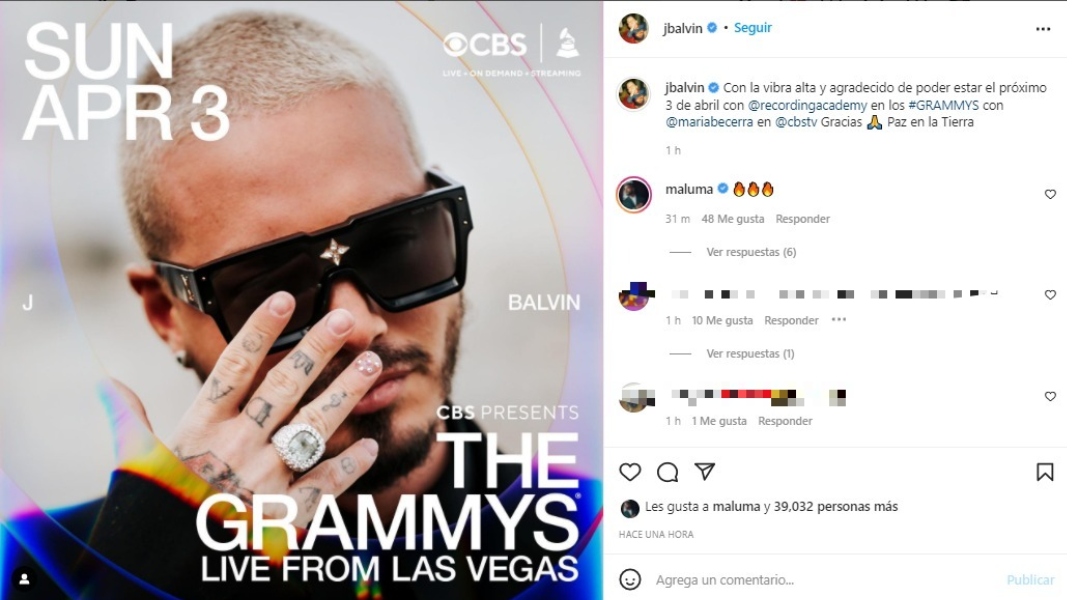 It should be remembered that, at the beginning of March, the Colombian musician had been in the news after René Pérez made a video of more than eight minutes against him. Residente released the video in collaboration with Bizarre and was titled RESIDENT || BZRP Music Sessions #49, with its three chapters and a hard lyric that pointed to the reggaeton player. in the clip, criticized from his teeth to his recent controversies for racism and classismpointing out that he has no idea of ​​his privileges, that he is a puppet of the music industry, that it takes 20 writers to achieve a song and that he posts pictures out of context on his Instagram in the face of the world situation. The chorus “I do this for fun” de Residente sealed what many of his fans considered the greatest humiliation that the interpreter of “He doesn’t know me.”

Days before, René Pérez announced on his account Instagram that he would upload a new song: “I was going to release a song, that’s why I put the photo with the cap and stuff. There I talk about many things that are important to me within music and in the end I dedicated a couple of lines to an asshole there from the urban genre, and since he found out that I’m throwing him, he hasn’t stopped calling everyone to try to stop the issue, “he explained in a video. From that moment, René launched the following sentence against the singer: “the difference between you and me is that I am free to do whatever comes out of my head and you are one more slave of the industry and I am going to bring up the subject when people want me to bring it up”.

In the middle of Maluma’s show in Germany, a man proposed to his girlfriend: what did the singer do
Delfina Chaves revealed the video that prohibited her from spreading her sister Paula
From Maradona’s underwear to “Virgencita mia”: Luis Ventura recalled the beginnings of Wanda Nara in the middle

María Becerra arrives on stage at the Grammys hand in hand with J Balvin: “I still can’t believe it!”