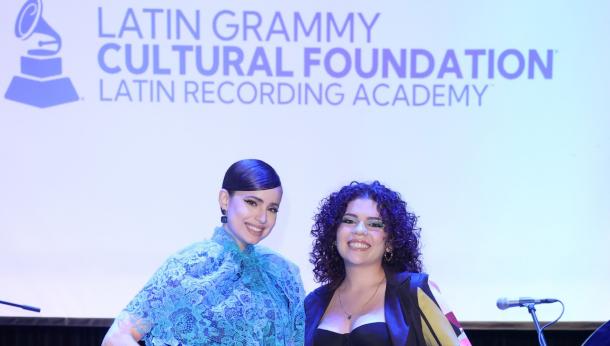 In addition to disseminating and rewarding the talented related to music, the Grammys, through its Latin Grammy Cultural Foundationgrant scholarships to young talents in music.

On this occasion, more than 40 people will receive scholarships to help finance their education.

From the Prodigy Scholarship and Sofia Carson

This year, the Latin GRAMMY Cultural Foundation awarded the Sofia Carson Scholarship to vocalist and student Valentina García, 19, during a special performance with the artist in Miami.

The Prodigy Scholarship (Sofia Carson Scholarship), created eight years ago to support music education and Latin music genres, has a maximum value of $200,000 and will allow Garcia to pursue a bachelor’s degree at Berklee College of Music in Boston beginning fall.

sophia carson has forged a path in music, film, television and philanthropy. She currently stars in the role of Cassie in the hit Netflix movie, Purple Hearts.

She is also an executive producer and one of the songwriters and singers on its soundtrack. Purple Hearts It was the most popular movie on Netflix internationally.

In addition, he reached number one on the Billboard Top 200 chart. He recently released a magnetic debut pop album on Hollywood Records.

Of the fellow and statements

The Venezuelan Valentina Garciawas selected by the Foundation Scholarship Committee from a highly competitive pool of hundreds of applicants from around the world.

Since its inception, the Latin GRAMMY Cultural Foundation has allocated an extraordinary sum of more than $7.6 million dollars to scholarships, grants, musical instruments, and educational events throughout the United States and Latin America.

“We are honored by the quantity and quality of applications we receive for our scholarships. It is inspiring to see the large number of young people committed to their vocation of becoming future creators of Latin music”, said Manuel Abud, CEO of the Latin Recording Academy.

“Together, Sofia Carson and the Latin GRAMMY Cultural Foundation have changed my life for the better. I will always be grateful for their generosity and the doors they have opened.”Garcia said. “My career has just begun, and since I am witness to the impact that the Foundation has, that is precisely the reason why I have decided to dedicate myself to music, so that through it I can help others.”

Of the scholarships awarded

The Foundation also announced the winners of the Talent Tuition Scholarships and Tuition Assistance Scholarships it awards annually, which will allow 43 talented students from diverse backgrounds to have the opportunity to study at some of the world’s most prestigious music institutions. 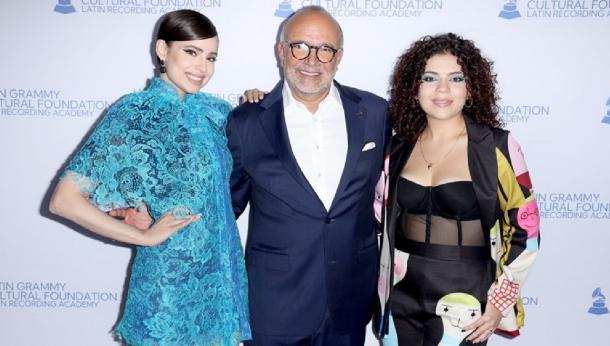 Recipients of the Talent Scholarships for Enrollment:

Each of these three students will receive a Tuition Talent Scholarship, with a maximum value of $100,000 dollars over four years, for tuition at the university or institution of their choice: Ferrán Rico, electric bass player from Spain, Juan Camilo Doria, tenor saxophonist from Colombia and Alejo Villareal, electric bassist from Argentina.

In addition, each of the next 40 students will receive a one-year Tuition Assistance Scholarship, worth up to $10,000, toward tuition at the university or institution of their choice.