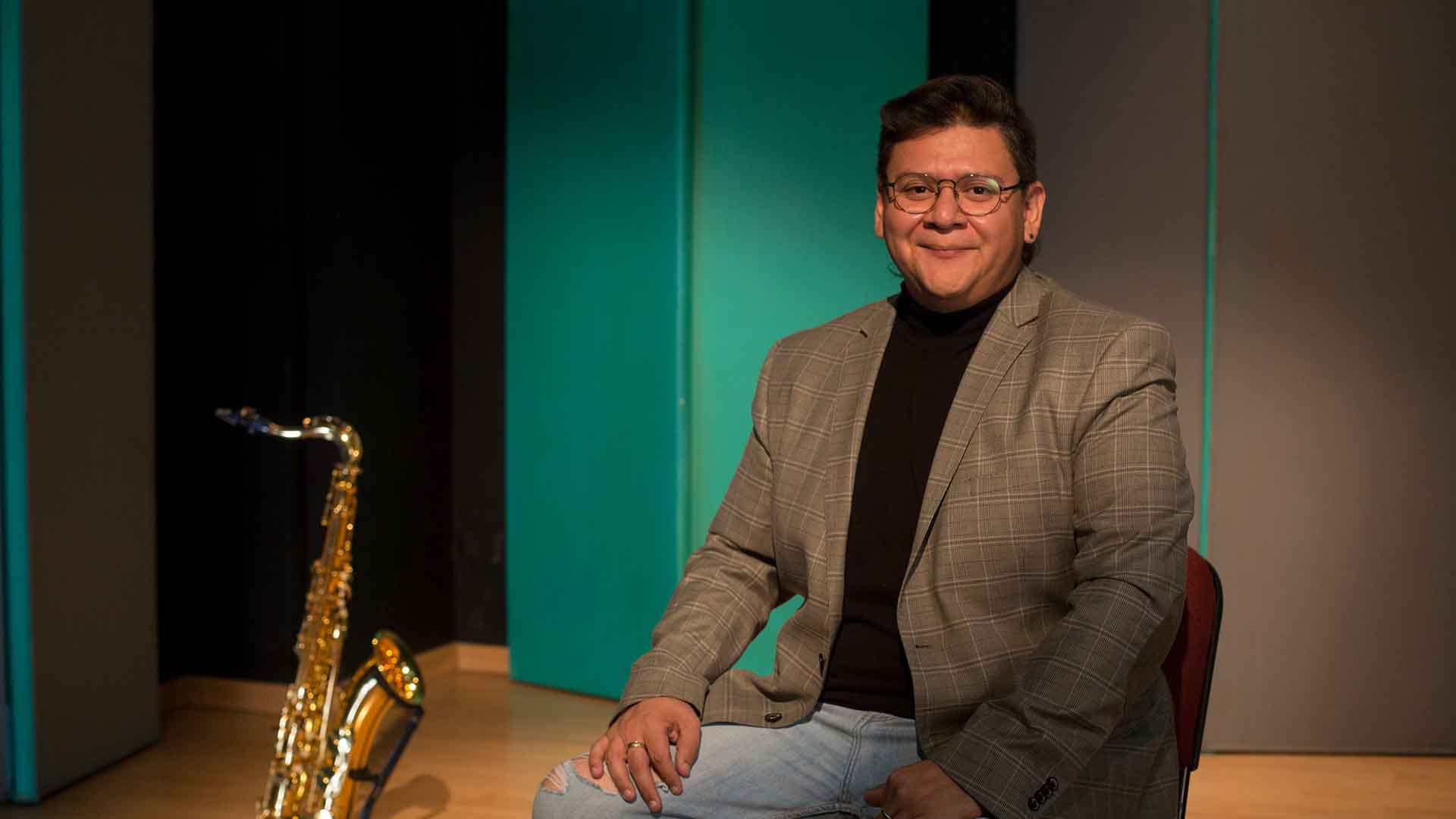 The music of Sabo Romero is dreaming of everything, because he just won his first Latin Grammy 2021 together with El Plan, in addition to premiering music by young composers from Nuevo León with his group Noodus Assemble.

The graduate and professor of the Faculty of Music (FAMUS) of the Autonomous University of Nuevo León He talked about his experience in music, and how music has allowed him to know himself, allow himself to explore and contribute in different musical branches both to his students, colleagues and the general public.

Who is Sabo Romero?

After studying at the FAMUS and having performed his social service right there, Alberto Romero started working as a teacher.

The anecdote about your nickname “Sabo” is simple: during his stay in the classrooms he wore shorts and long hair, in addition to the fact that his favorite instrument is the baritone sax, so the comparison with Sabo Romo, bassist of Caifanes gave him his nickname.

In 2009 he graduated from FAMUS, although he had already completed a few semesters in Technical Medium in Music, from where he began to experiment with music.

Since I was studying at the Medium Technician I had the vision of playing my instrument, but with different styles of music, which has opened up a range of possibilities for me to be with very different musicians sharing on stage ”.

By the end of the tenth semester, Romero had completed his undergraduate degree. His classmates were dedicated in his graduation exam, so he planned to take a year to prepare for his concert, when he committed to a tour with El Plan.

“I took my sheet music to rehearse during tours in the hotel room. I tried to keep it quiet, but when I least expected they would call the room phone to ask me to lower the volume. I did my degree exam until 2013 ”, he commented.

The Plan had been nominated three times in the category of Best Texan Album, where group groups from Texas maintained the hegemony.

For us it was a double award, because in addition to the Grammy, we are the first Mexican group to obtain that category of Texas music. We were inscribing the album until it was really satisfactory that we won.

The Noodus Assemble is an experimental music group, dedicated to premiering works by creators who are interested in composing music for an endowment of instruments such as the cello, horn, piano, violin, percussion and saxophone, a sextet directed by Eduardo Caballero.

All musicians are friends, but it is difficult to coincide to rehearse. See all the technical possibilities that we can do with the instrument, so we give workshops to composers on how they could use a certain instrument, how they could make them sound, write “

Through the Noodus Ensamble, Romero and his colleagues have approached the scholarship recipients of the Centro de Compositores de Nuevo León, to whom they have premiered work.

The Plan could be classified as alternative grupera music, since in Romero’s words, in 2008 they were already working on a sound to what today would be the style of The Weekend.

“We are always trying to bring freshness, because we are concerned that the group leaves a specific stamp,” he says.

Romero highlights that his personality as a saxophonist was the search for versatility, which led him to El Plan. The study of the classical saxophone allowed him to enter the Noodus Ensamble. In the midst of all this, music, the perfect mixture for communication.

“Because you do it with love, always making your own proposal. Noodus makes his proposal, it is a representative ensemble of the north of the country. We premiered works by people from Coahuila, Sonora, Baja California, Tamaulipas and Nuevo León, especially ”, Romero concluded the interview.

El Plan has just recorded a new album, so Romero and his people are working on the final mix of the album, so in 2022 they start motivated by the Grammy, the music and the recognition.

I am an introvert, but when I am on stage I become another person because at the end of the day you are a person who entertains, an actor precisely.

When you are playing music, popular or whatever, and you even close your eyes, you are an actor who feels. In classical or contemporary music you are also an actor, you are transmitting what the composer has already worked on with you, that although it does not have a letter, it has a message and you have to transmit it to people.

Likewise, you are in popular music accompanying a song that contains a letter and you, with the tone of the instrument, have to achieve to transmit what those letters say.