Noel Schajris She’s in her best moment. The Argentine nationalized Mexican singer, who is part of the duo Without flag, has just released the salsa version of “Leave the door open” by Bruno Mars together with Jean Rodríguez and the Peruvian producer Tony Succar. The musical theme has more than 300 thousand reproductions on YouTube.

But that’s not all, since it will also be part of the fifth season of the singing reality show The Voice Peru as a member of the jury. Accompanied by Daniela Darcourt, Christian Yaipén and Eva Ayllón, the artist will have the difficult task of choosing the most privileged voice in the country.

That is why the interpreter of “I don’t see the hour” is in Peru, enjoying the food, the culture and the tremendous musical talent. Infobae spoke with him exclusively to find out what his future plans are in our country.

You have returned to music with “Leave the door open”. What have been your first impressions after the premiere?

I am very happy to be able to sing such a beautiful song. It is a beauty. Completely deserving of all the Grammys she won this year. I loved the idea of ​​singing it in a salsa version, it seems very original to me. It is a very big challenge, but from that I got to know the talent of Tony Succar and I also got to know him as a person.

How was that rapprochement with Tony Succar?

It was spectacular. It was all kind of from a distance, but I just met him at the video shoot in March. A month ago… a month in my life seems like 30 years. We have been in contact about the release of the song, which coincides with me being here (in Peru). I’m happy, very excited with the response from the public. That answer confirms that it would be nice to do a whole album together. We are thinking of doing it.

Tony has been nominated for the Grammys, but unfortunately he did not win the statuette. Do you think he will be able to do it in the future?

Obviously yes… Look, I have a little while and I don’t have an American Grammy, and that I was a member of The Academy. And I was even running for governor of the Grammy office in Los Angeles, and I’ve never had a single nomination, I’ve never won anything. But come on… Of course you can!

With more than 20 years of artistic career, is there any pressure to win a Grammy Award?

I don `t believe. If I were to ask Tony or any musician if they do what they do to win a Grammy… Obviously it’s appreciated (being recognized by the Academy), but we do this out of love. Being able to make music and live from it is the prize. It’s great that there is a statuette, but the real prize is being able to live on what we love.

How do you feel in Lima? Now you will be part of La Voz alongside Daniela Darcourt, Eva Ayllón and Christian Yaipén…

You will tell me what you think (my participation), but I am enjoying it a lot from my colleagues, from the talent that there is in this country. They are very nice people. I want to thank the people of Latina and the production, they have received me with such affection. I’m super happy. 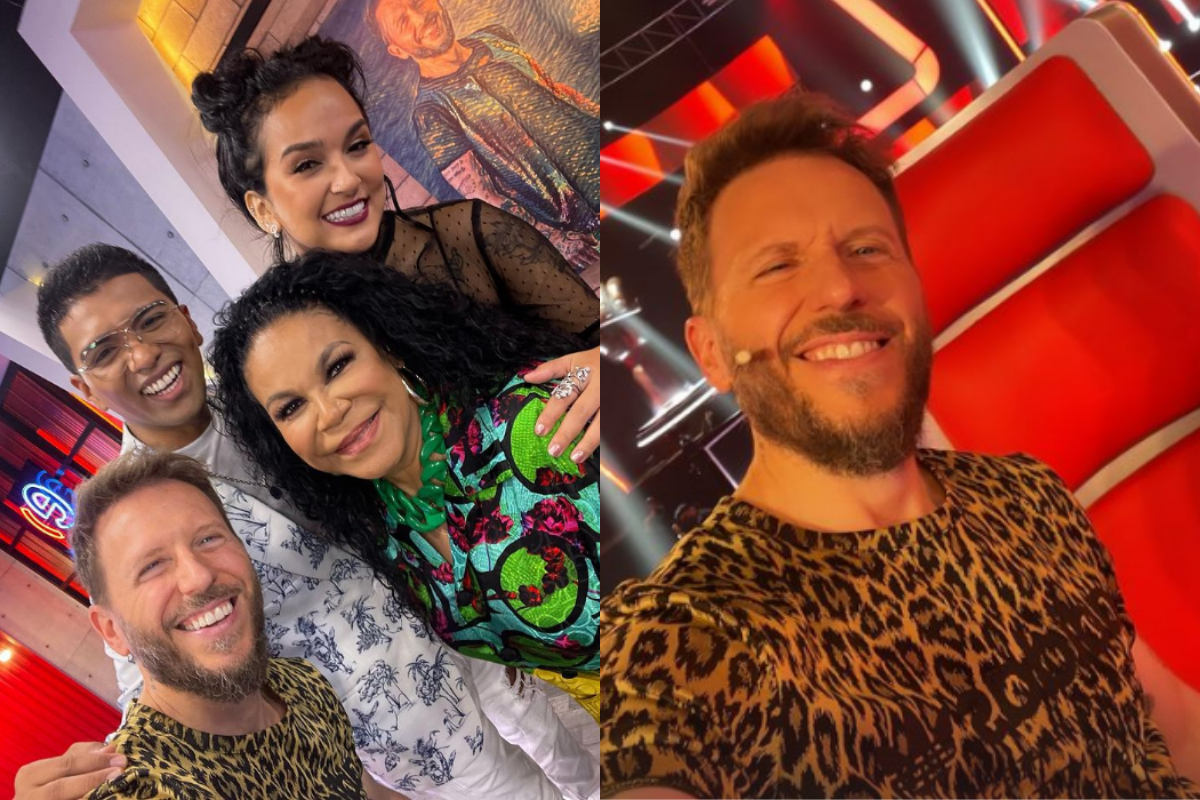 What will be your contribution for this fifth season?

I am contributing everything I can. But more than anything, being a singing teacher. I emphasize the vocal preparation of the participants.

Any Peruvian slang that has stayed with you?

Well, there are various things like “ya pe” and “always, ya?”. Another thing I learned is that when someone says “Callao”, you have to say “Chimpún, Callao” about three times.

Is there a Peruvian singer that caught your attention during your stay in Peru?

All those who are on my team (laughs) and many who are not as well. There is a lot of talent, it is impressive.

Is a collaboration in your plans?

Sure. Aside from Tony, I’m going to sing with my three fellow coaches. It’s already agreed.

You mentioned that you got Covid-19 in January. Do you think that the pandemic marked a before and after in you as a person and an artist?

Yes, I think everyone on this planet. He has been a before and after as human beings. There have been moments of so many things, whether political, economic, regarding life, health, what we do in this world, what is our place on Earth. There are many stakeouts, many internal trips. I think there was growth as a result of it. And desire for a different reality, we are already feeling it. Interesting times are ahead.

But your taste for ballads hasn’t changed… Are you still a hopeless romantic despite everything?

Love will always be there. No matter the rhythm behind it, the poetry must be there. If there is no love or poetry, I don’t feel complete.

Karen Dejo analyzes suing Magaly Medina: “It sullied my honor as a woman and as a mother”
Carlos Alcántara outraged with Speaking Huevadas for jokes about people with Down syndrome
Ibai Llanos and other celebrities who generated controversy when talking about Peruvian cuisine

Noel Schajris is confident that Tony Succar will win a Grammy in the future: “Of course it can!” | INTERVIEW