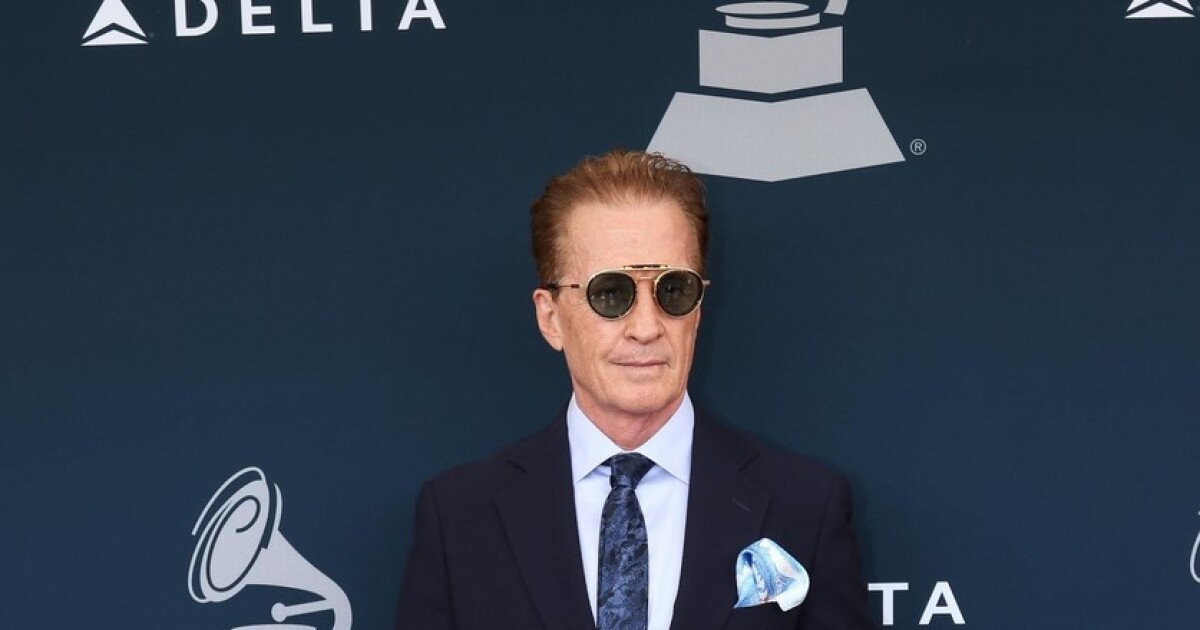 Due to the depth of his lyrics, the emotionality of his interpretation and the explosiveness of his presentations, Emmanuel’s career came to change the ballad and pop industry in Mexico, and led him to be crowned as one of the most beloved artists and recognized of the guild.

And it is that despite the new fashions, rhythms and talents, there is no one who does not recognize or hum the successes that have accompanied his career, such as “La Chica de Humo”, “Toda la Vida”, “Quiero Dormir Tired” or “Todo He collapsed. “Nor, who does not identify some of his energetic dance steps. That impact will be recognized with the Award for Musical Excellence in the annual delivery of the Latin Grammy, in its 22nd edition, which will take place on Thursday 18 of November in Las Vegas, starting at 8:00 p.m., broadcast on Univision.

“(With my career) It happened to me like Christopher Columbus, who wanted to go to a place and came to America. You are discovering your path, and I am very grateful that mine has turned out so positive.”

“For me this award is very important because it is about what you have contributed to music, and my path has been innovative in many things, between the way of making the videos, the music, the songs, the presentations. It was always trying to bring something different or trying, because you don’t always succeed, but I think that looking for that change has been a constant in my career.

“And that brings with it sacrifices and many risks, because you can hit it or not, but fortunately all this effort and this dedication has turned out positive. It has been a very beautiful career, and for that reason, the fact that this award reaches my hands is very important for me, for the people who follow me, and, above all, for my family “, said the singer, in a video interview .

This distinction will also be received by Joaquín Sabina, Gilberto Santa Rosa, Fito Páez, Milly Quezada, Martinho Da Vila and Sheila E. & Pete Escovedo. The Mexican interpreter, upon receiving the news, said he felt honored and looks forward to holding the award in his hands, as it will be a moment that will frame everything he has built in 44 years of career.

“I achieved it with effort, with dedication, with enormous enthusiasm. A dream and many goals that I set for myself as I was achieving the first ones: the first was to record an album, then it was to have a success, then others, then it was to ask myself what to do with the stage and how to transform it, so many things …

“But I did not imagine all this when I started, but I developed it as I walked. It was a situation that arose as I was doing things and finding the way ”, reflected the 66-year-old singer-songwriter.
Hungry for more success and sure that he still has a lot of ground to conquer, he is already preparing his next move, and he warns, excited, that in 2022 there will be new music, with a completely unexpected twist that he was devising in these two years of pandemic.

At the same time, he is preparing his return to the stage for these November 11 and 12 with Mijares; the first date, at the National Auditorium, and the second, at the Telmex Auditorium, in Guadalajara.

“We return with great joy after these two years of pandemic and I believe that the reunion with the public is going to be wonderful, both for them and for us. It’s going to be very special, “he said.

On the way to the Latin Grammy, the Academy prepares to reward Emmanuel’s excellence