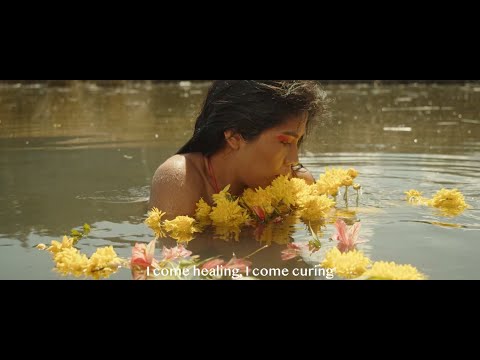 Next to that worldwide phenomenon that is Rosaliaand consolidated proposals such as that of the Colombians Bomba Estéreo, the Venezuelan Arca, and the Argentine Ca7riel, the Best Alternative Album category of the Latin Grammys 2022 saw the appearance of a new and unknown project by many: it is called Afro-Andean Funk and is made up of the Peruvian Araceli Poma and the American Matt Geraghty. The nominated album, “The Sacred Leaf”, has only been published four months ago, but it is already competing in the highest competitions.

READ ALSO: Peru at the Latin Grammy: know how many nominations and victories we have had. Why is this 2022 special?

“Neither Matt nor I remembered the day the nominations were announced,” Poma says of how they found out about the award. A follower sent me a comment congratulating us, and it was only after that that we entered to review. We are just frozen”.

The nomination for “The Sacred Leaf” is remarkable because it is one of the strongest and most disputed categories of the Latin Grammys. To get an idea of ​​this David vs. Goliath fight, Afro-Andean Funk has just over 500 monthly listeners on Spotify, while Spain’s Rosalía – nominated for her ubiquitous “Motomami” – is close to 40 million. “One of the benefits of being included on this list is that know that more people will listen to us. That’s the most important thing for me”Geraghty adds. And he is right.

“The Sacred Leaf” is an album that mixes Spanish, English and Quechua naturally. And that, musically, blends traditional Peruvian rhythms with contemporary instrumentation that drinks from different origins. “It is an experiment in which we seek to connect the music of Peru with that of the world, but in a sophisticated, sensitive way, with a lot of respect for the roots”, explains Geraghty, who is the producer of the album and has been researching the music of our country for several years. In fact, in 2020 they also got a nomination with their project “The Warrior Women of Afro-Peruvian Music”.

Poma, for her part, puts her voice on the album but has also written all the songs for a production of this magnitude for the first time. “Peruvian music is my day to day. I have fed on it, I have grown up listening to the old masters and I have connected with the new generations. That’s why I keep working hard to spread it”, affirms the artist.

The Afro-Andean term that the band carries in its name also alludes to that often invisible mix of two important ethnic groups within Peru. As a descendant of Andeans and an Afro-Peruvian, Poma highlights the importance of embracing that integration. “For a long time, within my own Andean family, they hid our black grandfather from us, because it was “better” not to be known. But I think that Now those things are taken care of, they are discussed. Things are changing somewhat, but there is still a lot to do”, he highlights.

And there is also much to be done in other social aspects, such as the search for justice. In that sense, “The Sacred Leaf” is an album that does not shy away from protest. One of its songs, “Fighter of the Ande”, speaks openly about the forced sterilizations that occurred during the Fujimori government in the 90s.For me, as a woman and as a Peruvian, it was important to join the voices of thousands of women through music. And music is a sacred space, the message is more honest. music doesn’t lie”it states.

The 2022 Latin Grammys will be delivered on November 17.

The other Peruvian nominees are Susana Baca, Eva Ayllón and Nicole Zignago.

Afro-Andean Funk’s “The Sacred Leaf” can be heard on Spotify, YouTube and other platforms.

Peruvian Araceli Poma on her Grammy nomination: “The most important thing is to know that more people will listen to us”