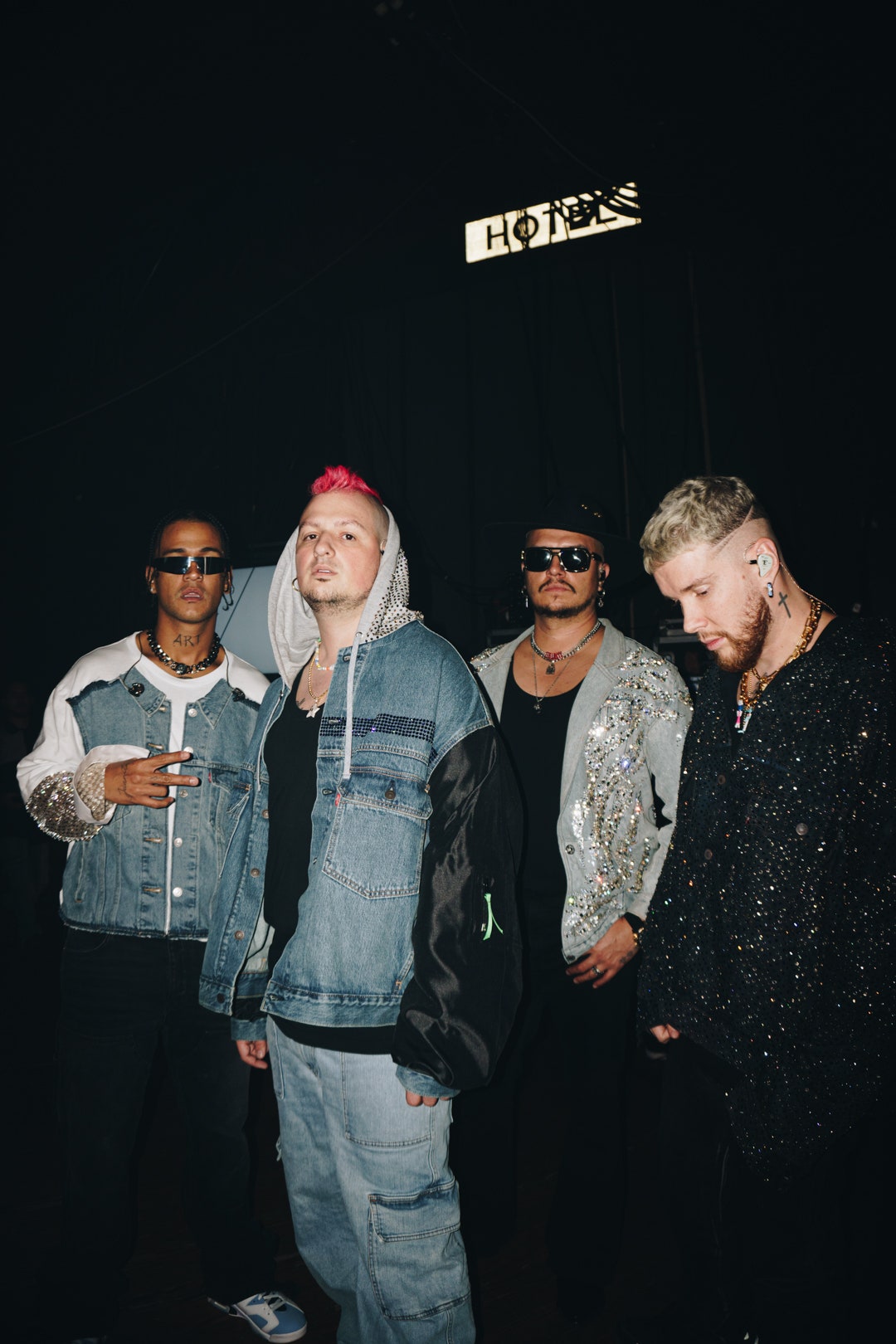 At the beginning of the millennium, four boys would gather on the roof of a building in Medellín to compose songs and play some music. They didn’t know it at the time, but they were destined to become the pioneers of urban pop in Latin America. David Escobar “DIM”, Juan David Huertas “El Profe”, Pablo Mejía “Pablito” and Juan David Castaño Montoya “Llane” (currently embarking on a solo career and relieved by David Lorduy) grew up in the Colombian city at the start of the reggaeton and Latin pop, with emerging compatriot artists such as Shakira or Carlos Vives. Her first album, with a romantic and melodic sound and that contrasted with the youth music of that time, he already stood out, being nominated for the Latin Grammys of that year.

Since then, the rise of this boy band has been unstoppable due to multiple factors. The charisma together with careful voices are combined with chameleon-like flexibility and a keen eye for collaborations. Leaning on unusual musicality urban genreto which they have grown closer over the years, the quartet has an extensive list of featurings: Nicky JamPaulo Londra, Sebastian Yatra, Maluma, Zion & Lennox, Mike Towers and even the American Hip-Hop group Black Eyed Peas have had the chords of the paisas. With a new record under the arm, a hit with Lenny Távarez and Chencho Corleone which has more than 8 million views on Youtube and a recently completed tour of Europe and Latin Americait seems as if the climb of Piso 21 is getting easier.

You have been together for more than 10 years. How did you meet? What made you form a music group?

We would say that music was finding us. We got to know each other at parties playing the guitar and making songs. We began to meet on the top floor of a building back in Medellín, hence the name “Piso 21”, to compose songs. And around that we forged our friendship. After so many songs, we said to ourselves “Well, we’ll have to record something, right?”. Most of us were finishing high school, at that stage in which one does not know whether to dare to give everything for the dream or not, but 15 years later we have fulfilled many of those dreams and many more remain.

In your beginnings you opted for a romantic and musical pop, a touch that you still have. What attracted you to that genre? What were your musical references then?

Like all artists, one is born hearing references before creating their own identity. In Medellin at that time what was heard was reggaeton and Latin pop (like Camila), so we started writing and using that sound.

The first album was pop, but we tried to put elements like the dance-hall in I need youin empty wagons we collaborated with Shako, who was a reggaeton player… We tried to make that union, because we didn’t have it so fine then. Over the years we found our own sound. I think that the association with Nicky Jam, which brought us closer to the urban, definitely marked our style and differentiated us from the rest.

You have collaborated with many artists of various genres over the years. Do you have a particularly close relationship with any of them? Which artist would you like to collaborate with in the future?

With Maluma, for example, we keep a particular respect and affection. She is a person who has always given us support from the beginning and is always willing to collaborate with us, we have already had three songs together. That’s why, whenever we think about doing something with him, we work hard so that he likes it, because he always says yes.

We still have a long way to go, but we are trying to take the right steps to do work with global artists. A dream of ours would be to do something with Bruno Mars. Now that the Latin world is stronger, a good way to open up to the international market would be to collaborate with bad bunny, which would be an honor too. We are left with the desire to collaborate with Daddy Yankee although we trust that he has not completely retired (laughs).

Will this new stage be marked by urban music or do you leave the door open for other genres?

Definitely. Piso 21 is a band that goes a long way and that is our forte. We can do bolero, salsa, bachata, trap… We work on the songs individually, so we can sit down in the studio one day and one thing or another comes out. And around that, we think of collaborating with certain artists: we can think of Alejandro Sanz or Ricardo Montanel if a bolero comes out or in Romeo Santos and Juan Luis Guerra if a bachata comes out… And if the opportunity arises, of course. We have never limited ourselves.

The single you recently released with Lenny Távarez and Chencho, CXO (Who Doesn’t Like It), is being a success. How did this project come about and what was it like working with them?

Yes, that song has been very important for the band because it has brought us quite close to the most Puerto Rican reggaeton. We were looking for that a bit, that the Puerto Ricans they would stand up and say “Piso 21 can also be ridden in a perreo”. Make one more genre song as we say there. This collaboration marks a little the way we want to follow now.

Piso 21: “We have been hearing for years that reggaeton was something temporary, now we are in the Billboards or in the Grammys, and many Latin artists are above the international ones”