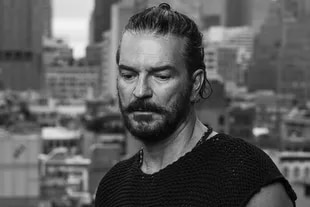 The world of music, particularly Latin music, has taken different directions in recent years and there were several singers who chose to ride the trends to continue their career. Collaborations between artists became one of the strongest bets in the fight to get more reproductions on the different platforms, as well as the search for that sound that is repeated everywhere.

However, some decided to stay true to their style instead of joining the “fashions”. Ricardo Arjona was one of them and made 24 songs at the emblematic Abbey Road studios London, getting closer to what he knew how to do and moving away from the demands of music in Spanish. He chose record live, with instruments and equipment from the 60s and without great use of technology. Despite more than a million and a half people said present in it black and white tourwas not one of those chosen by the Latin Grammys and their managers released a statement where they talked about it.

“While everyone was looking for a place close to fashion and to what was established by the sound of radio and digital platforms, Ricardo Arjona ventured into the production of 24 songs recorded in London trying to contradict everything that existed in music in Spanish and clinging more than ever to what he knew how to do ”, the statement begins.

“One more time this industry loner chose his own path. The rest decided to look a little like what was happening or insist on collaborations to try to get out in a Hispanic-American world where it seems that there is only one type of music”, he continues.

Ricardo Arjona has been an independent artist for 12 years. Although the public chose him and chooses him and so far this year more than a million and a half people saw him on stage as part of his tour black and white, not everyone thinks the same, particularly the Latin Grammys, who did not include him in their list of nominees despite the success he had. In the statement he specifically refers to that: “Do not expect to find him in the Latin Grammy nominations because this artist surrealistically has more American Grammy nominations than Latinos, perhaps because of the same independence and the path he chose, away from gala dinners…”.

Within black and white almost 100 concerts between Europe and Latin America have already been performed and it was designated as one of the 20 most powerful tours in the world next to Coldplay and several more. Although the interpreter of “El amor que me tenía” is not one to play more than once in the same place, the demand of his public is difficult to ignore, so revisiting several of the countries where he has already performed is It became a hard plan not to stick to.

But, Blanco y Negro is not the only proof that music without any additions or special arrangements can be successful. Their streaming, old fashionedmade in 2021, became one of the three most viewed on the planet and showed that both he and his music are still more alive than ever.

“While the industry seems like a dying animal, there are still daring adventures that defend the raw material that is also the most forgotten… THE SONGS”, concludes the statement and reveals the pain of Arjona’s work team after the Latin Grammys turned their backs on him.

The Mexican group Matisse will start 2023 with a new album and a Latin Grammy | The US Newspaper
Evaluna and Mon Laferte wore their bellies at the 2021 Latin Grammys
Ian Anderson on Jethro Tull's scandalous victory over Metallica: "They took it with humor"
Tweet
Share
Share
Pin
Other links: https://awardworld.net/resources/