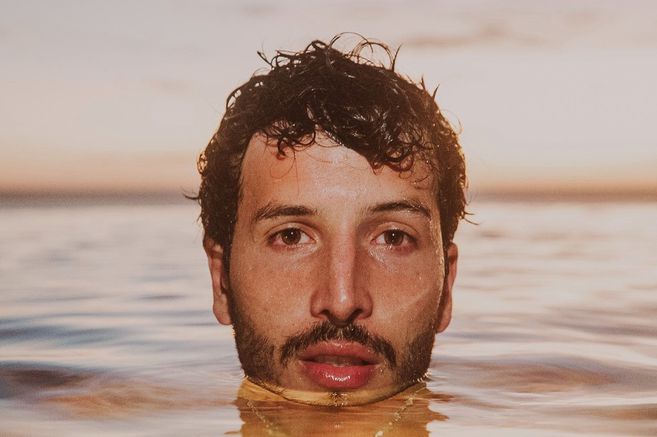 The artist who ranks #47 on the list of most viewed artists on YouTube is building the pillars of Latin music within the music industry, through 2.3 billion combined album views ‘dharma’with releases like the smash hit “Pareja del Año,” “Chica Ideal,” and the Latin Grammy-nominated ballad “Adiós,” premiered by the talented, award-winning artist last year.

The super pop hit “Tacones Rojos” continues to test the strength of sebastian yatra to generate music that makes you feel good, maintaining its lead with a pop song in a genre dominated by reggaeton, and reaching a new milestone this week by reaching #52 on Spotify’s Global Top 100 chart, reaching + 246 million streams and growing exponentially in global streams and radio charts.

“I make music to heal all the parts of my heart”, Sebastian shares about the variety of emotions within the album, ‘Dharma’. The songs express shared life experiences mosaically through lyrics that communicate honest, and sometimes chilling, memories of emotional moments like fear and joy, sexuality and sadness; performed on rhythms that transcend gender expectations; from pop to the retro of the 80s, passing through reggaeton (“I came back”), ballads (“Tarde”), cumbia (“Amor Pasajero”) and flamenco rumba until reaching the ode developed by the creator of hits to the punk rock genre of the early 2000s, (“Las Dudas” with Aitana).

the platinum single “Runaway” with Daddy Yankee and Natti Natasha also features on the album, as well as six new singles including a fun theme with Lenny Tavarez & Mariah Angeliq, “Si Me La Haces”, and the song that baptizes the album, ‘Dharma’, which started it all, a collaboration with Rosario Flores and Jorge Celedón. This single combines vallenato and flamenco rumba with the original sound of Yatra.

Both the album and the single took inspiration from that word. “Dharma is part of life’s journey”, Sebastián Yatra writes. “It is destiny. It’s natural. It flows and is what it is meant to be. It’s about accepting reality and accepting life for what it is.” The word dharma is the opposite of the more popular concept “karma”, which Yatra defines as “what comes into your life because of the things you do”. He goes on to say, “Dharma is a gift.” The good, the bad, the happy and the sad are illustrated in music. “Even though some songs are sad and others happy,” he says, “they are all part of our existence and love.”

‘Dharma’ demonstrates the artist’s continued musical versatility across musical styles. When the singer-songwriter starts a project, he makes music from the heart and explores the sounds that touch those emotions. The artist conquers hearts through his lyricstheir collaborative visuals and their interpretive charisma, which is made more evident through their two releases that currently belong to the Billboard Top 50 Latin chart.

The talented presentation of the Colombian singer-songwriter of the theme, “Dos Orguitas” from The Walt Disney animated film, ‘Encanto’ has marked a new milestone in the artist’s career, since he made his debut within the list of Spotify Top 50 in the United States at position #45, as the only song in Spanish to be part of this list. In addition, it promises to be one of the favorite songs for the Oscar list and was also nominated for the Critics Choice Film Awards, honoring the original work of acclaimed composer Lin-Manuel Miranda.