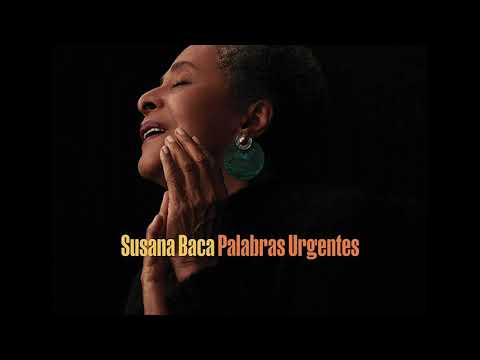 Excited, this is how the voice of Susana Baca through the telephone wire that connects us with her, in her apartment in Chorrillos. With her honesty that characterizes her, she does not hide her desire to win the Latin Grammy again and add her fourth statuette. On this occasion, she is a candidate next to her, in the category of Best Folk Music Album, Eva Ayllón. The album “Palabras Urentes” has already received various awards, including the award for Best World Music Album in the Americas, awarded by the prestigious English magazine SongLines, which Baca will receive in London in just over a month. On the origin of this work, which took three years to see the light, the singer-songwriter recalls that it was born in response to an event that shook the country. “It was in 2018, because of the outrageous audios of shame. One wondered how these things could happen. It was as if we had been passed over. We were treated like ignorant people who can deceive us at any time”. At that time, he was waiting for the arrival in Peru of producer Michael League, leader of the band Snarky Puppy, and his work group to record a dozen songs that he chose very carefully.

READ ALSO: Susana Baca: the memory of her mother, a cook for rich people, and how she marked her destiny in music

After a long international tour, the concert “Urgent Words” -which has toured Europe and Latin American countries such as Puerto Rico, Colombia, Argentina and Chile- arrives next October 8 at the Gran Teatro Nacional, where once again the three-time winner of the Grammy promises to captivate with his voice and message.

Susana Baca / Singer-songwriter He comments on its validity and the great musical moment it is going through.

─Is any specific theme a direct reflection of what you felt at that time?

There is a very strong one, the tango “Cambalache”. It was composed back in the 30s, but its lyrics are still very current. You can sing it to the corrupt people in Argentina or in Peru, here we even have something to give away. There is a verse in the song where honest people and heroes are compared to immoral people and swindlers. It doesn’t matter this one or that one because everything is wrong. Only the names change, but the situation remains the same. This happens throughout Latin America, unfortunately. The Odebrech thing was a scandal that we have not forgotten.

─What other songs stand out from this album?

They are all beautiful, but I remember going to a Bicentennial exhibition that paid tribute to the women who fought for independence. It was very interesting but there were very few recognized women. That is why the song “Herida Oscura” dedicated to Micaela Bastidas and another in homage to the Bolivian heroine Doña Juana Azurduy, who bears her name. On the other hand, my records never lack poems dedicated to love like “Cariño”.

─This year four Peruvian women have been nominated: Eva Ayllón, Aracely Poma, Nicole Zignago and you, what feeling does this recognition generate in you?

Peru is monopolizing nominations and awards. This is like a window that opens and hopefully it will serve as a stimulus for the young singers who undertake their personal projects with great faith. If they make it theirs they will see that they will be recognized. You have to do it without fear. Sharing a nomination with Eva in the same category is a joy, although we haven’t been able to talk yet. Aracely is a young woman with a lot of grace and dedication, she is doing very well and improving every day. I haven’t listened carefully to Nicole yet, but these days I’m going to because she makes me very excited.

─In the last decade, urban music singers, and reggaeton in particular, have been the most nominated for Grammys. What is your opinion on this genre?

For some time I have been hearing many comments about this music, but the truth is that I had not heard it until one time when I was in Europe, on the beach, they played music by Maluma. They had to change the songs because on that particular song that she played she talked about women in a horrible way. I really don’t understand how the girls applaud him. There are others who do the same. But I have also heard improvisations in Peru. For example, there is a young man, Gustavo de La Torre, who writes sung verses and they are very political. I love them because it is a complaint, it shows the indignation that young people feel towards politics in our country. For me this is the new protest song.

─With 78 years of age, and so many awards in recent years, would you say that you are in the best moment of your career?

I think so, I dedicate myself deeply to this and I continue working. Thank God I have courage and will. When I sing I am not 78 years old, I am 20. Music, in particular, rejuvenates me, as well as sharing with young musicians who come up with new things and are renewing our music. As long as I have strength and the illusion of moving people I will continue singing.

─At this moment, what would you say are those urgent words that we Peruvians need to hear?

That we cannot continue to elect people who are not competent. They do not come to serve but to be served. They are people who easily fall into corruption. We Peruvians must train ourselves and investigate better who are those candidates who offer you everything to capture your vote, but who later realize that they cannot do it or forget to fulfill what they promised.

The concert will be presented on Saturday, October 8 at 8 pm at the Gran Teatro Nacional (Av. Javier Prado Este 2225, San Borja). Tickets on Teleticket.

Susana Baca: the story of the album that was born in response to an event that shook the country and today is nominated for a Grammy

I dance the reggaeton world in 2022... Will the new year be the same?; Like it or not, the numbers ...
Grammy Awards 2022: the nominees for the main categories
From the X Factor to the Latin Grammys, this was Farina's rise in the urban genre - KESQ
Tweet
Share
Share
Pin
Other links: https://awardworld.net/resources/