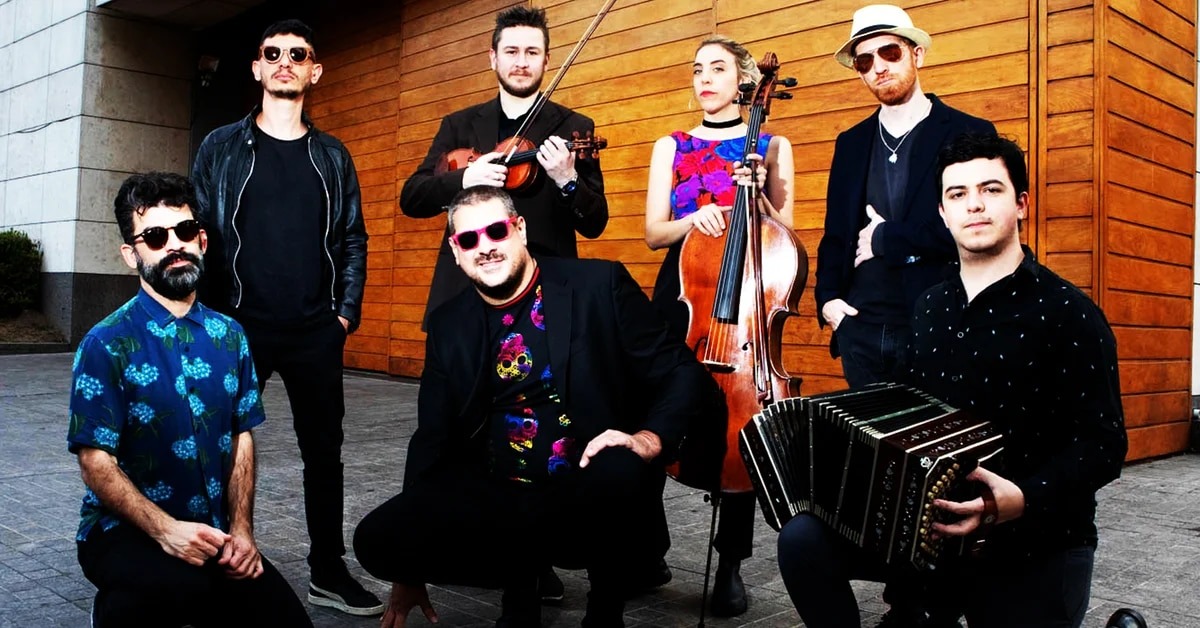 “The spirit of tango continues to be fusion. And somehow, the inclusion”, assures Max Masri in dialogue with teleshow. He is a composer and producer of tanghettothe electronic tango orchestra that has been in the ring for 18 years, being one of the most recognized of its kind -both in Argentina and abroad- and which also professes relevant activism in inclusion and equality.

In the last two years, they released two albums that received significant pampering from the music industry. On the one hand, reinventing (2020) was nominated for the Gardel Music Awards for Best Tango Orchestra Album.

“That was very important because that category was reserved for traditional tango. So we feel it as a recognition of the tango that is done today”, says Masri about this album that was colored by the mood of the pandemic. “We were about to go to Europe on tour and the quarantines began. We recorded it largely during the pandemic and it was our way of reinventing ourselves, of channeling that touring energy into these recordings,” he explains.

Last year they launched Tanghetto Plays Piazzolla (2021), which was among the best tango albums according to the Latin Grammys. “It is our tribute to the great master deconstructor of tango. It was very exciting to perform his works on an album that maintains the spirit of Tanghetto, nurtured by the great work of Maestro Ástor, who is a great influence on us. It was a challenge to reinterpret it, but we had a very good impact, ”he says.

When in the late 90s and early 2000s the electronic tango orchestras began to do their thing, the traditionalists expressed their resistance to this. Something similar to the reception that Piazzolla’s music had at the time it emerged (he was considered the “enemy of tango”, a nickname that Ástor himself boasted about). “What happened with us is that, when records were sold, we sold a very large amount. And a typical tango record sold much less. The differences were very large. I think that certain people in tango felt that this was something too strong. Perhaps they felt that threat of the type: ‘They are going to destroy tango’”, reflects Max about it with a smile.

Regarding the value of electronic tango orchestras, he considers: “The tango that we do reaches people who are alien to the genre. And perhaps from our music, they begin to be more interested in tango”. Likewise, he considered that Tanghetto “transcends electronic tango”: “We can do a traditional tango without any problem, or do Piazzolla, or electronic tango… We expanded our fusion and we have the possibility of playing in a tango festival, in one of jazz, world music…”, he says.

Tanghetto in a show, with Pedro Aznar as guest (Courtesy: Tanghetto)

As for expanding musical frontiers, Masri says that they had the contribution of guests from other fields, such as Pedro Aznar (“We composed songs together”), Leo García and Peteco Carabal, but also tango icons such as Amelita Baltar and Guillermo Fernández. “The idea is to work with different artists in pursuit of the ideal fusion. Because that is where you find the proposal of the other, so that something that is always new can arise and with the intention of exploring something different, ”he explains.

On his last tour of the United States, Masri remembers collaborating with rappers from the underground New Yorker in a show at Lincoln Center. He also says he is aware of the merger Ysy A, local trap icon, performed with tango. “What he did seems good to me and I would like him to do it more. And it’s more, I would like to collaborate with young artists to explore and do something new”, he assures.

Regarding his militancy for inclusion, Masri recalls that Tanghetto played in “the first queer tango festival in Argentina, in 2007. Prehistoric: there was no same-sex marriage law.” And among other milestones in that sense, he says: “We also made a video for the gay milonga La Marshall, for a song called ‘Mente fragile’, based on a love story between two women. They showed it on MTV, but they didn’t want to show it on the existing tango channel. We have played in gay milongas… When we played at Lincoln Center we invited a gay couple who gave a queer tango class before we played. We have enough inclusive activity“, He says. Tanghetto also performed a particular version of the deconstructed Argentine National Anthem, together with tango dancers, young and recognized in the international tango environment.


For the immediate future, Masri hopes that Tanghetto will be able to do the European tour that was cut short by the pandemic and also the release of an upcoming album, in which there are songs with Pedro Aznar, Peteco Carabajal and León Gieco.

* tanghetto touch this friday february 4 at the First Electrotango Festival of Buenos Aires. It will be in Warehouse B (Cochabamba 2536, Autonomous City of Buenos Aires).

The unexpected reaction of China Suárez after a rodent entered her house
Yao Cabrera’s best friend spoke about his health: “He has a cracked rib”
The special gift that Marcelo Tinelli gave Susana Giménez for her birthday

Tanghetto: “The tango that we do reaches people who are alien to the genre”