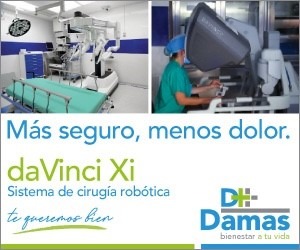 “I haven’t even had time to sit down and read the newspaper,” snapped Juan Riestra upon arrival.

“I had them accumulated since last week,” he stressed. And it is that this history teacher is methodical when learning and does not leave any without reviewing. It would be like missing an episode of a series you’re hooked on.

“What I do is throw away what doesn’t interest me and I put together a newspaper with the articles I want to read,” he said with a smile.

Juan Riestra is a teacher, musician, writer and great friend. He has to admit it. That’s why I opened two beers to greet him and ask him how his day was. It is 3:30 in the afternoon and he has just arrived from work in Caribbean Schoolwhere he has worked since 2007.

The joy of the first days of September is still reflected in his face, after he played with his band Los Bohiques in the Entretelas exhibition by renowned artist Antonio Martorell, who was also inspired by two of his songs to paint two new works.

La Perla del Sur (LPS): This meeting with Martorell was the icing on the cake this past year, right?

JR: I’m still in absurd disbelief. On the one hand, I find it hard to believe, but it’s absurd because I have overwhelming evidence that he appreciates and values ​​what we do.

Martorell had an artistic crush on Riestra the day he saw him play for the first time in his workshop in La Playa de Ponce, in an activity organized by the painter and the teacher went so far as to “set the scene” with his music.

“People were looking for Martorell and they wanted to talk about his work. However, I could see that he made a real, genuine effort to listen to what we were singing. He asked us questions between songs and, when he finished the activity, he told us that he wanted to do collaborations”, said Juan, or Juani, as he seems to prefer.

Martorell wanted to listen to them well first, more attentively, with fewer distractions. With that idea, he invited them to a musical gathering in his own house, with him and his team, to look at each other’s faces, seek feedback.

“It was a very tasty gathering. We sang and between song and song there was a conversation, an interest and they asked us things. How nice when someone really pays attention to what you write! If he even gave us suggestions between wines and picadera ”, Riestra continued.

It was at that moment that the idea arose of painting Juana Díaz, a freed mulatto woman from the 16th century after whom a municipality neighboring Ponce was baptized, and Justina Rochet, a French woman who helped import weapons for the Grito de Lares in 1868. Both women protagonists of two songs by Los Bohiques.

From yawning to crying

It was in 2010 that Juan began to concretize the idea of ​​singing and teaching.

As he talked about the fascinating stories of pirates who stalked Puerto Rico in the past, he watched as some of his students yawned. “I remember reading about the pirate attacks on the city of San Germán, and when I tried to tell my students about it, they didn’t see the epic or the epic that I wanted them to see.”

Something had to be done. Measures had to be taken. He changed the strategy and along with the formal content he began to teach them bomba and plena.

He asked them to buy tambourines and five of the most enthusiastic got the kit of three, so they had 15 of those instruments to practice.

They learned the basics and started working on their first song, Cimarrona plena-rock that talks about a black slave who escaped from captivity.

Such was the success among the students who played it on Puerto Rican Day. “That was magical! I took out my electric guitar and I put them to play the tambourines. Those rehearsals were extremely emotional.”

Although the composition was largely up to him, Riestra often left unfinished fragments for the students to complete and thus include them in the creation process.

The following year, in 2011, he wrote his second theme, Guasabara, which tells of the indigenous rebellion of 1511. When they sang it, says Juani, it was epic. It caused such enthusiasm that even the volleyball team took up the choir as a rallying cry to intimidate their opponents.

“The first time that happened it was exciting, I didn’t know what to do. When I saw that it came out of them I couldn’t believe it, ”she confessed.

In 2015 they released the song Pirates of San German, a more ambitious theme, with more words and changes of pace. “It was a very big challenge. I wanted students to feel the same way I did when reading about it. I shyly showed them to them and they went crazy. The boys were even crying with joy,” she recalled.

“Before I saw them yawning and now seeing them cry was like a miracle. Seeing 40 students in a school bus sing until they are hoarse, sweat and cry with joy, that is unique”.

The plenary session of the hurricane and the president

In 2017 Riestra celebrated ten years living in Ponce and wanted to celebrate it.

It had new songs like that of Correa Cotto, a legendary outlaw from Ponce who killed ten people in one sitting and fled from the police for more than a year and a half, and the second part of Pirates of San German.

He got excited and organized his first concert outside the classroom in a central bar in town, which he called Bohíques All Starswith the intention of bringing together students from different eras.

“That first show was so powerful. A choir of about 40 people sang pirates in unison It was like being on a pirate ship.”

After that successful presentation Hurricane Maria came with its devastation, and everything stopped.

LPS: I remember that at that moment the Plenary of the hurricane and the president.

JR: Exactly, although I didn’t want to put that song as part of the school curriculum. However, we went to help some affected communities and there some fourth year students heard me singing it and they loved it. They told me “Riestra, we are going to sing it on Puerto Rican Day”, and I had to stop them. There were a few who liked that subversive issue.”

“The hurricane hit Borinquen very hard, and today the president is coming to visit us, one that our people have not elected, the president of the United States,” says Riestra’s song, in what is a sound lash to the visit of Donald Trump to the island after the passage of Maria.

“I want Juan Riestra to sing for a moment”

It was in 2019 when Riestra and Los Bohiques entered the radar of the renowned Mijo de la Palma. Juan had attended one of the singer-songwriter’s intimate concerts at a mutual friend’s house. When he arrived, this friend told him: “Mijo has to listen to you.”

Juan did not give much importance to that insinuation, which seemed more like a pleasant flattery in the hallway. He settled down to listen to the concert quietly. The music and the public delighted him. Everything was predictable until he heard Mijo say through the horn: “I want Juan Riestra to sing for a moment”.

Mijo did not know him, nor his music. He lost his stone and went to the stage determined to sing Liberty Water. By that time she had written two new songs, Constancya love story from the 16th century, and this one, which narrates the liberation of newborn children of slaves at the foot of a baptismal font in Mayagüez, in the 1800s.

“It was one of the first times that I dared to sing alone and with a good audience. It was very exciting”, and he thought that the project Los Bohiques yes I could succeed. “The show wasn’t mine, people didn’t come to see me, they don’t know me and they liked my music.”

Mijo was crushed and invited him to repeat with him in San Germán, Cabo Rojo, Isabela, Aguadilla…

this rock is my home

LPS: Your songs, in part, are like hymns, which many people sing in chorus, in unison…

JR: Yes! I’m fascinated by hymns and I’ve wanted some of that in my songs.

LPS: Just like Bad Bunny, who says “I don’t make songs, I make hymns so they don’t expire”.

JR: Ha! Well, at least I want them to be singable songs.

These “anthems” of pirates, rebellions and freed slaves reached the ears and throat of the renowned activist Eliezer Molina, who echoed them to Rincón, to the Carey camp on Los Almendros beach, where dozens of people demonstrated to prevent the construction of a private pool on the same shore and where the largest canvas of protest said “The beaches belong to the people.”

There, in the midst of skirmishes and fights with the police, they sang, among others, their song Pirates of San German. “I wrote that to apply to the 16th century, but also to those who rob us today, but I never imagined that people would sing it in protests to defend the beaches or on Resistencia street against LUMA and the administration,” Riestra reflected.

“Your project has a message that Puerto Rico needs and has to listen to,” Eliezer told him, and Riestra, in his language, sang “…and when the pirates come back, I want to show them that this rock in the seas, is rock is my home”.

In that same troubled town of Rincón, he crossed paths with Emil Martínez, better known as El Hijo de Borikén.

This rapper, also the author of song-hymns like We are more either Liberty Seedhad him as the opening act at one of his concerts and the connection was immediate.

The meeting took place in a bar in the square and “it was an electrifying thing. It was the first time I saw a place full of people where no one had been a student of mine and they knew our complete songs, not just the choirs”, exclaimed Juan.

Emil congratulated him and told him that he liked what he was doing, in a kind of artistic blessing. They even got together to hang out and conspired with musical ideas and talked about future collaborations.

To sow and harvest

Riestra and Los Bohiques they are in a moment of growth, “on the rise” as a stockbroker would say. And it is projected to continue like this, since according to Riestra “there is a genuine interest in the history of Puerto Rico, there is a patriotic awakening, there is hunger and, in turn, a lack of communication of history.”

That is why his interest that this growth makes his compositions spread through the classrooms. There are two types of historians, he comments, those who investigate and deepen and those who divulge and write for the general public. In this last link, he assures him, “Puerto Rico is well behind.”

“I have the illusion that the teachers discover the project. Teachers are very frustrated and discouraged. Both publicly and privately, little is earned, resources are scarce, and deterioration is seen everywhere along with corruption,” he pointed out.

“If my music can be useful to teachers so they can use it in their classroom, it would be a great joy, it would be more than winning me a Grammy,” he said.

Alex Ubago in Trome: "J Balvin was wrong, the Latin Grammys do not always reward the most popular"
The Grammy winner who teaches you the key to making "successful music"
Eduardo Cabra sees “a before and after” his 47 Latin Grammy nominations | The USA Newspaper
Tweet
Share
Share
Pin
Other links: https://awardworld.net/resources/