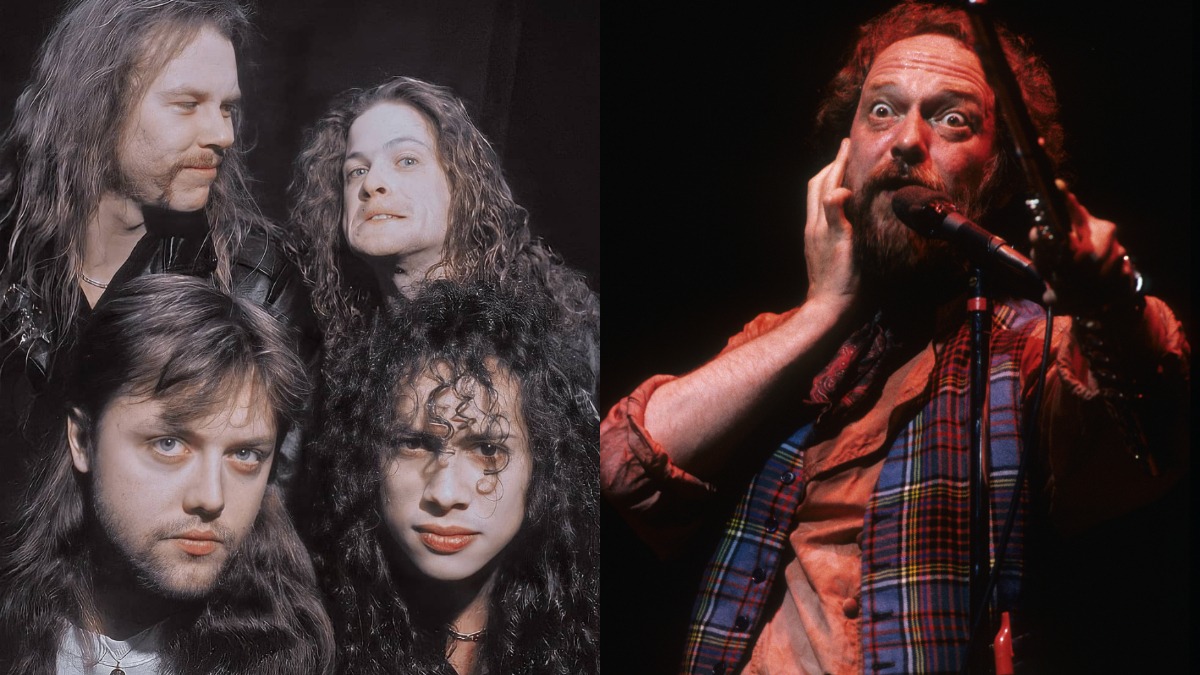 The National Academy of Recording Arts and Sciences made a bid to prove it could keep up on February 22, 1989 by presenting the first Grammy Award for Best Hard Rock/Metal Performance (Vocal or Instrumental).

Alice Cooper and Lita Ford rose took to the stage to list the contenders: Metallica for their fourth album, “…And Justice For All”, Jane’s Addiction for their debut LP “Nothing’s Shocking”, AC/DC for their eleventh outing “Blow Up Your Video”, Iggy Pop for his track “Cold Metal” and, well, Jethro Tull for his latest LP “Crest of a Knave.”

Cooper and Ford weren’t the only ones to assume that Tull’s presence on the list was some kind of joke. In fact, during rehearsal that same day, the placeholder winner’s envelope contained a card with the prog rock band’s name on it, so it seemed almost certain that they wouldn’t win. How could they? It was surely between the media favorites Jane’s Addiction and the scene favorites Metallica.

“I opened the envelope, and when I saw the name, I thought I had been given the rehearsal envelope,” Cooper told Classic Rock in 2016. “Everyone in that room was sure Metallica would get the Grammy,” he said. he added. “I looked at it again, and it had a different stamp and details like that. It was the real thing. So I said, ‘To the Best Hard Rock/Heavy Metal Grammy… Jethro Tull!’ There was a two-minute pause, then everyone burst out laughing. They thought I was making a joke.”

Metallica themselves, who had appeared on screen grimacing moments before, probably gasped. “If you watch the video, you’ll see my eyes get really big when Alice says ‘Jethro Tull,'” Ford recalled. “She was trying not to show any emotion, but it was like, ‘What?!’ a surprise to everyone when Alice read Jethro Tull’s name. Metallica was standing right there, all set to go on, and they were sure in their heads that they had done it.”

Jethro Tull were thousands of miles away as they had been advised not to attend the event. “The record company said they didn’t think it was really worth the expense of flying us to Los Angeles because Metallica were the favorites to win it, which was good for me because we were working in the studio at the time,” the bandleader said. , Ian. Anderson to EonMusic in 2017.

“We got the news while sitting in the studio; A representative from Chrysalis Records called us and said, ‘Congratulations, you’ve won the Grammy!'” added Anderson. “And I’m not sure if we could hear the boos at the time, but it was clearly a very unpopular win. Poor Alice Cooper, being the host, had to step up to make a rather iffy acceptance speech on my behalf.”

Despite the disappointment, Metallica had become at least the first metal band to perform at the Grammys, having played “One” during the night.

“When Jethro Tull was announced, after we had performed, it reiterated what everyone had thought all along,” drummer Lars Ulrich told Rolling Stone in 2014, which was still a bit behind in terms of what was actually going on. in the music world, rather than what was happening inside the Recording Academy.

“That’s how fucked up it was: the record company had already made 10,000 flyers to put in record stores that said ‘Grammy Award Winner,'” Ulrich added. “So we said, why don’t we put a ‘Grammy Award Loser’ sticker on them?”

“Obviously we were pleased to have won,” Anderson said in 2016. “But we didn’t really start thinking about it until a couple of days later, when word started to trickle out how poorly received the award had been in Los Angeles. I think a New York newspaper even referred to us as ‘the now missing Jethro Tull’. As a joke, our record company placed an ad in Billboard magazine with the slogan: ‘The flute is a heavy metal instrument.’ When the Grammy trophies finally came, one of them, I think it was the [guitarrista] Martin Barre had actually broken down on the way.”

The National Academy of Recording Arts and Sciences moved quickly to try and put the shame in the past, splitting the Hard Rock/Metal Performance category into two separate awards and handing out the award for Best Metal Performance of 1990 to Metallica. for “One”.

To date, Metallica have won eight Grammy Awards for performance plus one for packaging. The group performed “One” again with classical pianist Lang Lang at the 2014 ceremony and took the Grammys stage again in 2017 alongside Lady Gaga. After his surprise win, Jethro Tull was never nominated again.

“It would be nice not to be able to talk about the Grammys, full stop, and even more so the American Rock & Roll Hall of Fame,” Anderson said in 2017. “I mean, I find them pretty tedious; It’s the United States, I don’t come from there. I don’t play American music. I’m not in the Rock & Roll Hall of Fame, and the Grammy thing was just a one-off little moment where 5,000 members of the National Academy of Recording Artists decided to give Jethro Tull an award instead of Metallica.” .

The day Metallica lost the metal Grammy to Jethro Tull