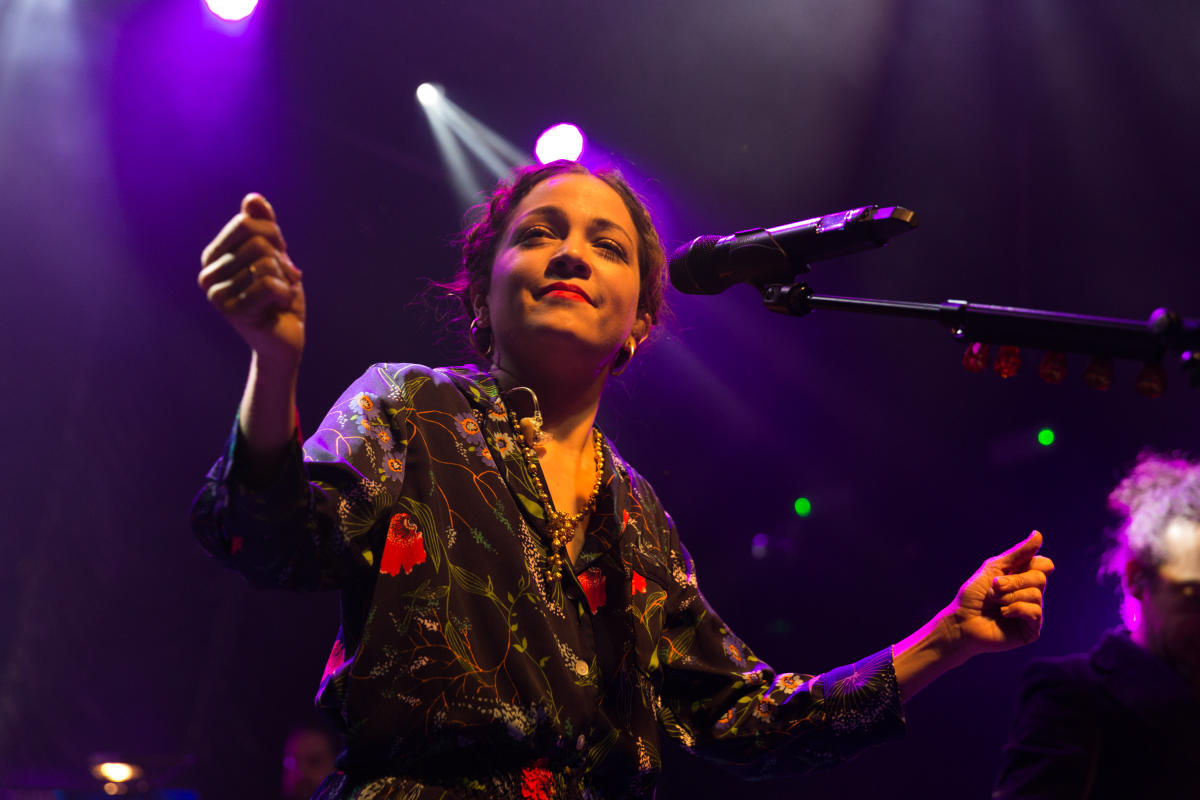 No one can deny the delicate, powerful and overwhelming voice of Natalia Lafourcade as his versatile and wide creative capacity. Since his debut in the indie pophis time in Latin pop and the extremely beautiful and highly respected tribute she has paid to Latin American music have made her one of the most requested collaborators by Kevin Johansen, Lila Downs, Pepe Aguilar, Ximena Sariñana and dozens more.

But there was collaboration that was refused, rather, He asked not to give in to his compatriot Paulina Rubio.

This must have happened sometime after Brava!, the tenth studio album by the Golden Girl and her sixth international tour (2011-2012). Lafourcade, by then, had released his fifth album, the tribute to Agustín Lara, Divine Womanand was already recognized as one of the best songwriters on the music scene, as well as her friend Daniela Azpiazúof María Daniela and her laser sound.

“Originally (the song) we were going to compose it for Paulina Rubio because at that time we came a bit trying to compose songs for other artists, we received an invitation to do this song, so I told Daniela ‘come to my house, we’ll take some wines and we compose her song for Paulina'”, Natalia opens up in a special edition of to the root released in 2015.

The friends saw each other, and between drinks, they began to tell each other their sorrows of love until they eventually ‘Never is enough’ came out, and when they heard it finished they made the decision that that work would not be for Paulina or anyone else.

“It would be our song, which would be sung by either her with María Daniela and her laser sound, or me with my music project. Natalia Lafourcadeand well, I was lucky to have it, it’s a song that I really like because of how honest and easy it is,” says the Grammy and Latin Grammy winner.

The song became the second single from her fifth album and has to do with those emotions towards a dysfunctional relationship, says the interpreter, “to never feel completely satisfied in a relationship where you constantly want to have a little more because what already exists it doesn’t give you stability or it doesn’t make you feel good”.

So much feeling had to have a video that reflected the same frustration due to wear and tear, so he thought of Tenoch Huerta, whom he met through the film. güeros, and in which he collaborated on the soundtrack. The clip also had the participation of Diana Lein and Gustavo Sánchez Parra.

Lein and Parra represent the extreme happiness, love, tenderness and sweetness that are experienced in a relationship, while the other, that of Lafourcade and Huerta, represents aggressiveness, anger, resentment and jealousy.

The heartbreak story that Natalia Lafourcade tells herself in to the root became the Latin Music Record of the Year at the 2015 Latin Grammys.

Tickets for Latin Grammy: the millionaire figure for the awards tickets
Latino artists appear in five categories of the 2022 Grammys Awards
How Taylor Swift Got 2012 Back To Win 2021
Tweet
Share
Share
Pin
Other links: https://awardworld.net/resources/