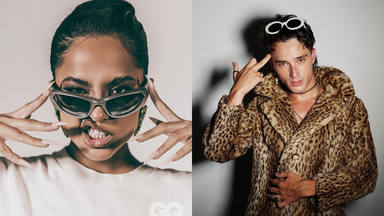 The Las Ventas Bullring once again becomes the stage. The Latin Academy will unite the voices of Becky G Y Daviles de Novelda to perform their new single ‘Lovers’. It will be a private concert that leaves room for intimacy and enjoyment.

The American has nominations in five categories this year, (Record of the Year, Album of the Year, Song of the Year, Best Fusion/Urban Performance, Best Urban Song). In addition, a new member is incorporated into this scenario, Pol Granchnominated for the category of Best New Artist. Attendees will be able to enjoy the best interpretations of songs chosen by the artists, including unpublished collaborations, duets and narrationscovered with that dramatic atmosphere that the place evokes.

The public will not be the only one satisfied. The reputation of the region will be favored, since The Community of Madrid intends to establish it as reference of the cultural and musical scene, this being a way of attracting tourism to the capital. The Hispanic worlds will be united to give a show full of emotion and intimacy.

“Through our Latin GRAMMY Acoustic Sessions we seek to open spaces to new generations of music creators in an organic and inclusive way and we are very excited to be able to celebrate in Madrid, on the way to the 23rd Annual Latin GRAMMY Awards,” said Manuel Abud, CEO of the Latin Recording Academy.

The Latin GRAMMY Acoustic Sessions not only do they offer concerts by established artists, but they are also committed to the development of emerging talents, fostering diversity and equality within each genre. What six years ago combined a series of live events for small audiences has now become a way to discover new artists and musical styles that can now be accessed digitally.

Last July, The Latin Recording Academy kicked off the 2022 Latin GRAMMY Acoustic Sessions with a digital concert from Mexico City starring Ghostnominated for a Latin GRAMMY, accompanied by The Two CarnalLatin GRAMMY winners, and Lupita Infante, Latin GRAMMY winner and GRAMMY® nominee. Likewise, La Academia Latina recorded a second digital concert in São Paulo with the Latin GRAMMY nominees Giulia Be, Luisa Sonza, and Paula Lima beside Manu Gavassi and Agnes Nuneswhich included the classic songs of the legendary singer-songwriter Rita Leewhich will be honored with the Musical Excellence Award this November during Latin GRAMMY Week in Las Vegas.

ABOUT THE LATIN RECORDING ACADEMY:

The Latin Recording Academy is an international non-profit organization dedicated to promoting, celebrating, honoring and amplifying Latin music and its creators. Founded as the international benchmark for Latin music, the organization is comprised of music professionals and produces the Annual Latin GRAMMY Awards, The Biggest Night in Latin Music, which recognizes excellence in the recording arts and sciences, in addition to offering educational programs and assistance to the musical community through its Latin GRAMMY Cultural Foundation.

The Latin GRAMMYs announce an upcoming acoustic concert in Madrid