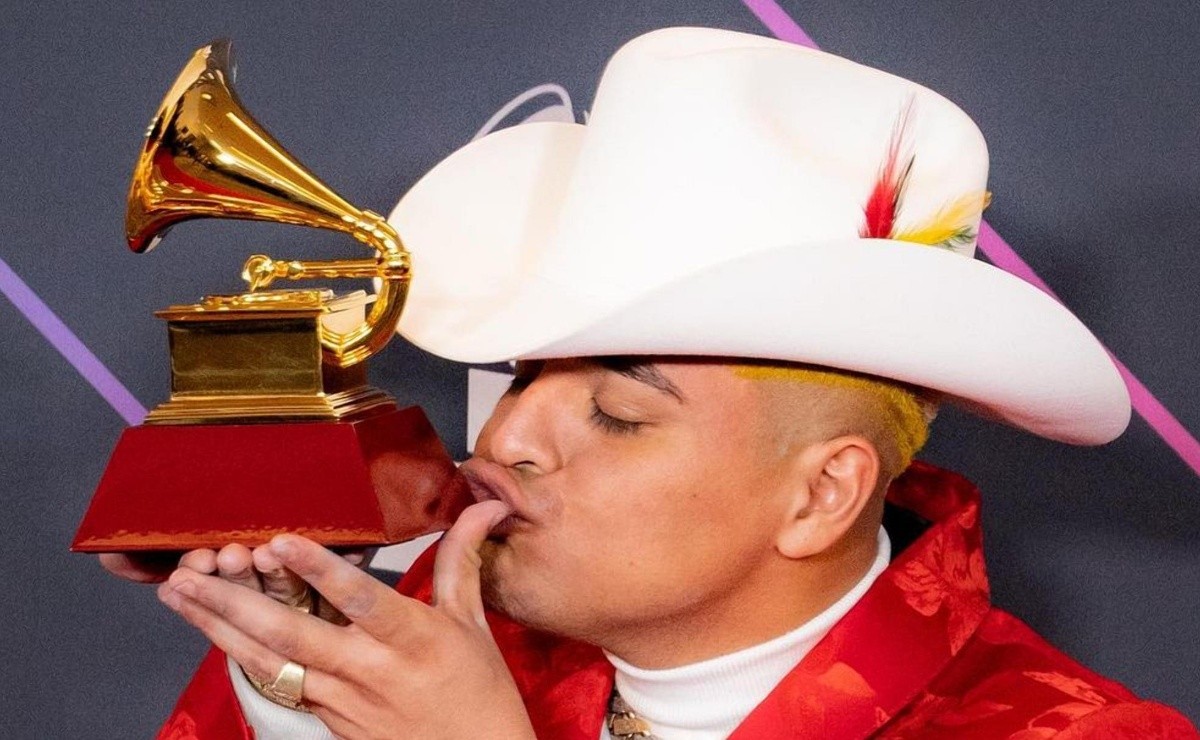 One of the groups that is “breaking” big in the Mexican Regional is Firm Groupwhose leader and vocalist is Eduin Caz. Winners of awards such as the Premios Juventud or Premio Lo Nuestro; A few months ago they won the Latin Grammy in the category “Best Band Music Album” for their production “We have fun achieving the impossible.” Their concerts become sold out in a matter of minutes and next April, they will be performing at the acclaimed Coachella Festival in Indio, California, United States.

Before the success, the singer Eduin Caz, 27 years old and originally from Culiacán, Sinaloa, spent difficult times due to lack of workbecause he had a family to support. The beginnings of Grupo Firme were not in a “golden cradle” as many people might think.

“We lasted a long time without working and my family had to eat,” said the musician in a talk with Gustavo Adolfo Infante, for his program “The minute that changed my destiny.” Before succeeding with Grupo Firme, Eduin Caz sold clothes five years ago in a tianguis in Tijuana, state of Baja California, Mexico.

Seeing the complicated economic situation that Eduin was going through, Isael Gutiérrez (representative of Grupo Firme), told him that a brother-in-law owned some warehouses and could get him clothes to sell.

There was no other way, I told him: ‘throw it away, throw it here. On Sunday we got up early and my mom, my wife and I went to the tianguis to sell clothes, and they sold.

He commented that in three weeks he managed to sell all the clothes that Isael had given him; These garments were the ones that were left over from the clothes that the owners of a store had already selected. “We sold them outright, she tried to sell everything, even though she squandered it.”

Isael Gutiérrez told him that he could sell it at whatever price he considered and the profits were for him“you keep it so you can live these days”. Eduin Caz spent a month selling clothes at the tianguis; One day he told his representative: “I’ve run out of clothes, old man, but here I have a little savings, don’t send me any more clothes, I don’t want to sell clothes, I want to be a singer, I want to be an artist.”

Read more: “What I harvest is thanks to the dead”, santera assures that Eduin Caz from Grupo Firme practices santeria

Just like him, the other members of Grupo Firme, due to the lack of work, looked for another way to obtain economic income. For example, Joaquín Ruiz, guitarist of the band, rented sound and drummer Fito Rubio played in another group.

Graduated from the Universidad de Occidente in 2010 with a degree in Communication Sciences, passionate about human journalism. After participating in the “La Oveja Negra” Talent Workshop given by the Ideas Machine, I was recruited by El Debate companies and months after graduating, I started working as a general information and police reporter. I am the proud founder of Periódico La i (where I worked as editor and reporter) in the city of Guamúchil, Sinaloa, the popular newspaper of El Debate. Two years later I became editor of the newspaper La Sirena, another of the company’s popular newspapers. Later I migrated from paper to digital, when I went to our web portal www.debate.com.mx, witnessing the evolution and growth it has had. I am currently a web reporter and entertainment journalist, conducting interviews with local, national and international singers, groups and actors, I have also specialized in K-Pop and K-Dramas. In these years working in the company, I have acquired knowledge about SEO positioning in Google and Analitycs, as well as content development for social networks.

“There was no other”, before the success and the Grammy Award, this was what Eduin Caz from Grupo Firme was dedicated to