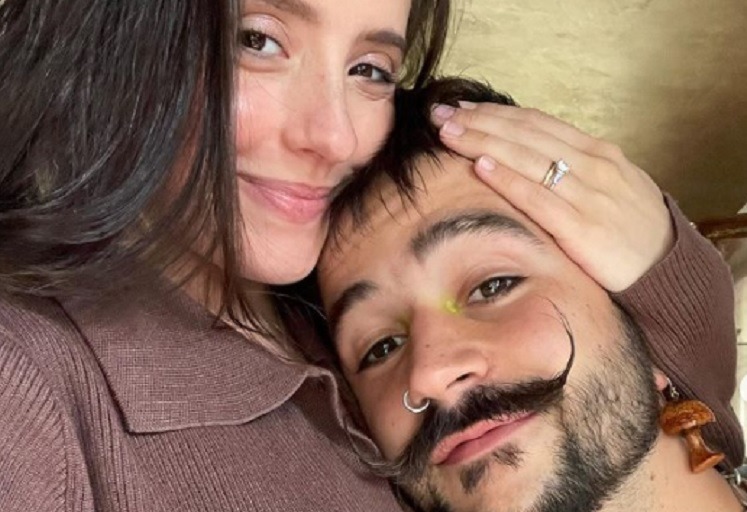 November 17 is the date selected for the development of the Latin Grammy (2022)Where? The ceremony will take place at the Mandalay Bay Resort and Casino, located in Las Vegas (United States). Now, there are several Colombian artists who have multiple nominations for this traditional and popular music award, including Camilo Echevarry, who is sounding in the whole world with enough success.

In this way, the interpreter of ‘Manos de tijera’ appears in the categories of: ‘Record of the year’ on account of two songs, first for his song ‘Pegao’, in addition to the musical collaboration he has with Carlos Vives (samarian singer) called ‘Baloncito viejo’, released at the beginning of last March with its respective music video.

Regarding the category ‘Song of the Year’here are also two songs that have been nominated, again his collaboration with Vives, and his musical collaboration with his wife, Evaluna Montaner (Venezuelan singer and actress), who received the name ‘Indigo’, is added, that’s how they baptized her firstborn, born last April. Both songs also received nominations for ‘Best Pop Song’.

Thus, from his social networks, the Colombian singer shared a video, together with his wife, with which they both wanted to celebrate and thank their nominations for this year’s Latin Grammys:

“We were nominated for a Latin Grammy many times and the fact is that we feel very excited, very honored. We are with ‘Pegao’; we are with ‘Baloncito viejo’, glory to God, but our song ‘Índigo’ is nominated for ‘Song of the Year’ and ‘Best Pop Song’ and that makes us very happy, we wanted to tell you that we thank you very much for the support you have given to those songs”, were Camilo’s words on the subject.

It is worth mentioning that Echeverry is currently promoting his new album, since ‘Inside pa’ outside’ was released only at the beginning of September, the album includes precisely his Latin Grammy nominated songs: ‘Indigo’ and ‘Pegao’.

Here is the video shared by Camilo and Evaluna Montaner:

“Something fantastic has just happened to me that has to be told”, this is how Camilo Echeverry began by narrating a peculiar situation that recently happened to him in Orlando, United States. It is worth remembering that, during this time, the Colombian singer is focused on his ‘From inside to outside tour’ and, precisely, these days he is playing his music in various places in the aforementioned country.

So, from his TikTok account, last Sunday, September 18, the Colombian singer shared a video in which he began by mentioning: “Something fantastic just happened to me that has to be told: I’m walking towards the dressing room and someone from security stops me, from here in Orlando… and he says to me, in English, -Where is your rosette? – I tell him: -I don’t have any-, and he says: -Why what don’t you have? you can’t be here”. Here you can listen to the rest of the story, told by the artist himself:

Mike Bahía revealed the reason why he ignored Greeicy shortly after they met
Maleja Restrepo after meeting Laura Tobón’s son: “I’m already craving the third”
The Liendra behind a print of Cristiano Ronaldo for his Panini album: this was the challenge imposed on him by a follower