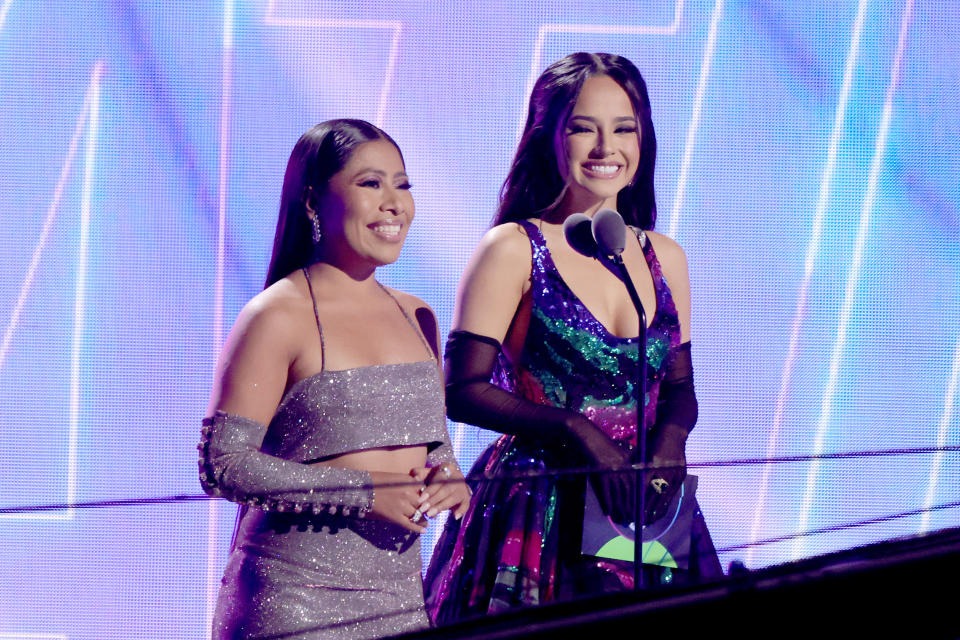 The red carpet of the Latin Grammy 2022, as is tradition, became part of the show, bringing together not only the protagonists of the music industry that is recognized in that evening, but also other relevant figures from the world of entertainment. That’s why Mexican actress Yalitza Aparicio walked down the plush crimson runway looking sexier than ever, at far less cost than anyone could have imagined.

Yalitza, who recently returned to the headlines thanks to the premiere of the fourth season of the series “Mujeres Asesinas” on the streaming content platform VIX+, surprised many with the look she decided to wear for this occasion, because it is very far from the image that has been projected in this type of appointments and the brands that have dressed it up to now.

But what was the surprise? For starters, Yalitza opted for a Mexican designer named Lorena Saravia, who founded her clothing and footwear brand in 2010. Previously, Aparicio had dressed for the house of Rodarte when she was nominated for an Oscar for Best Actress in 2019 for her work in Rome. That same year and for the same reason, she went to the Golden Globes ceremony dressed by the Italian brand Miu Miu. On other occasions, she has also been seen wearing pieces from designers and luxury brands such as Mulberry, Prada, Lela Rose, ADEAM, Ulla Johnson and Valentino, for example.

But the change of designer was not the only notable thing in the choice of Yalitza, the style was also. The Oaxaca native, who until now had maintained a rather classic image, opted for a much more modern piece that consisted of a skirt with a wide slit, a very brief halter-style crop top that exposed her abdomen and detachable sleeves with tiers. of buttons, all in lavender with shiny finishes. She accompanied her look with high gladiator sandals. This was certainly a sea change from the amount of skin she usually shows in appearances of this type.

And it is that for Yalitza, showing her physique in public has never been easy. “Because of comments that come up, but I always talk about self-love. And the truth is that I love myself just the way I am,” he recently declared about how he has overcome this problem. “Sometimes you have to reach certain points that make you reflect and understand that you are perfect We put pressure on ourselves precisely because we want to fit in or want everything to be perfect that we forget that we are human beings, that we have the right to make mistakes and that, in the end, make one decision or take the other, they will judge you,” he said. on his YouTube channel.

Another thing that stands out is that when you check the designer’s website, you can see the sale price of the model that the actress wore at the gala. The dress created by Saravia -which is called Audrey Ensemble- has a cost of six thousand Mexican pesos, which undoubtedly makes a big difference in the price of the clothes that Yalitza usually wears for these events.

Inexpensive and made in Mexico, the suit that Aparicio wore made her look radiant on the red carpet, capture the attention of photographers and be one of the most reviewed of the night for her choice of wardrobe. Yalitza’s outfit was also comfortable enough to present and deliver the award for ‘Best Ranchera/Miariachi Music Album’, as well as for her to enjoy the occasion to the fullest afterwards and share side by side with figures such as Rosalía, Sebastián Yatra and Carol G.

Rosalía, queen of the Latin Grammys

Love of Lesbian, at the Latin Grammys: "If you come to take it seriously, you're going to get bored"
HER juggles acting, touring and Grammy
Paloma Mami nominated for a Grammy: "I am sensual and hard at the same time, that is my essence"
Tweet
Share
Share
Pin
Other links: https://awardworld.net/resources/