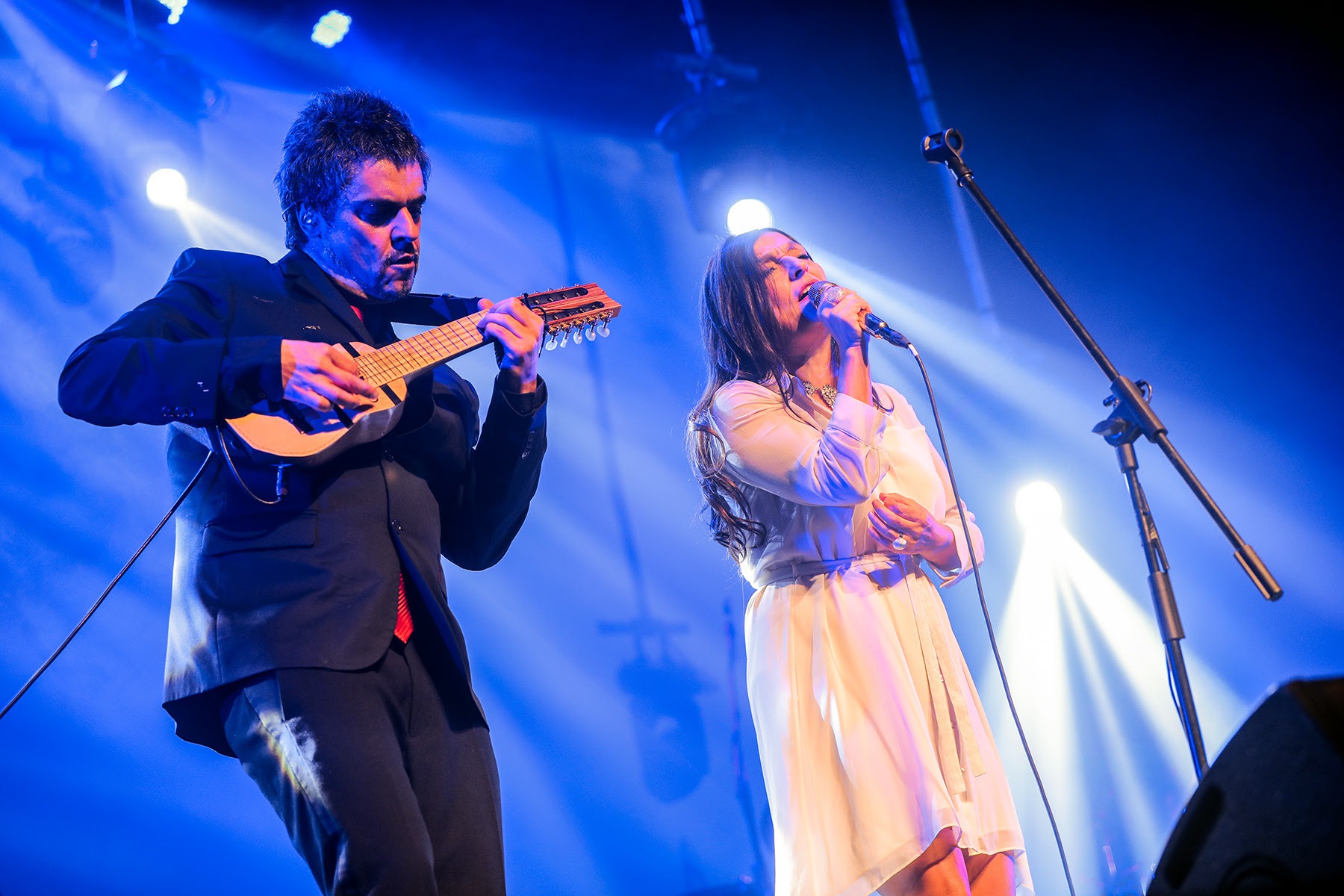 In an unprecedented event, “Violeta Exists” will be exhibited at the academy museum, where there will be a panel discussion with Ángel Parra Orrego, Javiera Parra, and Francisca Valenzuela, moderated by Pili Montilla (Dash Radio) and Raúl Campos (KCRW) .

“Violet Exists”directed by Rodrigo Aviles and produced by Evolution and the positiverecord the idea of Angel Parra Orrego and Xavier Parrawho decide to record The Latest Compositions of Violeta Parra along with a dozen outstanding national musicians such as Alex Anwander, Manuel Garcia, Alvaro Lopez and members of the Parra familyeven has the presence of the renowned Chilean philosopher and musicologist Gaston Soublette and the National Prize for Literature Raul Zurita.

The documentary is an intimate and unrepeatable piece that opens to the public the doors of a creative and meeting process that, as the documentary progresses, takes on a more emotional character. A tribute to one of the most important artists in the history of Chile, who, in each of her works, bequeathed a bit of her family and personal history, her sorrows and torments and the longings she had towards a country.

The film already has the award for Best National Documentary at the International Documentary Film Festival of Santiago In-Edit Chile 2021. “For taking risks and daring to shed light on the story of a universal Chilean and about whom we thought we knew everything. Because of the importance that our cinema confirms the validity of a complex and definitive record. For telling an emotional story in which family secrets and the healing power of music cross without colliding”then assured the jury composed of Andrea Cordones, Felipe Saldaño and Julián Fernández Prieto.

From ProChilethe Commercial Director in Los Angeles, Ian Frederickcomments that “The exhibition of this documentary in the GRAMMY Museum is the result of Chile Connected, one of the commercial actions carried out in 2021 to support companies in the creative sector in the US. This milestone is not only a tribute and recognition of Violeta’s legacy; but at the same time it is an opportunity for the distribution of the documentary on various platforms within the local market. With this objective in mind, we have summoned important industry executives to meet with Chilean producers”.

This project has also obtained the support of the Division of Cultures, Arts, Heritage and Public Diplomacy (DIRAC) of the Ministry of Foreign Affairs of Chileconsidering the relevance of the tribune of the GRAMMY Museum for figure positioning. Violet Vine worldwide and the dissemination of his work through “Violeta Parra’s latest compositions”, one of the most relevant albums in our musical history, according to the Chilean edition of the Rolling Stones magazine, and on which he is inspired the documentary

More than a hundred years have passed since the birth of Violeta Parra and her name and figure continue to cause emotion. Recognized around the world for her music, poetry, and work as a visual artist, Violeta continues to conquer generations to this day, and also impact her family. After the cancer detected in Ángel Parra and an operation suffered by Ángel Parra Orrego, her son, he realized that it was time to approach the legacy of her grandmother. “I got very close to Violeta’s work to be able to heal my musical expectations and I memorized the texts of her songs at a certain time because I couldn’t play, so I started working on her work and living a little pre-mourning of what What would my father’s illness be?bill Angelwho shortly after these events decided to embark on the recording of the album and the making of the film.

“The family aspect, I would say, is the one that cuts through the emotion of the album and the subsequent documentary,” says Ángel Parra Orrego, who saw in the recording a unique opportunity to meet his family musically, something they had never done, at least in relation to Violeta’s work. “Between Violeta’s songs, my dad’s voice, my sister’s voice and the voice of all these artists who made up the Las Últimas Composicions album is the genesis of the documentary”he adds.

“Approaching Violeta together with my brother we did after making our own careers for years, it came in a musically mature instance where it allowed us to face Violeta’s repertoire, it was an intense process of discovering and rediscovering an important work and what was happening later, we were against time since my father’s illness progressed and he tried to transfer all his experiences and knowledge to us.

It is an exciting documentary to understand Violeta and convey the message that we can all play and sing her work, and on the other hand, it is a farewell to my dad”bill javiera about his experience in the documentary.

It is the journey that you undertake Angel Parra Orrego on the 100th anniversary of the birth of his grandmother Violet Vineproposing to reinterpret the album The Latest Compositions, recorded shortly before his death and that would become a fundamental and emblematic piece of popular culture in Latin America. To this end he goes to his sister javiera and to his father Angel Parraand summon different musicians and singers with whom they live and tell intimately what it means to reinterpret the great Violeta Parra and her work.

This Tuesday, “Violeta Exists” is screened at the GRAMMY Museum