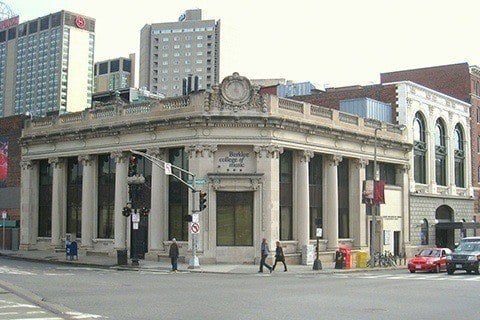 She is the first Latin American living outside the United States to win this important scholarship.

Thanks to her prodigious voice and her comprehensive talent for music, Valentina won over hundreds of applicants from around the world, according to the Latin Grammy Cultural Foundation. Another 43 students from different countries will also obtain aid for her studies, although not as important as that of the Venezuelan.

The young woman will have $ 200,000 that will allow her to study the four years of her degree at Berklee, starting this fall.

The talent of Valentina García Villegas

Valentina thanked Carson and the Foundation for their “generosity and the doors they have opened.”

“My career has just begun and I am witness to the impact that the Foundation has had on the lives of Latin musicians around the world,” he said. He added that through music he also wants to help others and “be a voice for those most in need.”

“Valen is the type of student that any teacher who loves to teach his art could want in his chair,” his singing teacher, Zaira Castro, told El Estímulo (Instagram: @zairasoprano and from the @cantandoconzaira school).

Valentina García Villegas studied at the Emil Friedman school, known for developing the musical talents of its students.

Zaira Castro reveals that, from the age of 9 when she began to study solo singing with her, Valentina revealed a natural talent, “extremely fine-tuned, fantastic rhythmic and musical sense, her enthusiasm and her desire to always sing and learn new things.”

In this video you can listen to Valentina in a school act:

In high school, Valentina dared to sing more difficult things, like feeling good. «That is a very difficult piece and she, who was in the first year, had been practicing it by her side and wanted to sing it to me. When I heard it, my mouth was open, “recalls Zaira.

From then on, he began to demand more of him because he realized that he could perform. Later, she taught him other tools, such as improvisation, “and she Valentina developed them to the nth degree.” “She is very consistent in her preparation,” says the teacher, who also highlights the support of the young woman’s parents.

In the pandemic, already in fifth year, Valentina was clear that she wanted to dedicate herself to singing and study at Berkley, but she did not have the resources to pay for it: she needed a scholarship. Zaira Castro was in charge of training her. «In this last year, Valentina has worked like never before in her life. She set the bar very high for her because those schools are strict and there are few places. I chose an audition repertoire that would develop her musical, rhythmic, scenic ability, everything. And so this journey began.”

Year after year, the Latin Grammy Cultural Foundation awards a scholarship sponsored by an established artist from the region. This year, the scholarship is named after Colombian artist Sofía Carson, who said that Valentina is “a brilliant and deserving young woman, whose voice and talent “astonished” them.

Carson, global ambassador of the Latin Grammy Cultural Foundation, was honored to join this entity to award the scholarship to the Venezuelan and stressed that she hopes that together they will continue “amplifying and elevating the powerful Latin voices in all corners of the world.”

“Year after year, we are honored by the quantity and quality of applications we receive for our scholarships. It is inspiring to see the large number of young people committed to their vocation of becoming future creators of Latin music,” said Manuel Abud, general manager of The Latin Recording Academy.