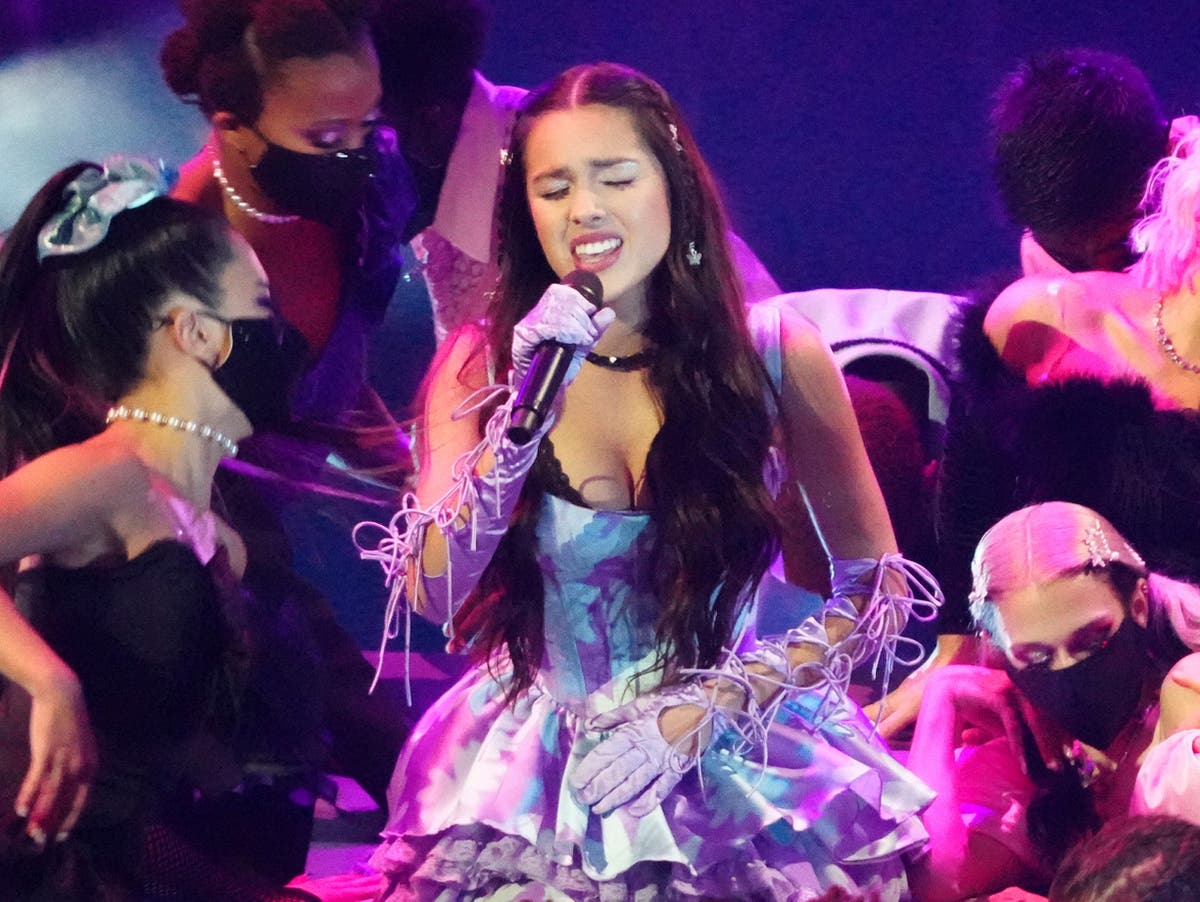 The Grammys may be short of stars like Drake, The Weeknd and Kanye West, but America’s biggest night in music can still shine in Las Vegas.

The ceremony was first moved to Las Vegas, where the likes of Billie Eilish, Olivia Rodrigo and Jon Batiste could have epic nights. The awards moved from Los Angeles due to the increase in cases of COVID-19 and the omicron variant in January. Sunday’s show will air live from 8 pm New York on CBS and the Paramount+ streaming service.

For host Trevor Noah, Las Vegas is a “perfect place to celebrate” with fans at the MGM Grand Garden Arena. Last year, the Grammys had a music festival atmosphere with portions of the show outdoors in an intimate setting that combined in-person performances with pre-recorded ones.

Noah is looking forward to an entertaining show featuring the likes of Rodrigo, Eilish, Lil Nas X, Jack Harlow, Brandi Carlile, Batiste, Silk Sonic, HER, Chris Stapleton, Leslie Odom Jr. and Brothers Osborne. He said the awards will be a celebration of the music industry coming back to life.

“There’s an element to this (show) that is like music camp,” Noah said. “I think it’s going to bring a different energy, and I’m excited to be a part of that.”

It is not yet clear if the Foo Fighters will take the stage following the recent death of their drummer Taylor Hawkins. The rock band, nominated for three Grammy Awards, is scheduled to perform during the ceremony, but recently canceled the remaining concerts of its tour.

The Grammys will go ahead without West, known as Ye, after news broke earlier this month that he will not be performing at the show due to “worrisome online behavior.” The Weeknd continues to boycott the awards and Drake said he didn’t want to be in the running for a Grammy and withdrew both of his nominations.

The public will miss these three popular artists, but the show must go on.

The multi-talented Jon Batiste will enter the ceremony with the most nominations, 11, in a variety of genres including R&B, jazz, American roots music, classical music and music video. Justin Bieber, Doja Cat and HER follow with eight mentions each.

The awards will feature 10 nominees in three of the main categories: record, album and song of the year. The expansion of the number of candidates makes the competition stronger.

For the album of the year award, the Recording Academy expanded eligibility to any featured artist, producer, songwriter and engineer, even if the music creator co-wrote a single song from the project. That means there could be a host of winners on the stage, depending on who wins.

For example, if Bieber’s “Justice” wins, more than 50 creators could take the stage. The same could be said for Ye, Doja Cat, and HER, who have a plethora of collaborators.

But Eilish’s “Happier Than Ever” includes songs written by the young star and her brother Finneas, who produced all the tracks. The same happens with Tony Bennett, Lady Gaga and Rodrigo.

Harvey Mason Jr., the executive director of the Recording Academy, said the number of creators in the category won’t dictate who wins.

“It will be great to see that moment,” he said. “They will be able to stand on stage and be celebrated for their work. I’m excited about that. I want to see 25 people on stage celebrating and sharing their love and joy for something they’ve done.”

Leading up to the awards, the academy will host a pair of events including a MusiCares Person of the Year tribute to Joni Mitchell on Friday night featuring Chaka Khan, Cyndi Lauper, Billy Porter and Beck, among others.

On Saturday, Grammy winner John Legend will be honored during the academy’s Black Music Collective. The singer will receive his first Global Impact Award from the Recording Academy for his personal and professional achievements in the music industry.

Summer Walker, D-Nice and MC Lyte will sing at the evening in her honor, while Jimmy Jam will deliver a few words.

Where will the 2022 Grammy Awards be held?