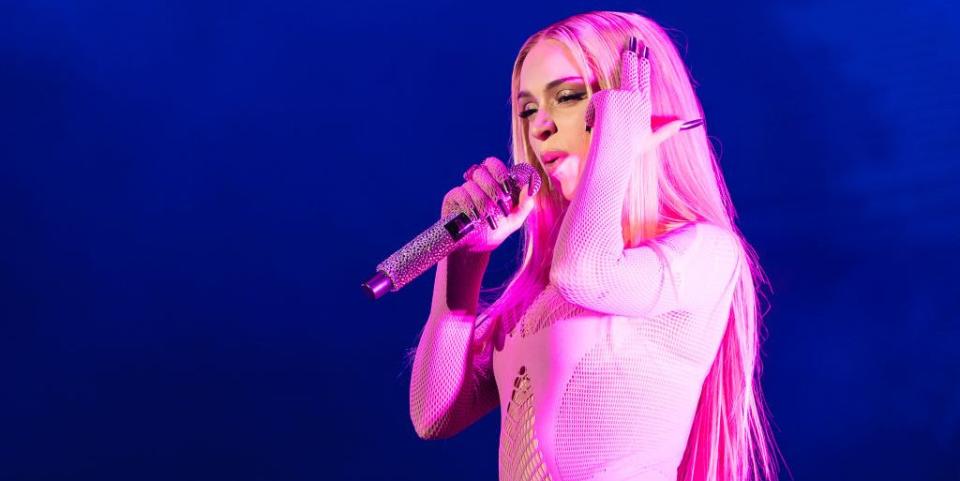 Where is the key to total success? As if it were the ‘secret formula’, the new generation of Spanish singers and artists are trying to find it to gain a foothold on the international music charts. Now we are beginning to see it: part of the key is in Catalonia, or at least it seems that way. The Catalan artist, Bad Gyal, has won the award for ‘Best Spanish Artist’ at the MTV EMA 2022 awards night, award for which she was also nominated the ‘queen’ Rosalia. Are we facing a new mass phenomenon?

The night of the MTV EMA 2022, held in the German city of Düsseldorf, has made two things clear. The first, that Taylor Swift has one of the most incredible ‘fandoms’ in the history of fanaticism and, the second, that Bad Gyal has entered the game to win. The singer and composer of ‘disco’ songs that everyone has heard over and over again, such as ‘Fever’ or ‘Flow 2000’, has swept this edition of the MTV network awards, winning the main recognition for our country (and which elected by popular vote): ‘Best Spanish Artist’.

Now though we had all gotten carried away with some of his songsThanks to this international award, of course, his music will reach more people and more audiences. so, after his second international prize (the first, an ‘Italian Music Awards’ in 2020 with her song ‘Alocao’ with Omar Montes), the artist has become another singer to watch. And we are delighted!

The fusion of styles in the music of Bad Gyal

Alba Farelo i Solé, the real name of the singer Bad Gyal, has been the big surprise of the night at the MTV EMA 2022, and now it’s time to understand a little more about her own style. The artist, who rose to fame with themes that broke with current styles in Spain, has evolved over the years through the fusion of rhythms such as ‘dance hall’, ‘trap’ and ‘reggaeton’, among many others brought from many parts of the world. There is no stopping her!

Its influence is such in Spain that any message that Rosalía and Bad Gyal dedicate to each other in networks leads to talk of a possible collaboration. Thus, at a time when all the fans of the two Catalan artists ask for –and even beg– a ‘fusion of fusions’ with a joint songthe queen of ‘dance hall’ has won the most anticipated award for artists in our country.

Taylor Swift, the other big winner of the night MTV

The great favorite of the night to win most of the awards for which she had been nominated, Taylor Swift, has not disappointed anyone, just like her fans. The release of the video clip ‘All Too Well’, in which he spoke openly about his stormy ex-relationship with the actor, Jake Gyllenhaalit is already one of the great moments and references to her exes that the American has given us with her music. To each new song, more ‘hype’ for the next one!

The video clip for the song ‘All Too Well’ has become the reason for the four awards that Swift has received on the night of the MTV EMA 2022. Among them:

In addition, the artist, who was dying to sing ‘country’ with her guitar, has also released a new album ‘Nostalgia’, whose themes he has been presenting on his personal TikTok account. Now, we can’t help but wonder: has Taylor Swift added a Bad Gyal song to her music playlists? We are dying to know! 🥰