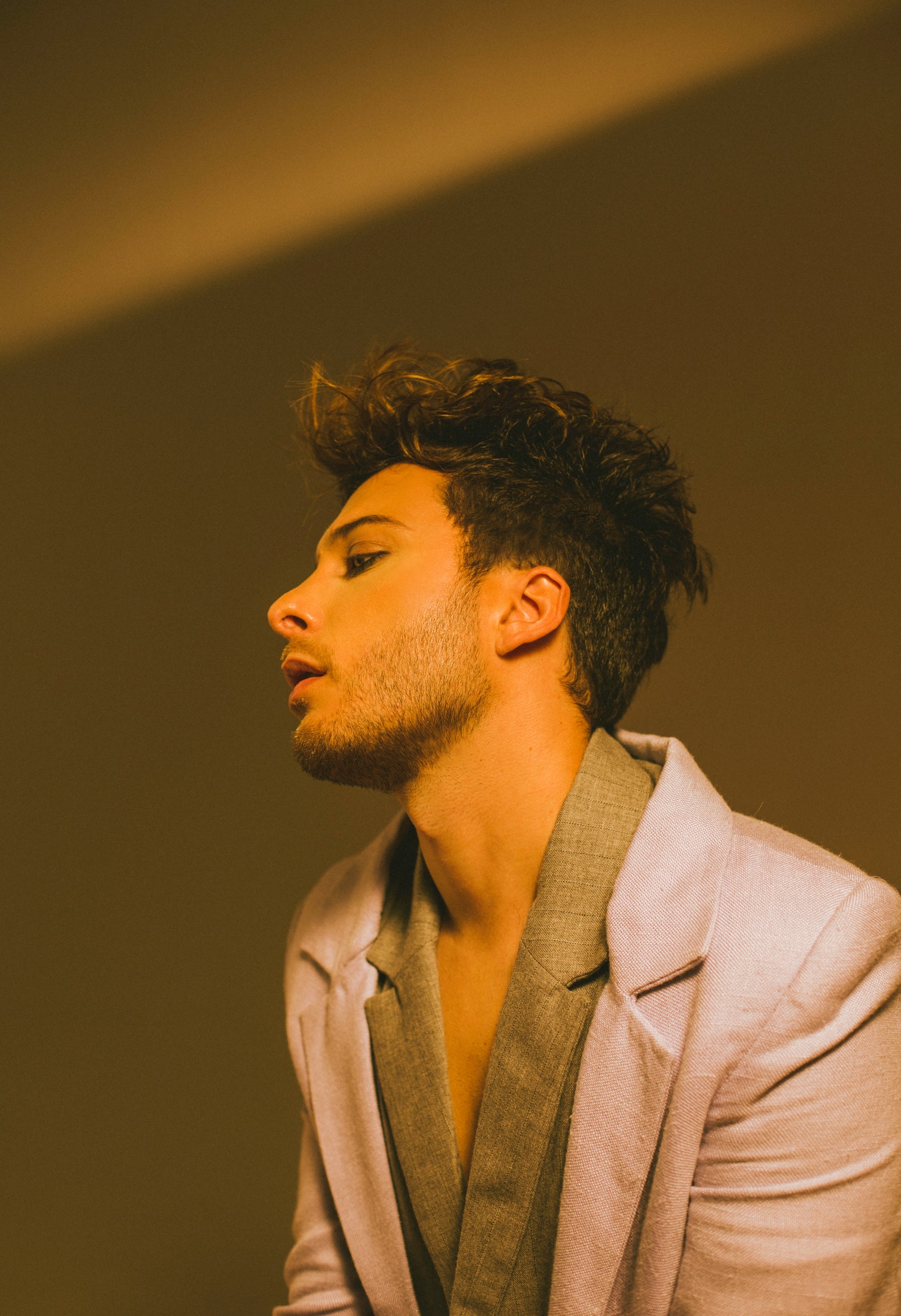 On the other hand, there is the promotion and social networks that are so much in demand today. It’s really hard for me, I don’t understand the Instagram algorithm, I’m lousy at TikTok and I’ve also never paid attention to numbers, not even at the bank. There are times when I feel a bit ridiculous, but I understand that it has to be done.

You mentioned that relaxing and not being so worried about work has allowed you to find this new path and even show yourself as you are. How has this turning point influenced your personal life and the way you work and present this work?

One thing is what is seen publicly, in interviews, concerts, social networks, etc., and another thing is my personal process. Nor do I think you have to hold a press conference to tell everything with hair and signs. I mean, you have to be natural. For example, no one says “Hello, how are you? I present to you my boyfriend.” I don’t think of it like that at all. I just am, because I’ve always been like that, and now I’m fine. The difference is that I used to speak without gender in my songs and in interviews because of a personal decision, because I don’t like labels, not out of fear of anything. However, for some time now I have wanted to sing to a boy and tell my experience because it has turned out that way. I speak of my life because it is mine.

“I would love to go to the red carpets with my boy, but it is a decision of two. Also, it is not a lie that there are many people in the industry who still throw their hands in their heads over this issue”

What led you to make this decision?

Everything is a natural process that each one must carry. I would love, for years, to go to the red carpets with my boyfriend and photograph us together, because it is what I feel and it comes to me, but he does not feel like it, and in the end it is a decision of two.

In addition, I think it is a process not only mine, but at the team level. It is no lie that there are many people in the industry who are throwing their hands over this issue. In fact, when I taught him good ends bad to a close friend of mine, she asked me if I was sure to launch it. Not for me, but for the rest and everything around. I’m tired of singing without gender, that I look like an angel or a cherub. This is what I feel like singing now.

Another important turning point in your career was the end of Auryn. With hindsight, how would you say that moment was?

I didn’t see myself helpless because I knew that, having a project or not, I was going to continue in music no matter what. Afterwards, the offer was confirmed. Your face is familiar to me, which had already come to us four years earlier with Auryn, but never came to fruition. For me the program was a challenge and a double job, because at the end, I had to convince people of who she was. I do not deny my past at all, because it is part of my life and it makes me excited. There are even those who keep telling me “the one from Eurojunior” 18 years later, and it moves me a lot. However, I went from being the one from Eurojunior to the one from Veo Veo, then Auryn’s and I ended up being the one from Your face is familiar to me. In fact, many asked me if I was going to do imitation shows! (laughs). Until in the end I was able to be Blas Cantó.

Have you ever felt afraid of being rejected by all those labels prior to Blas Cantó?

Yes, because I have suffered. Nowadays what generates rejection when going out or attending events is posturing, when there are people who do not greet you and act crazy when you were talking or having dinner together the night before. Many times that has scared me and, for that, I prefer to stay at home.

You have also been one of the artists who, for a long time, have made visible the importance of mental health. How do you manage this part of you, especially after the dark stage you went through?

Aside from therapy, I talk a lot with my friends. I have great friends for many years and, when I return home, I always meet them. They are what keep me going.

“Eurovision caught me at the worst moment of my career, I was devastated and I was about to quit”

Another great moment in your career was representing Spain at Eurovision 2021, a project that, in your case, was extended by two years due to the pandemic…

He caught me at the worst moment of my career. From a very young age they teach us that we have to do the job no matter what happens, but not how to stop when we are bad. That’s why I was afraid to tell it, because it gives the feeling that when you verbalize a bad streak while it’s happening, you do it to play the victim and not comply.

Blas Cantó: “I’m tired of singing without gender, in The Good Ends Badly I sing to a boy because I feel like it and I talk about my life because it’s mine”