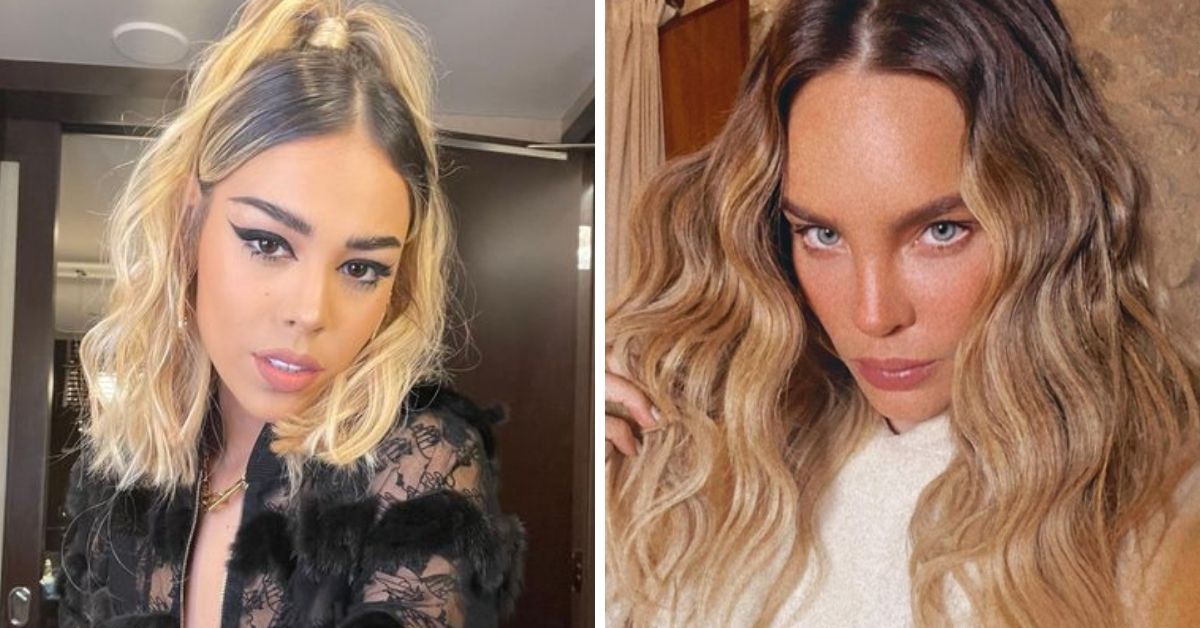 Undoubtedly, many women fear arriving at an important event and coming face to face with someone who is wearing the same dress, and this also applies to famous women.

However, several of them have already lived through that moment and managed to cope with the situation with laughter and even posing together in front of the cameras.

Famous who dressed the same

The singers wore the same outfit, in which the color pink predominated and a butterfly in front.

Belinda shared a photo with this outfit to announce her hit musical ‘School Girl’, while Danna promoted her song ‘Mía’; However, the latter eliminated its publication after the controversy that arose when comparing them.

Do you want Belinda and Danna Paola’s bodysuit? I got it for you (but cheaper)

In an interview for ‘Ventaneando’, the 26-year-old artist regretted once again that she seeks to put them to compete, when at least she does not have that intention.

“What can I tell you? … He looks very pretty. Do you know what is the problem? that just when you don’t ask for explanations … there it is, that is, I, fuck! It’s that it makes me laugh a lot, I say damn it, but what is the desire to want to compete? ”.

Danna shared a photo where she wears the same outfit as Arámbula and they even have the same pose. The actresses wear a black jacket and a white blouse, but Aracely’s has black details.

The publication referred to their roles as Altagracia Sandoval and Mónica Hernández Sandoval, who are mother and daughter in the telenovela ‘La Doña’.

In addition to having the same initial of last name, urban artists have also agreed to use the same garment with which, by the way, they wore their spectacular figure.

It is a swimsuit with sleeves, in purple and with red spots. Becky G used it for the video ‘Wow wow’ with the Argentine singer María Becerra, while Karol G used it for a photo that unfortunately is no longer on social networks.

The singers attended the 2009 MTV Video Music Awards in a Balmain ‘off shoulder’ dress, in black with metallic details.

This coincidence did not make them uncomfortable, as they even posed in front of the cameras with a big smile.

The ‘My Grandfather is Danger’ actress and the twins’ sister Olsen wore a Marc Jacobs outfit and Sophia Webster Coco heels to the premiere of ‘Ingrid Goes West,’ the film they both worked on. Didn’t they both look very pretty?

In 1998, the singers of ‘When You Believe’ wore a V-neck dress to the MTV Video Music Awards.

Both were photographed during the awards show to remember the occasion in which they looked spectacular, but in the end they changed their outfits.

The actresses went to the premiere of ‘Otra vez tú’ with an electric blue dress, with a bare shoulder. They did this as a joke for their participation in the film, as there is a scene in which they wear the same outfit at a party.

The Victoria’s Secret angel and the model appeared at a sporting event in Tenesse in an orange dress, from the firm Cushnie et Ochs, that highlighted her curves.

Instead of being embarrassed, the two decided to pose together and show that it doesn’t matter to dress the same for an event.


The same thing happened to the American socialite and the British actress at an event in Los Angeles, as both chose a dress with a floral print, by Oscar de la Renta.

Given the situation, they took the opportunity to pose together in front of the photographers and showed that it is better to smile than to run to change.

What other celebrities do you know who wore the same garment?

Celebrities who dressed the same and showed a lot of maturity: this was their reactions