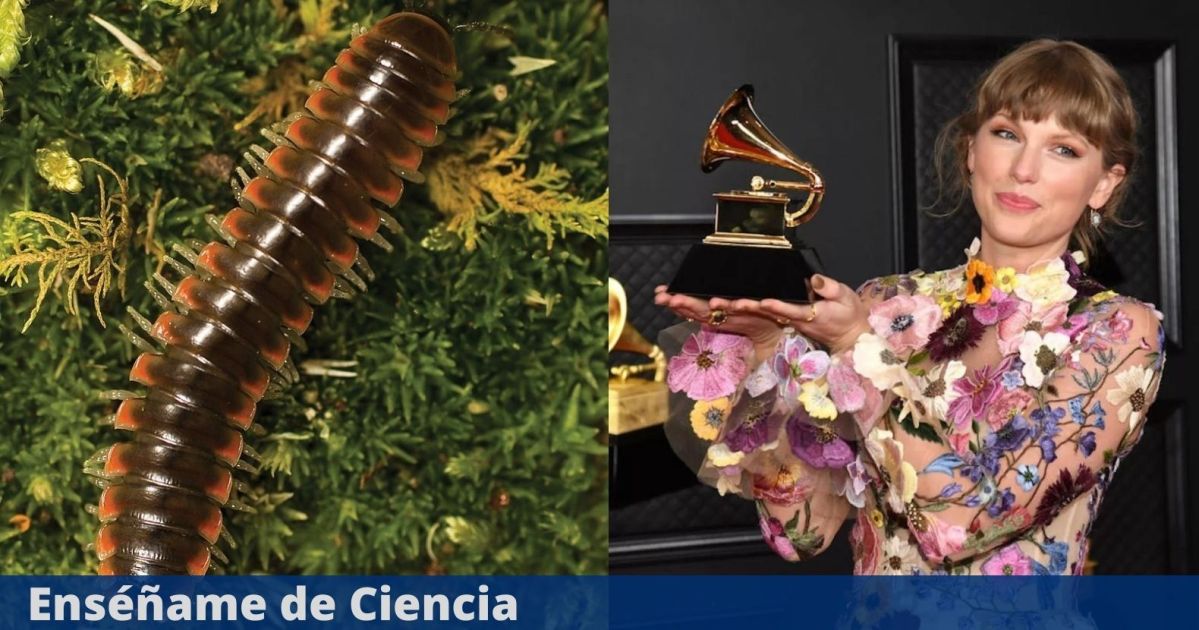 In the section of the new species identified and named by man, within which there are two new glass frogs in Ecuador and a jellyfish in Monterey Bay, a species of millipedes of the genus Nannaria found in the Appalachian Mountains of the United States and seems to enjoy pop and country music a lot since its name was given in honor of the American singer-songwriter Taylor Swift.

This animal, known as millipede with crooked claws due to a characteristic in males of presenting small claws on the front legs, was found after arduous field work carried out by entomologists who described that, despite the fact that a large number of species are known within of the genre Nannariathere was no current revision in which new issues would probably be attached.

In this way, a group led by entomologist Derek Hennen set out to investigate a specific type of crooked-clawed millipede, collecting specimens throughout the Appalachian Mountains of the United States that would later be used to carry out phylogenetic analyzes and morphological comparisons that would help to distinguish all the collected specimens. They analyzed approximately 1,800 specimens that corresponded both to millipedes collected in the field and to those taken from museum collections.

The study determined that a total of 17 new species were found within the genus Nannaria specifically in the groupwilsoni”, reporting that this finding tripled the known diversity for these millipedes. Animals of this type are characterized by having a small body of about 15-38 mm in length with an important distribution in eastern North America, their body is distinguished by colors from chestnut brown to black with a pattern of spots that They can be orange, red or white.

These small organisms, like what happens with other arthropods such as spiders, are not preferred by people, however, they are really interesting and play an important role in their ecosystems and, now, one of them will be much better known. due to its peculiar name: Nannaria swiftae, in honor of singer Taylor Swift.

Taylor Swift is honored for her incredible talent with numerous Grammy and MTV Awards for Album of the Year, Best Music Video, Best Country Song, as well as Billboard Music Awards for Artist of the Year, among many others. However, her talent is not only limited to distinctions awarded by academies of the music industry, now, an insect biologist (entomologist), Derek Hennen, gives great recognition to the singer-songwriter by referring to a new species with her name. of millipedes that he identified during his work.

This distinction to Taylor Swift specifically is an award of gratitude that Derek has for the positive impact generated through the singer-songwriter’s music, describing that: -Her music helped me overcome the ups and downs of graduate school, so Naming a new species of millipede after him is my way of saying thank you-

It is incredible how art, specifically in this case, music, can boost science in a perhaps “indirect” way, by generating such a positive impact on people’s lives that it can

significantly help your mood. Scientists recognize that the path of science is not at all easy and that during the process you can run into many moments of crisis, in such a way that all the activities or people that help to overcome these difficulties deserve, without a doubt, a recognition or very special dedication.

Could it be that millipedes like pop a lot? A scientist names a new species of millipede after a well-known artist