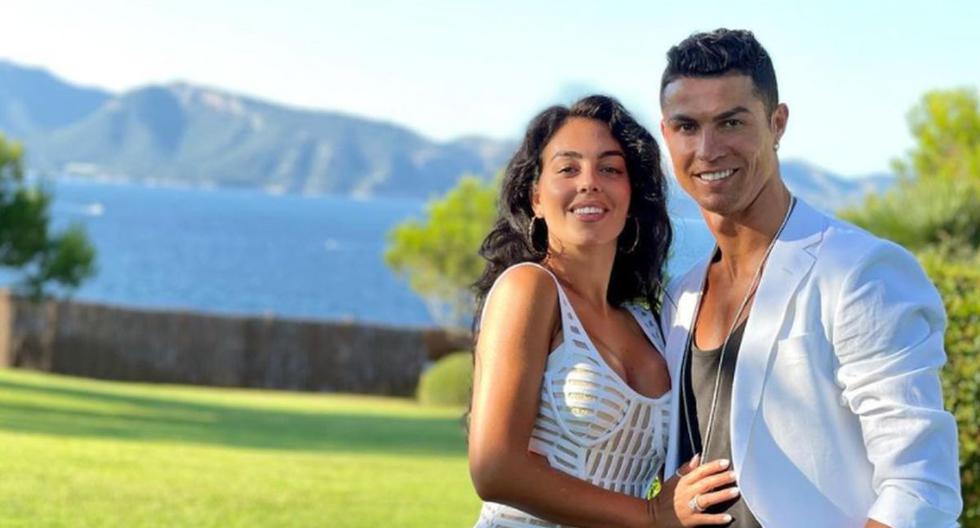 Cristiano Ronaldo and Georgina Rodriguez They live one of the most difficult moments of their lives after losing one of the children they were expecting. The model was pregnant with twins and only the girl was born alive.

“It is with our deepest sadness that we have to announce the passing of our son. It is the greatest pain any parent can feel. Only the birth of our daughter gives us the strength to live this moment with some hope and happiness.”, It can be read at the beginning of the statement that they shared together on their social networks.

Despite the sadness of the moment, they were grateful to the doctors “for their care and support.” “We are devastated by this loss and ask for privacy at this difficult time. Baby, you are our angel. We will always love you.” ends the message in which they released the unfortunate news.

It was at the end of last October when the soccer player and his partner announced the influencer’s pregnancy on social networks. “Delighted to announce that we are expecting twins. Our hearts are full of love, we can’t wait to meet you.” they wrote back then along with a photograph of both showing their children’s ultrasounds.

Behind the popular couple, there is a story with lights and shadows. The life of the model born in Argentina was not always surrounded by luxury and fame.

Who is Georgina Rodriguez?

Georgina Rodríguez was born in Argentina, but lived almost all her life in the north of Spain, in Jaca, and it is known that it was there that she got her first job as a waitress.

“I lived surrounded by mountains. We went on many excursions. A healthy lifestyle, based on respect for nature. My sister Ivana took care of me a lot, we went to a convent school together”, confessed to Hello! in an interview Rodriguez.

Where did you meet Cristiano Ronaldo?

After moving to the capital of Spain, she got a position as a sales assistant in one of the stores of the famous Gucci brand, a place that would change her life after an unexpected visit from Cristiano Ronaldo.

In an interview with Elle magazine, the model recalled many details of the day she met the Portuguese at the end of 2016, when the striker was still playing for Real Madrid.

“The day I met Cristiano I go to work, I arrive at Gucci and, when I leave the store, I see a very handsome man appear. I stopped and my stomach started tickling and I was like, ‘But hey, what’s wrong with me?’ Days later, we met again at another brand’s event. It was then that we were able to talk in a relaxed atmosphere, outside of my work environment. It was love at first sight for both of them, it was a ‘click’ moment.” story.

They started dating secretly; However, in mid-2016, a photographer captured CR7 walking through Disney Paris accompanied by a mysterious companion. Some time later it would be discovered that it was Georgina, who disguised herself with a wig and glasses to hide her identity.

In May 2017, they made their relationship official with a tender photograph on their social networks. In the image, Ronaldo appears hugging his partner and caressing his belly, which made his followers suspect that they could be expecting a baby.

Alana: their first daughter together

The suspicions turned out to be true. In November of that same year, Georgina Rodríguez and Cristiano Ronaldo welcomed their first daughter together, Alana Martina.

How many children do the model and the footballer have?

Cristiano Ronaldo is the father of four children, and now with the birth of the baby, of five children: The oldest, Cristiano Jr. is 11 years old; the twins Eva and Mateo, born from a surrogate; and little Alana Martina, the footballer’s first daughter together with Rodríguez. The couple have not announced the name of the newborn.

“Neither Cristiano nor I consider Alana to be my only daughter. My children are all four and all four of them call me mom. What happens is that many things are published on the Internet that are not true. That’s just one more thing people don’t know.” Gio commented in an interview with El País regarding his children.

His series on Netflix

Georgina’s popularity grew more with the premiere of her series on the Netflix platform called “Soy Georgina”, in which she tells intimacies of her life, and her union with CR7.

The series, available from January 2022, is focused on four most important facets in the life of the socialite: her family, her religion, her influence on social networks and a generous personality.

What does Georgina Rodríguez do?

Throughout these last years, we have seen her as a presenter in Italy and participating in some television programs. In addition, she is linked to the modeling industry, since we have seen her be the image of recognized brands.

Cristiano Ronaldo and Georgina Rodríguez: a review of their love story in the midst of the tragedy they are experiencing