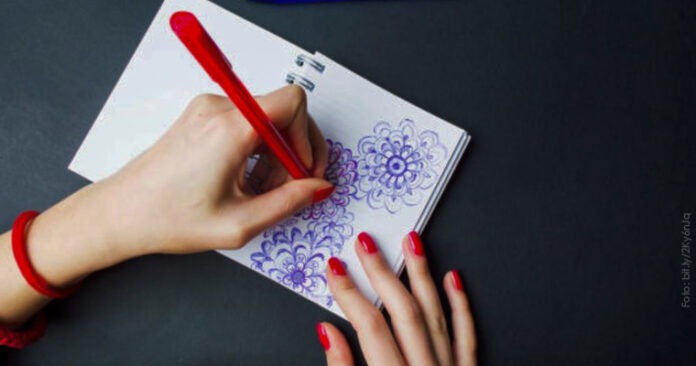 Approximately 10% of the world’s population is left-handed.

August 13, 2022.- This date marked on the calendar seeks to publicize the difficulties faced by left-handed people in a world designed for right-handed people. For this reason, in 1976, the Left Handers International created this commemoration, coinciding with the bad fame of the number of the day due to superstitions and thus fighting against prejudice.

Currently, it is estimated that one in ten people in the world is left-handed. In other words, 10% of the global population uses the left side of their body to carry out daily activities such as writing, drawing, playing sports, opening doors or playing football.

Here is a list of the most famous left-handed people in the world:

Leonardo da Vinci, one of the most versatile left-handers in art

The famous painter Leonardo da Vinci is also one of the most important left-handed people in history. He was at once a painter, anatomist, architect, paleontologist, artist, botanist, scientist, writer, sculptor, philosopher, engineer, inventor, musician, poet, and urban planner.

Lionel Messi, current PSG player, often considered the best player in the world and one of the best of all time, is the only footballer in history who has won, among other distinctions, the Ballon d’Or seven times, six awards FIFA award for the best player in the world and six Golden Boots. In 2020, he became the first footballer and the first Argentine to receive a Laureus award, as well as being included in the Ballon d’Or Dream Team.

Barack Obama, the US left

The 44th President of the United States, Barack Obama, is the fifth legislator of African descent in the United States Senate. He was also the first African-American candidate nominated for president by the Democratic Party and the first to serve as president.

Nicole Kidman has received numerous accolades, including an Academy Award, a BAFTA Award, a Screen Actors Guild Award, two Primetime Emmy Awards, and six Golden Globes. She has appeared three times in the annual rankings of the world’s highest-paid actresses. world and was named by Time magazine as one of the 100 most influential people in the world in 2004 and 2018.

Throughout her career, Angelina Jolie has received several awards for her film achievements, including two Oscars (one for best supporting actress and the humanitarian award), three Golden Globes and two Screen Actors Guild Awards. Since 2012 she is Special Envoy of the United Nations High Commissioner for Refugees.

Whoopi Goldberg is an American actress, comedian, producer, screenwriter, television host, singer, and writer. She has also dedicated part of her life to political activism. For her portrayal of Celie Johnson in The Color Purple, directed by Steven Spielberg, Goldberg won the Golden Globe for Best Actress in a Drama in 1986 and the Image Award for Best Actress in 1988; she was also nominated for an Oscar in 1986. Whoopi Goldberg is one of the few people in the world to win all four of the most important awards in the entertainment industry in the United States, which is known by the acronym EGOT (Emmy, Grammy, Oscar and Tony).

Leonor de Borbón is the current princess of Asturias and first in the line of succession to the Spanish throne as the eldest daughter of King Felipe VI.

Marie Curie or Madame Curie, was a French-born Polish physicist and chemist. She is a pioneer in the field of radioactivity, she is the first and only to receive two Nobel Prizes in different scientific specialties: Physics and Chemistry.

Justin Bieber has been nominated and honored numerous times, winning the “Artist Of The Year” Award at the American Music Awards in 2010 and being nominated at the 53rd Grammy Awards for Best New Artist and Best Pop Album.

Singer, songwriter, producer, dancer, actress, activist, and fashion designer Lady Gaga is also left-handed. As of February 2017, he had sold 31 million albums and 150 million singles, some of which are among the best-selling in the world. His accolades include thirteen Grammy Awards, ten Billboard Music Awards, three Brit Awards, eighteen MTV Video Music Awards and a place in the Songwriters Hall of Fame, as well as an Oscar, two Golden Globes, a BAFTA and two Emmy nominations.

Did you know that these celebrities are left-handed? International Lefthander’s Day – Emphasis