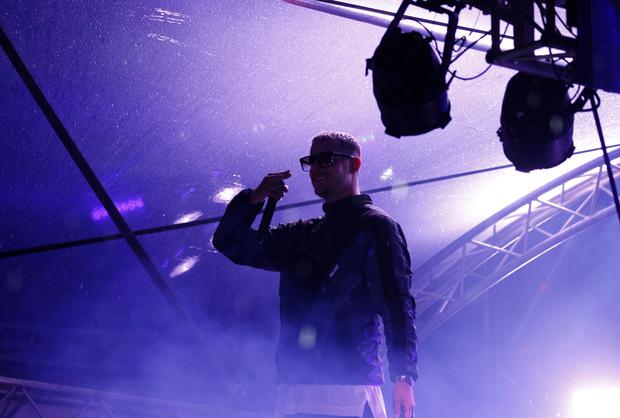 international star. the french musician DJ Snake arrives in our country for the first time to offer a show This Saturday, October 8. He will be part of the Road To Ultra Peru 2022 festival, where he will be accompanied by Afrojack, Nicky Romero and KSHMR.

William Sami Étienne Grigahcine, the artist’s real name, was born on June 13, 1986 in the Ermont commune, located in the city of Paris (France). His mother is from Algeria and his father is French. Snake grew up, as is known, in a neighborhood marked by social effects.

From a young age, William showed his interest in music and art. Thus, during his adolescence, he became known as a graffiti artist. Later, he participated in various youth music competitions where he excelled thanks to his unique style.

At just 14 years old, Étienne began his career as a DJ and adopted the nickname ´Snake´ thanks to the nickname given to him when he knew how to escape from the authorities when he was doing graffiti in the city. Despite the young age where he started, it was only at 19 that he started producing his own songs.

Like other well-known DJs, DJ Snake started out playing in nightclubs in Paris, one of them being Les Bains Douches. From there, he would start the progressive recognition that he has achieved in the industry.

At the age of 19, he met the man who continues to be his manager: Steve Goncalves. He was the one who encouraged him to start his professional career as a musician. Thus, that same year, he released his first EP “Sum a Fun” (2005). The project was made up of four versions of the song “Sum a Fun”: original, Schpilkas Remix, DJ Sugar Bear Remix and DJ Snake Trance Remix.

From there, he began to receive various job offers. In 2011 he was the producer of the album “Born This Way” by Lady Gaga, along with Fernando Garibay, RedOne and DJ White Shadow, among others. Thanks to this album, he received his first Grammy Award nomination in the Album of the Year category in 2012. Although they did not win, DJ Snake continued to work with Gaga on “Applause”, “Sexxx Dreams” and “Do What U Want”. ”.

His international debut came thanks to the single “Turn Down for What” (2013). This song with Lil Jon went viral shortly after being published and was positioned in the top 10 of the Billboard chart. It also topped the iTunes charts in various countries. This theme took another Grammy nomination for Best Music Video; In addition, he won the statuette at the MTV Video Music Awards for Best Direction and the Billboard Music Awards for Best Electronic Song.

That same year, DJ Snake achieved recognition for the song “Bird Machine”, in collaboration with the Frenchman Alesia. The single was produced by the Mad Decent record label, run by Diplo.

Almost a year later, DJ Snake once again dazzled his fans with the song “Get Low”, which is part of the soundtrack of “Fast and Furious 7” (2015). With this single, the musician once again positioned himself at the top of the electronic music charts.

That same year, he released “Lean On”, his collaboration with Major Lazer and MØ, which became one of the most listened to songs of 2015. Due to the success achieved, DJ Snake is invited -for the first time- to perform at the famous Coachella festival. There he shared the stage with other stars such as Aluna George, ACDC and Ryan Hemsworth, among others.

It would not be until the following year that he would join Justin Bieber for “Let Me Love You”, a hit that is part of his debut album “Encore” (2016). In addition to ranking high on the global playlists, she has achieved multiple Platinum, one Gold, and two Diamond certifications.

Thus, with international recognition, he released his first album “Encore”, a record work that includes fourteen songs, with collaborations with various artists such as Yellow Claw, Bipolar Sunshine, Moksi, JRY and G4shi. There are also other songs like “Intro”, “Sahara” with Skrillex, “The Half” with Young Thug and “Swizz Beatz”, among others.

DJ Snake became a trend again during the end of 2018 thanks to “Taki Taki”, his song with Cardi B, Selena Gomez and Ozuna. The data confirmed that this single surpassed the success achieved with “Turn Down for What” and “Lean On”, achieving more than 40 Platinum, 5 Gold and 5 Diamond certifications. In addition, it entered at number 11 on the Billboard Hot 100.

Subsequently, he has released other songs such as “Try Me” with Plastic Toy, “SouthSide” and “Enzo” with Offset and “Loco Contigo” with Tyga and J Balvin. In early 2022, he premiered “SG” with Ozuna, Megan Thee Stallion and LISA from BLACKPINK; recently, he released “Disco Maghreb”.

French producer DJ Snake will set foot on Peruvian soil for the first time this weekend. He is part of the long-awaited Road To Ultra Peru 2022 event that will take place this Saturday, October 8. After a change of location, the new edition of the festival will take place at La Pelousse del Jockey Club, in the district of Santiago de Surco.

The party for lovers of electrohouse, EDM, dubstep, progressive house and other genres will return to the stage that saw its first edition in 2015. The producer assured that for this new edition the latest visual technology, stage architecture, sound , lights and, above all, the best stars of the electronic scene.

The leader of the ‘line up’ for Road To Ultra Peru 2022 is DJ Snake, who will be joined by Afrojack, Nicky Romero and KSHMR as stars of the event. The four international artists will be present for electro lovers to enjoy the show.

French producer DJ Snake is much loved by fans of EDM, dubstep and electrohouse. His talent, as we have already seen, has led him to collaborate with various artists such as Justin Bieber, Ozuna, Megan Thee Stallion, J Balvin, Major Lazer, among others.

Let us remember that Ultra is a franchise of international stature. The last tickets for the 2022 edition in Lima are on sale through the Teleticket web platform with prices that vary between S/ 450 and S/ 780.

DJ Snake in Lima: his beginnings in music, success with Ozuna and his first performance in Peru