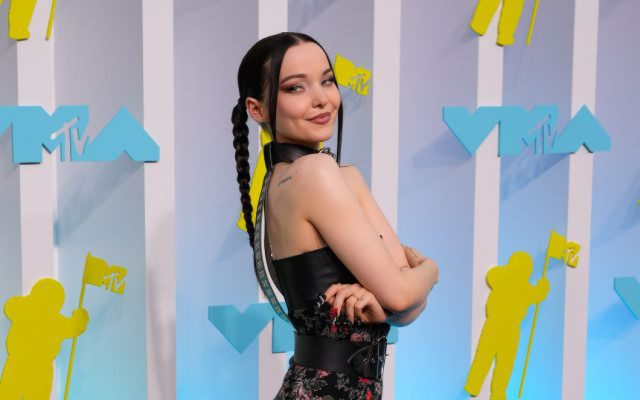 My dear and beautiful Dove Cameron took home the statuette for New Artist of the Year.

“In the immediate aftermath of the tragedy that occurred at Club Q in Colorado Springs, I want to remind everyone how important queer visibility is and how important community is,” the pop star said.

Dove Cameron He was the first star awarded during the 50th edition of the American Music Awards that takes place this Sunday night at the Microsoft Theater in Los Angeles; she won in the New Artist of the Year category.

This time, the dedication came after he collected his first American Music Award.

Cameron opened the awards by performing her seductive sapphic hit “Boyfriend” and went on to win the night’s top prize as Best New Artist.

As soon as he accepted the award, Cameron showed why she is one of the most vocal queer artists today.

“I want to start by saying that every award I win will always be dedicated first and foremost to the broader queer community,” her acceptance speech began.

“You guys have created a space for me to be myself and write music about it and I’ve never felt more secure or more loved or more supported, and I hope I can give you some semblance of that same feeling in my music. ” She continued.

But Cameron not only dedicated his award to the queer community in general, he also brought up the horrific mass shooting at a queer nightclub in Colorado Springs.

“In the immediate aftermath of the tragedy that occurred at Club Q in Colorado Springs, I want to remind everyone how important queer visibility is and how important community is,” Cameron said. “I want to turn your attention to organizations like GLAAD and The Trevor Project for what you can do right now.”

“I want to remind you that you are absolutely right and you are so loved and supported and I want to thank you for supporting me and thank you for keeping this space, I’m keeping it for you too,” he concluded.

I’ll say this: @DoveCameron‘s performance for “Boyfriend” and acceptance speech for New Artist of the Year were *the* highlights of the #LOVES. Nothing else came close. pic.twitter.com/M66k1Sv6Na

Cameron made a similar dedication earlier this year when he won his first MTV Video Music Award, also for Best New Artist.

“I want to dedicate this to all the queer kids out there who don’t feel like they can take up space and inhabit the fullness of who they are,” Cameron said in her VMA speech. Thank you for bringing an openly queer song to mainstream radio.

“Thank you for supporting me as the person and the artist that I am, I hope that in this way you have also given yourself that privilege,” he continued. “I love you very much.”

Seeing this kind of genuine appreciation for queer fans and the queer community on such a big stage is always a highlight, and we hope Cameron continues to win awards so he can highlight the LGBTQ+ community for all queer people.

Dove Cameron, first-ever winner of the American Music Awards, dedicates her award to the queer community