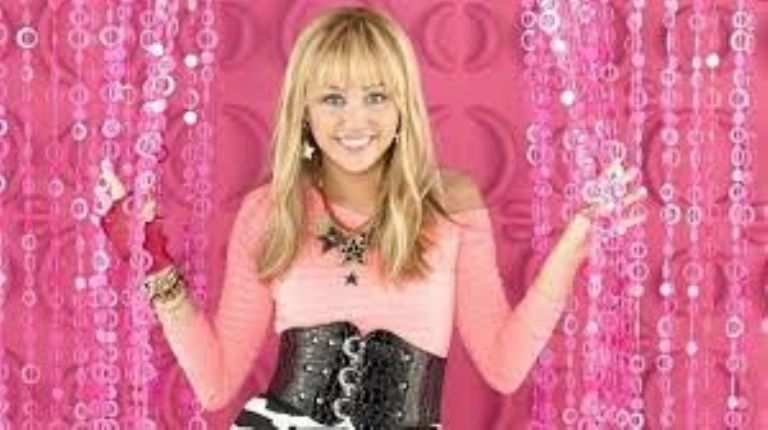 Leaving childhood behind, maturing ideas, being a little more like the woman I want to be. It is no coincidence that at the age of 18 she realized that Hannah Montana, the character that launched her to stardom was the end point of a stage with which she no longer felt identified. One day she buried the blonde wig and went on stage showing off the Mountain in which he had become or, rather, in the Miley Cyrus who wanted to be

Miley Cyrus is one of the greatest youth phenomena of all time. Although he is currently 29 years old, he was part of the Teen Pop generation – along with other celebrities such as Selena Gomez, Demi Lovato, Justin Bieber, etc.- leading massively thanks to a role in Disney that broke all kinds of records: Hannah Montana. Character for whom an image of “good girl” It didn’t allow him to be who he really was, until he took charge of his life, making history with one of the most important presentations in the history of the MTV Video Music Awards.

Destiny Hope Cyrus, which is her non-stage name, she knew perfectly well that only something transgressive and causing discomfort in others would allow her to continue her career as a singer and actress in the way she wanted, even though that also meant that the company of the “most famous mouse in the world” she would turn her back on him and thousands of her underage fans would face complete censorship from their traditionalist parents who supported her under the profile of the character in the series, but not in that of the girl with complete sexual freedom.

On November 23, 1992, the queen of the smilers -as her fans call themselves- was born, product of the marriage of Billy Ray Cyrus Y Tish Cyrus, which is currently being finished because the divorce proceedings have already begun, in which there are other members such as Brandi Cyrus, Trace Cyrus, Christopher Cody, Braison Cyrus and Noah Cyrus -the youngest-, however her artistry already ran through her blood since her father had a recognized career as a soloist and even at a few years of age Dolly Parton – the queen of country music – became his godmother.

the charisma of Miley She quickly caught the attention of everyone around her, so it was not surprising that when Disney Channel launched the casting call to play an important character in a new series, she easily won it, even though due to her young age the forecasts were not optimal. And they had other candidates.

On March 23, 2006, on purpose but not expecting it to actually happen, 5.4 million viewers – an estimate confirmed by The New York Times- tuned in to the premiere of that series, being one of the biggest audience hits of all time for the Disney channel, something inexplicable because it was the debut of Cyrus and prior to that she had not had any other renowned project and was not well positioned in the entertainment industry either.

A girl’s storyordinary” What Miley Stewart who had a secret life as a young Popstar captivated millions of children who not only identified with the dream, but also with the songs on the soundtracks of each season, which is why the singing area gained an advantage over the singing area. acting, one of the apparent reasons why his solo career began alongside the project.

Despite already having several solo albums, even with the Disney project on the air and even the premiere of a movie about the same series, the mouse company refused to let go of its gold mine, even when the girl they hired in its first season it began to become a woman. In 2009 Party in the USA It was one of the most important and best-selling songs -in fact, every July 4th it is the most listened to again, due to the independence of that nation- and having the spotlight on, he decided to take the first step: Cyrus performed a dance that was considered as “Too cheeky” and even cataloged by conservatives as the beginning of “the curse of the Disney boys.

However, it was not the only thing, since with the release of the single and album entitled Can’t Be Tamed, one more time Miley tried to leave behind Hannah Montana With the much lower-cut costumes, the sensual choreographies and even the same theme of the song and the official video, they showed that she wanted to get out of the golden cage in which she found herself.

Led by the single We Can’t Stop, Said 2013 album showed a completely different version of the artist: short hair, use of illicit substances, partying and, above all, a lot of twerking. With the presentation to the world of the true Miley Cyrus, not only achieved sales and views records, but also the end of its commitment to Liam Hemsworth, a character who apparently did not agree with the end of the cute image either. Although thanks to this rupture came Wreckingball, one of the songs with the highest number of purchases in history, which would give the most popular video of 2014 and that “killed” forever Hannah Montana.

Being endorsed by the latest MTV list that placed the presentation in the first places of the most iconic presentations in the history of said awards, the viral moment next to robin thicke -where she ‘perreó’, sucked him off and briefly touched some of his private body parts–he got 306,000 tweets per minute, while that year’s Super Bowl generated 231,000. Rihanna, Taylor Swift, Will Smith, One Direction and more couldn’t believe what was happening; that night Miley Cyrus made history.

“Once, when I was 18, I did want to stop being Hannah because I felt ridiculous. As soon as I had sex for the first time, I felt like I couldn’t put that damn blonde wig back on. It was strange. It was as if… I had suddenly grown old.” recalled in an interview with the magazine ELLE.

Miley Cyrus on more than one occasion she tried to tell her story, but was not listened to. With the passage of time and the normality of the subject, she also assured: “Once I was standing backstage at Disneyland, and Peter Pan was smoking a cigarette. Suddenly I knew that this was me, that I too was destroying a fantasy. That’s the same thing I felt when the video of me smoking a marijuana pipe was released, but in the end I wasn’t just a Disney mascot, I was a person too.” pointed.