New York last night became the world epicenter of music for the celebration of the MTV VMAs 2021. At a once-in-person gala after the pandemic stopped, the Barclays Center in Brooklyn was filled to the brim with Hundreds of enthusiastic screaming fans seeing their favorite artists walking the red carpet and taking the stages, something they surely missed after last year’s virtual edition. Madonna was in charge of opening the show paying tribute to the four decades of life of the television network and to his own career: “Forty years ago I came to this city with nothing more than 35 dollars and a pair of shoes. The taxi driver took me to Times Square and I was terrified. It was the first step. At that time, a new music channel was born. We met and we forged ties that changed my life, and a whole way of making art was created, ”said the iconic 63-year-old artist in her emotional speech. 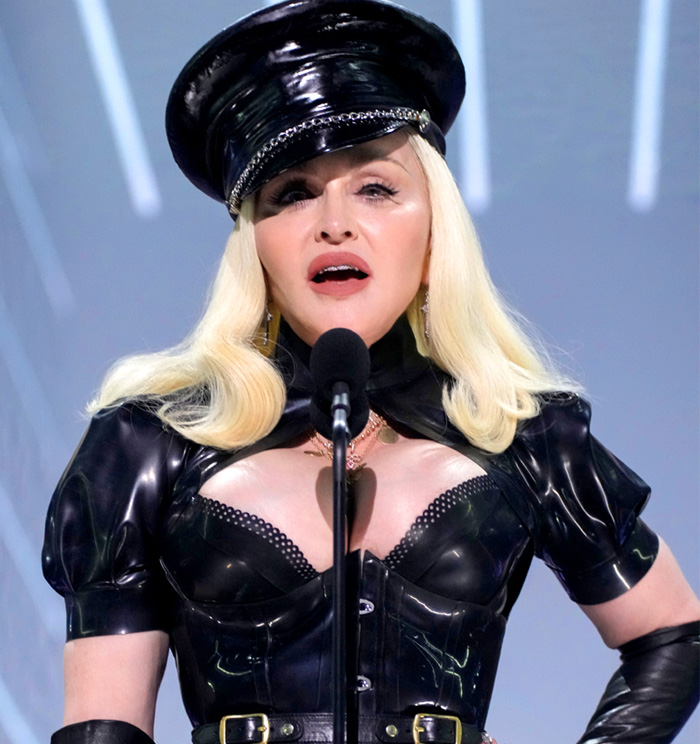 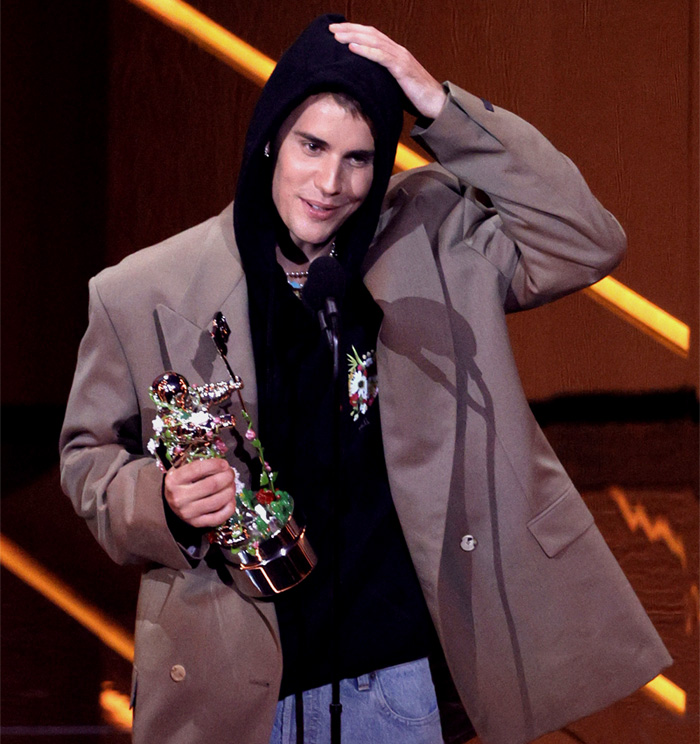 
The night continued with spectacular performances under the watchful eye of a huge astronaut – a symbol of the awards – who guarded the stage, including that of Justin Bieber, who reappeared after six years of absence. Wearing baggy pants and jacket and initially hiding under a hood, the Canadian artist ended up uncovering his face to go on stage to collect the awards he was awarded. Another of the most talked about moments of the night was when Megan Fox and Kourtney Kardashian took the floor to present the joint performance of their respective partners, Machine Gun Kelly and Travis Barker, which closed the ceremony. “I am a great admirer of the next artist”, ironically declared the protagonist of Transformers when talking about her boy. “I have seen him grow, and not only as a singer but as a person.” Meanwhile, the reality star Keeping up with the Kardashians He then chimed in to say “I’m Travis’s biggest fan … and I think he’s super sexy.” 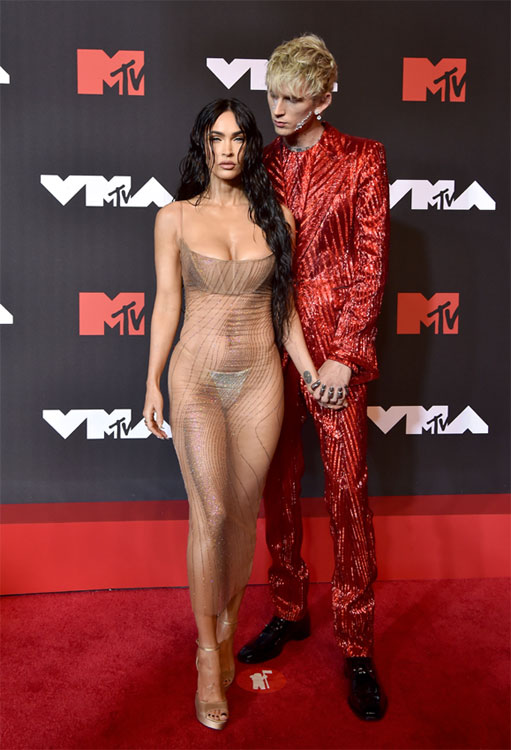 
To finish off the presentation, Megan Fox asked the audience for the most thunderous applause of the night “for our future dads”, commented in relation to their respective boyfriends and those they want to see as parents of the children they have one day. Before the gala there was an incident on the red carpet that had Machine Gun Kelly in the spotlight after living a tense disagreement with the famous fighter Conor McGregor. According PeopleMcGregor reached out to ask the artist for a photo, but this was denied by the singer’s team, sparking fury and anger from the boxer. All this triggered a fight between the two, who had to be separated by the organization’s security before coming to blows. While, For the first time since they confirmed their romance last February, Kourtney Kardashian and Travis Barker were shown together yesterday in a red carpet and they kissed without complexes in front of the cameras. We also watched Avril Lavigne melt into a passionate kiss with her boyfriend, Mod Sun. 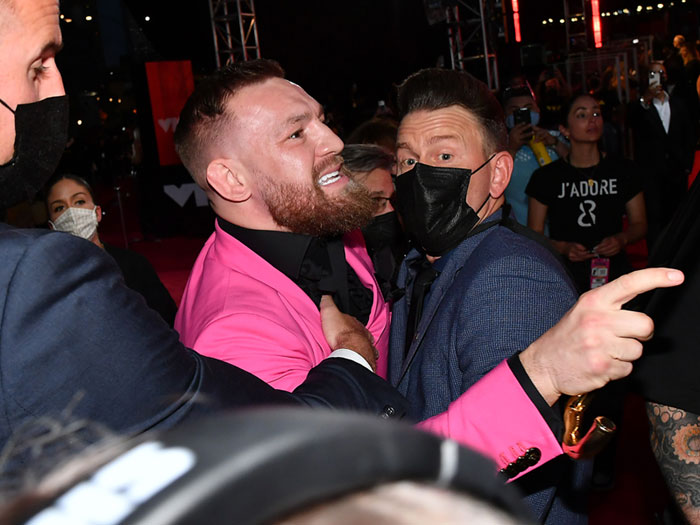 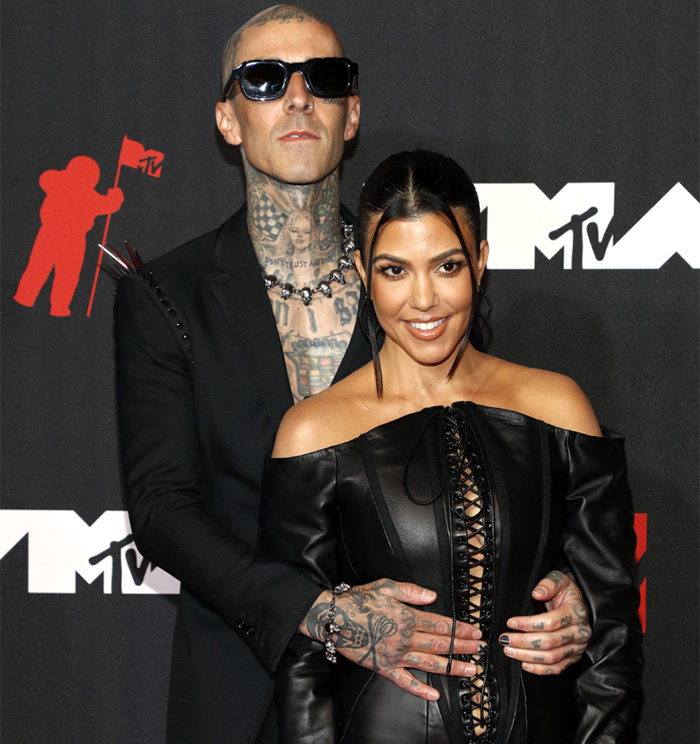 
The duo Twenty One Pilots introduced his new song, but at one point one of its members, Tyler Joseph, stopped everything to announce that your wife is pregnant. The most important speeches during the gala were not lacking, such as the one delivered by Billie eilish: “We need to protect our young women at all costs. Really, we all have power and we should not abuse it.” Cyndi lauper He also intervened paraphrasing one of his most popular songs: “Girls still want to have fun, but they also want equal pay and control over our bodies. You know, fundamental rights, “he said. Another of the stars of the night was Jennifer Lopez, who attended without her inseparable Ben Affleck after seeing them kiss each other at the Venice Film Festival just a few days ago, which was their first official pose after resuming their relationship almost 20 years later. 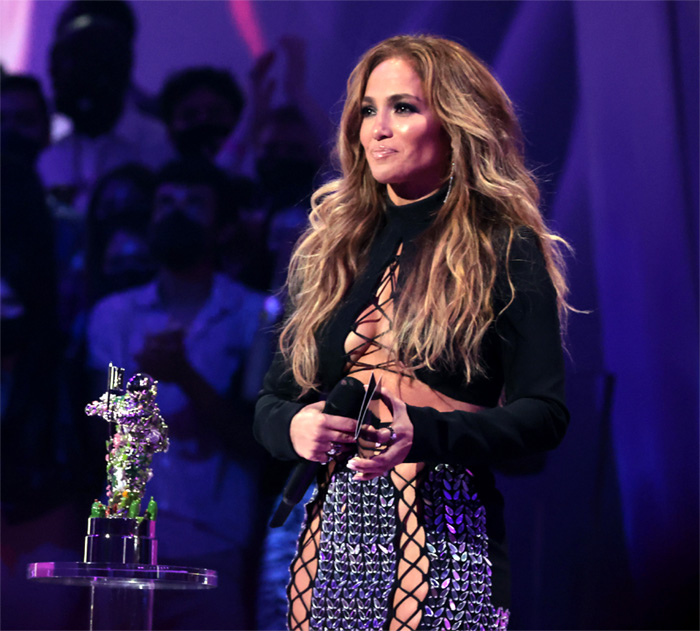 As for the winners, Olivia Rodrigo was the great winner of the MTV Video Music Awards. The American artist won three awards at a ceremony in which artists such as Korean BTS were also recognized, with two awards each. Olivia, who performed at the gala with The Kid Laroi, won the awards for best new artist, best song of the year and best ‘push’ performance of the year, both for her song ‘Drivers License’. And although the star of the Disney series High School Musical and Bizaardvark was the most awarded, the most important award of the night went to Lil Nas X, which won the award for the best video clip of the year for Montero (Call Me By Your Name). The artist also won the best direction with Tanu Muino and his video was also awarded for the best visual effects. 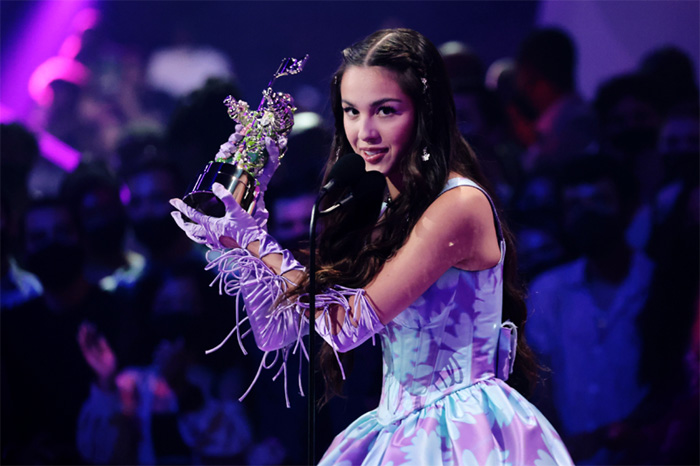 
Justin Bieber was recognized as the best artist of the year and also won the award for best pop video of the year for the song Peaches. BTS were awarded best group and best K-Pop video for Butter at the ceremony conducted by Doja Cat, who won the award for best collaboration for his song with SZA. The MTV VMAS 2021 also recognized Foo fighters, who were awarded the Global Icon award; John Mayer, who won Best Rock Video for ‘Last Train Home’; or to Silk Sonic, best R&B video for Leave the Door Open. In the Latin category, the Spanish Rosalía and Billie Eilish prevailed with the video of You will forget, a theme that is part of the soundtrack of the series Euphoria. Additionally, Eilish won a second award for Best Charity Video for Your Power, song against harassment whose clip was directed by the artist herself.

Rosalía, photographed by the hand of Rauw Alejandro, author of the summer hit ‘Todo de ti’


To know the most relevant of hola.com and not miss articles like this one, subscribe to our newsletter here.