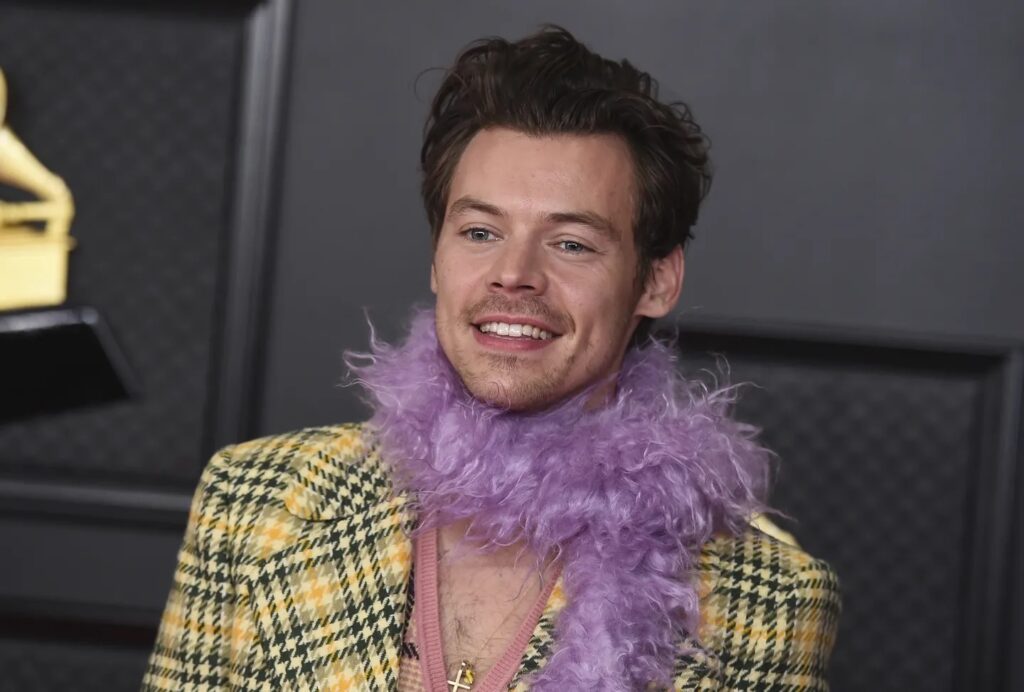 The story of the boy who distributed newspapers and today is a worldwide phenomenon. He appears in River this Saturday and Sunday.

Harry Stylesthe 28-year-old Briton, will return to the country on December 3 and 4, when he plays at the River Plate stadium as part of his international tour Love On Tour. The show, which was originally intended for the Equestrian Stadium, due to the great demand for tickets, was moved to the Monumental stadium. The former member of one direction confirmed world tour with dates and locations and finally in 48 hours fans will be able to enjoy their long-awaited show.

Harry Styles was born on February 1, 1996 in the town of Holmes Chapel., located in the county of Cheshire, England. At age 7, his parents divorced, so he grew up with his mother, Anne Cox, and her older sister, Gemma. Although his dream was always to make a living from music, at first he had to do other jobs to earn money. In this way, he was a cashier at a Holmes Chapel bakery and even delivered newspapers with his bicycle.

Everything changed in 2010, when he decided to audition for the seventh season of the reality show The X Factor, which dozens of young singers go through every year, not only to win the grand prize, a million-dollar production contract with a major record label. , but also to demonstrate their talent, make themselves known and gain popularity.

Harry auditioned on The X Factor with Stevie Wonder’s song Isn’t She Lovely and did not make it to the next round. However, the judges suggested that he form a band with Liam, Louis, Zayn and Niall, other young hopefuls who had also been eliminated from the reality show, and return to the show. Harry Styles was rejected in The X Factor, but then formed the band One Direction.
That way, the five got a second chance, as part of One Direction.

The group finished in third place in the competition, and the huge popularity they gained led them to sign a contract with Syco Entertainment. In September 2011 they released their first single that catapulted them to stardom: What Makes You Beautiful, which reached the top of the UK, Irish and Mexican charts with record sales figures. Months later, they released their first album: Up All Night.

That was the beginning of a path of unlimited success that was followed by four other albums, international tours, dozens of awards and even his own documentary, This is us. On March 25, 2015, the band announced the departure of Zyan Malik, who began a solo career. However, the group publicly confirmed that they would continue working without their fifth member. In this way, they released the song Drag Me Down on July 31 of that year.

After the release of that album, the group announced an indefinite hiatus, although they would never meet again. Since then, all the members have started their solo career. That was the case with Harry Styles, one of the most successful after the separation. On April 7, 2017, his first solo single arrived: Sign of the timeswhich climbed to number one on the UK chart and to fourth on the Billboard Hot 100.

Rolling Stone magazine rated it the best song of that year. His debut album, which he called Harry Styles, was published on May 12, 2017 and was an immediate success. Thus, he embarked on his first international tour: Harry Styles: Live on Tour. Between September 2017 and July 2018, he gave concerts in Europe, Asia, and America, including his show on May 23, 2018 in Argentina. Then, as if that were not enough, he ventured into the world of acting.

Thus, he had his film debut in the Dunkirk movie (2017), directed by Christopher Nolan, in which he played a British soldier. That same year, he further broadened his horizons and began modeling for Gucci in several of his campaigns. At the end of 2019, his second studio album arrived: Fine Line, which debuted at the top of the main sales charts in the United States and the United Kingdom.

His third and last album was released on May 20, 2022. It was Harry’s House, which also had a great reception from the public and was acclaimed by critics. It won Album of the Year at the MTV Video Music Awards and is nominated in three categories for the 2023 Grammy Awards: Album of the Year, Best Pop Vocal Album, and Best Non-Classical Production Album.

Harry Styles in Argentina: from One Direction to the great pop beast as a soloist