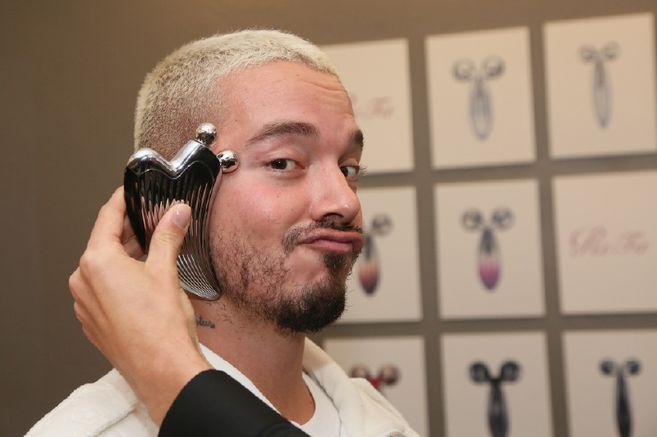 Balvin began playing the guitar at the age of 10 and was a great fan of rock, before becoming a benchmark in urban music. / AFP

15 years ago, almost at the same time as the emerging success of digital platforms such as YouTube, the name of J Balvin began to sound on the most important Colombian radio stations, a Paisa singer who, although he is a lover of rock, was betting on being one of the referents of the country’s urban genre.

(You may be interested in: Foo Fighters, at the top of rock n’ roll)

Since “Se aloca”, the single that opened the doors to recognition, the 36-year-old from Antioquia has not stopped adding hits to his musical career, taking him to the contrast of performing in schools and nightclubs, and filling stadiums and stages of international stature. , such as the Lollapalooza Festival (2019) and the Super Bowl (2020).

Today, he continues to mark history in his musical career, in one of the most important music festivals in the country: the Estéreo Picnic, which this Saturday, March 26, on its second day, receives him as the headlining from the list of national and international artists that participate in this stage, among which are DJ Martin Garrix, Foo Fighters, The Strokes, Claptone, C. Tangana, Doja Cat and LP, Armenia, Margarita Siempre Viva, Duplat, Binomio de Oro, Los Gaiteros de San Jacinto, Bejuco, Crudo Means Raw and many more.

(We recommend: The national sounds of the Picnic)

This shows that his music has gradually crossed borders, but not only in the staging, but has led him to add collaborations with artists who have an important musical career, such as Justin Bieber, Prince Royce, Don Omar, Daddy Yankee , Selena Gómez, Arcángel, Bad Bunny, Maroon 5 and Ariana Grande, among others. His most recent unexpected collaboration was with Ed Sheeran, with whom he released a ballad and urban song last Thursday.

His success has led him to receive more than 200 nominations for music awards, including Grammy, Billboard, MTV awards, American Music, Premios Juventud and Premios Lo Nuestro, among others, for his most popular and listened to albums and songs. Of these nominations, he has won at least 190 of the awards and continues to establish himself as one of the most important Colombian artists on a global scale.

(You may be interested in: Martin Garrix, the “god” of electronics)

And although in his personal life he has had to face conflicts, including mental health disorders such as depression and his mother’s most recent illness, Balvin has had an Achilles’ heel that, for him, is worth more than any prize: his first child. , Río, which he had with the model Valentina Ferrer, with whom he has a romantic relationship for more than three years.

Between criticism and praise

Other problems he has had to face in the midst of his global recognition as one of the most important and influential artists have been the constant criticism he has received regarding the lack of opinions and support on some current issues. For example, during the national strike, which was unleashed last year against the Colombian government, several artists, not only nationals, but from various parts of the world, joined the voice of the citizens and from their social networks spread the most information as possible so that there would be evidence of what was happening in the country and draw the attention of international control organizations.

In this case, Balvin was conspicuous by his absence and furthermore, the criticism increased because, in the meantime, he continued to advertise his music and projects through his social networks.

It is not a secret that this was the starting point of what until now continues to be one of the most talked about controversies between musical artists, between Residente and José. The Puerto Rican singer-songwriter has been direct from the first moment regarding his dissatisfaction with Balvin’s attitude on sensitive issues in the country, but also because of the opinion he expressed in front of the Grammys, considering that he did not feel that they valued or respected artists of the urban genre. Since then, she’s been hell-bent on criticizing him and actually wrote a song lashing out at him.

(You may be interested in: Ed Sheeran and J Balvin come together for the first time in an explosive EP)

Another reason why J Balvin has been the subject of debate is because of his song “Perra”, which he did as a duet with the Dominican artist Tokischa, being branded as a sexist song and its video clip with a racist component.

The truth is that, so far, J Balvin has only come out to speak directly and publicly in the face of this latest controversy, apologizing by acknowledging that the content of the song and its video does have connotations that represent cultural disrespect, and decided Download the video from digital platforms.

Despite all these setbacks and criticism, this musician from Antioquia is one of the most anticipated artists on the stage of the Festival Estéreo Picnic, which takes place from Friday, March 25 to Sunday, March 27 at the Briceño 18 golf course. In addition, it continues to be among the first places of the most listened to artists worldwide on digital platforms. In fact, last year he became the urban artist with the most number 1 singles on the top global of Billboard.