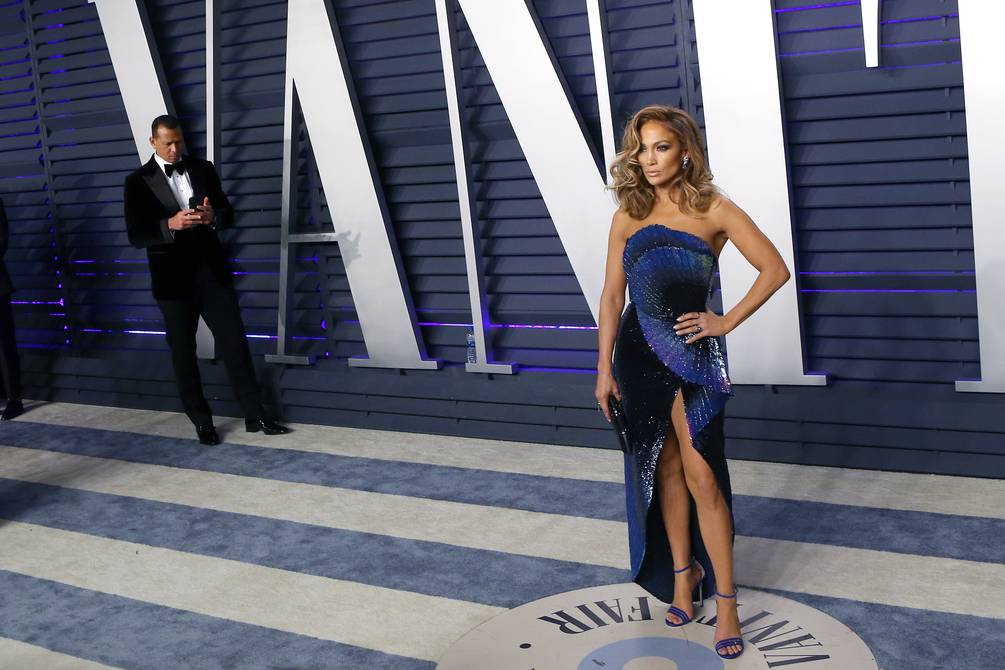 This past weekend was the most glorious for Jennifer Lopez and Ben Affleck who officially said “I do” at a ceremony in Las Vegas.

But before consolidating this union for which the actors were given a second chance, JLo went through three previous marriages and several other well-known relationships.

The most recent romance and commitment that seemed to come with a wedding was with former baseball player Alex Rodríguez, but the couple suddenly canceled the expected preparations in April 2021.

Rodriguez and superstar Jennifer Lopez met in 1999when he was still a baseball player and approached the singer to ask for her autograph. But it wasn’t until 2017 that they started dating just before Valentine’s Day.. The couple got engaged in March 2019, but two years later they amicably split. Ben Affleck immediately reappeared on Jennifer’s horizon.

Was it real with Drake?

JLo and Drake were linked for a few months in 2016, but industry insiders were skeptical about the pairing between the two professionals. “This relationship is fake, it’s just a publicity stunt to publicize their history together,” Page Six published in January 2017.

Doesn’t Drake realize that it seems strange to declare his love for RiRi at the MTV Awards and then start flaunting his chemistry with J.Lo a few months later? at the 2016 MTV Video Music Awards.

The Bronx diva dated for two and a half years with the dancer Casper Smart, who was 17 years her junior. “He was really professional for a long time before something happened,” Smart said in 2012. “It happened spontaneously, I guess. The chemistry was there. You can’t fight that.”

They broke up in 2014 amid reports that Smart had allegedly been texting with two transgender models. They met again in 2015 before breaking up for good in 2016.

Lopez’s whirlwind romance with fellow Latin music superstar Marc Anthony began in September 2003, and the couple said “I do” in June 2004, just a week after the singer’s divorce from the singer was finalized. Former Miss Universe Dayanara Torres.

With Marc Anthony, Jennifer became the mother of the twins, Max and Emme, in 2008, before splitting in 2011.

Lopez later said that collaborating on her 2017 Spanish-language album “Por Primera Vez” “actually mended certain parts of our relationship that had been fractured by our marriage and our divorce.”

“Bennifer” became one of the most overexposed celebrity couples. The two met while making “Gigli” in 2001 when Lopez was still married to Cris Judd, but the romance quickly blossomed and Affleck and Lopez got engaged in November 2002.

Everything was ready for the ceremony, JLo asked Vera Wang for a $15,000 wedding dress, but they broke up two days before the ceremony. However, almost 20 years later, the couple rekindled their romance. Yesterday, the actress officially revealed that she and Ben said “I do”.

In your newsletter “On The JLo”, the diva explained: “We did it. Love is beautiful. Love is kind. And it turns out that love is patient. Twenty years of patience,” she wrote of the Las Vegas ceremony, noting that it was “exactly what we wanted.” The “Marry Me” actress also said that she wore “a dress from an old movie” when they exchanged vows in the “little chapel” and “gave each other rings that we will wear for the rest of our lives.”

Lopez’s second marriage was to dancer and choreographer Cris Judd. The couple met in Spain in late 2000 when he was hired to direct the music video for “Love Don’t Cost a Thing”. It was all very fast, they got married in September 2001 and separated in June 2002.

“Your privacy is violated,” Judd later said of the relationship. “You are no longer a normal person. [Nuestra boda] it was a circus. I think they arrested several people trying to climb a mountain… trying to sneak in. In fact, we rent the airspace.”

In her relationship with the rapper, JLo even changed some of her notoriously sensual way of dressing. But the relationship between Lopez and Sean “Diddy” Combs, then still called Puff Daddy, was marred by allegations of infidelity by Combs and she was also dragged into court with a gun and bribery trial in connection with a December 1999 shooting at the Club. New York. A jury ultimately acquitted him. Previously the charges against JLo were dropped.

Jennifer Lopez’s first marriage was to Cuban waiter Ojani Noa, in February 1997 after meeting in Miami while filming “Blood and Wine”. Her marriage ended just 11 months later, in January 1998, but that didn’t stop Noa from buying an alleged honeymoon sex tape.

The tape was never released, but Noa finally got her screen time when she appeared in a 2016 episode of “Million Dollar Matchmaker.”

Now, after the surprise ceremony in Las Vegas, Ben Affleck and Jennifer Lopez are consolidating the love contained for almost 20 years.

The NBC channel reported that the Marriage license was issued for Benjamin Geza Affleck, the full name of the Gone Girl actor, and Jennifer Lopez, which is also identified as Jennifer Affleck, with his last name.

For Ben, this is his second marriage, since he was married for 13 years to actress Jennifer Garner, with whom he shares three children. (AND)

Jennifer Lopez had three marriages and several other partnerships before Bennifer 2.0 | People | Entertainment