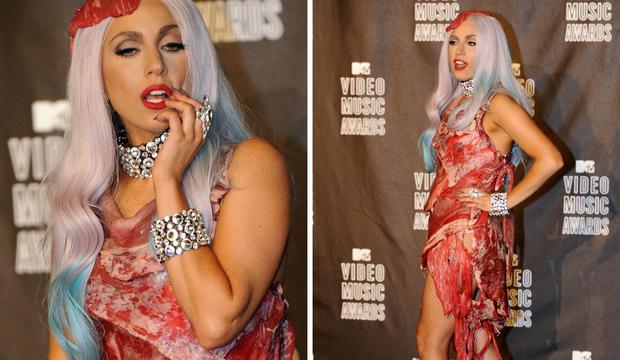 Twelve years have passed since the controversial meat dress that Lady Gaga used at the MTV Video Music Awards. The American singer He surprised the audience with an unusual outfit and immediately generated a series of comments, both for and against. It was 2010 and the story behind that outfit was not fully known.

The singer who tries to make her way as an actress, about “House of Gucci”, gave little-known details of the anecdote that gave rise to the look he showed at the aforementioned awards ceremony.

His fans celebrated his strange clothing but not all took it in the best way. For example, the body of People for the Ethical Treatment of Animals (PETA) He criticized that he appeared with such a wardrobe.

“Lady Gaga’s job is to do quirky things and this certainly qualifies as such, as meat is something you want to avoid putting on or in your body… No matter how precious the image appears, meat from a tortured animal is the meat of a tortured animal”manifested Ingrid Newkirk as president of PETA at the time.

WHAT IS THE STORY BEHIND LADY GAGA’S MEAT DRESS?

american singer Lady Gaga explained that the origin of the meat dress was the anecdote that the makeup artist Val Garland told him in 2010. He told him that he had gone to a party with a sausage dress.

“(…) And I thought it was quite funny, I told him: ‘So that no one approaches you at a party.’ I talked to my designer friends about whether we wanted to make a statement at the MTV Video Music Awards themselves and we did because at that time they wanted to repeal the ‘Don’t ask, don’t tell’ policy.”explained the celebrity in an interview with Vogue.

The public figure he was referring to that American policy of do not talk about homosexuality of members of the armed forces. “We decided to go with the meat dress because I thought if you are willing to die for your country, what does it matter what you identify with?”added Lady Gaga.

He told that it was collaborative work with your team to carry out his idea and show it to the world through television. “The final design is by Franc Fernández, but it was the idea of ​​the Haus of Gaga. We were backstage with Brandon Maxwell who was one of my stylists at the time, he was a vegan and yet he helped sew all those bits of meat to the dress, hat and bag, which Cher kept, by the way.”he pointed out.

WHAT HAPPENED TO THE MEAT DRESS?

The story of the meat dress it still has echoes today. After being shown off at the VMAs, the outfit was on display at the Rock and Roll Hall of Fame’s “Women Who Rock”. To keep it, dissected and so they showed it to the public, according to collections director Jun Francisco, who gave these details to MTV.

After this exposure, the meat dress returned to the hands of Lady Gaga, who later used it in a video about the US presidential election, which was won by Joe Biden, to raise awareness about the importance of an informed vote. He used his most emblematic looks for his fans, among which he highlighted the meat dress.

Lady Gaga: what’s behind the raw meat dress she wore in 2010