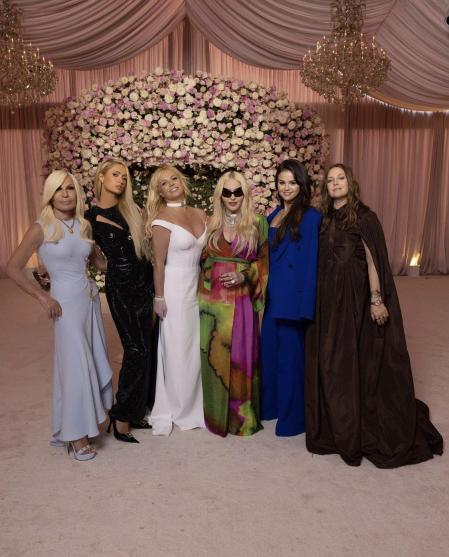 How are their fans going to get over the famous kiss between Britney and Madonna if they don’t even do it themselves? The two artists have met again in one of the most anticipated weddings of the year, that of Britney herself, and how could it be otherwise, the reunion has not disappointed. Britney has been married in a fairly intimate ceremony with Sam Asghari, with whom she has been in a relationship since the beginning of 2017.

The couple got married last Thursday at her mansion, located in Thousand Oaks, California, in a pink velvet tent set up for the occasion. She was radiant in a romantic Versace dress, whose images have transcended thanks to Vogue. Among the guests were many recognized faces such as Drew Barrymore, Selena Gomez, Paris Hilton, will.i.am, Donatella Versace or Madonna herself.

Without a doubt, the kiss between Britney Spears and Sam Asghari after getting married was the most anticipated, but what nobody expected is that the bride would also kiss another person, and it could not be anything more or nothing less than Madonna. The kiss has gone viral on social networks, since it has been the queen of pop who has shared a snapshot where Britney Spears can be seen recreating with Madonna the warm kiss they gave during an awards ceremony at the beginning of the decade of the 2000s.

Everything happened for the first time during her performance together with Christina Aguilera at the MTV Video Music Awards, in 2003. The three came together to immortalize one of the iconic moments of music and television. There, Madonna kissed both of them, raising the temperature in the awards hall. The image has passed into the future, and both protagonists, in the absence of Aguilera, have recreated the moment in front of the more than one hundred guests at the wedding.

The publication has quickly filled with thousands of “likes” and comments that applauded seeing a kiss between the two again 19 years after the first. “Britney you are so happy and in love! I wish you and Sam all the best! Last night was fun and sweaty!!”, wrote ‘the queen of pop’. “Iconic queens! I love you,” wrote Paris Hilton. Anonymous faces applauded the photo with comments like “royal” or “iconic.” Undoubtedly, photography has caused emotion in the fandoms of both.

Spears met Sam Asghari in October 2016, while filming her Slumber Party music video. In it, she not only found her love partner for the clip, but also in real life. Britney made her relationship official on Instagram on New Year’s Day 2017, posting a photo of them having dinner together.

In September 2021, they announced their engagement, and in April 2022, the couple announced that they were expanding their family. A month later, the artist revealed that she had lost the baby they were expecting, and it was a hard blow for both of them. However, now begins a happy stage in their lives that will make them forget all kinds of pain, and the wedding, together with great friends, has been a beautiful way to heal.

A string of Disney-forged stars will be in their thirties by 2022
MTV EMA 2022: A night of legends where Taylor Swift, Muse and Ora/Waititi made their own myth
BTS lost in almost all of their MTV VMAs 2022 categories: what happened to their nominations?
Tweet
Share
Share
Pin
Other links: https://awardworld.net/resources/