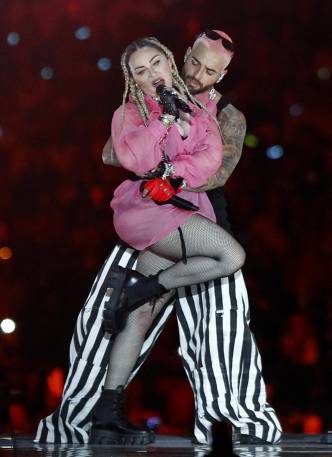 Reinvent yourself or die. That is, apparently, Madonna’s motto. She has been for more than 40 years of career, and she still is. At 63 years of her, Madonna Louise Ciccone, is still unstoppable.

Her most recent presentation was in Medellín, where she accompanied the Colombian Maluma, with whom she has a close friendship since they recorded the song “Medellín” in 2019.

We could refer to it as a moving star, an evolution, transformation, metamorphosis. All these synonyms fit perfectly to one of the most famous artists in the world, the Queen of Pop, Madonna.

For Manolo Bellón, music journalist and writer, the so-called ‘material girl’ has been perhaps the most influential woman in all of music history. “From her first singles, she was very clear on what she wanted to do, pop dance with an alternative approach. From the outset, she showed herself as a rebel and in that sense, she has opened paths for many artists who came after her.

The journalist is convinced that from the beginning, Madonna “was not going to conform, nor has she conformed to the norms imposed by the industry or by society.”

Read here: Karol G takes Cali: the “Bichota” will be presented this Saturday, May 14 at Pascual Guerrero

In her songs she has always defended the role of a strong, independent and ambitious woman. Her messages in her songs are still valid after four decades.

Singer Maluma performs on stage along with pop icon Madonna during their “Medallo in the Map” concert, in Medellin, Colombia, on April 30, 2022.

The fact that Madonna came to sing in Medellín with Maluma is a tremendously significant gesture, especially after the health problems that have affected the star in recent years and that, on several occasions, have forced her to cancel several presentations.

He met Maluma at the MTV Video Music Awards in 2018. In a recent interview with the YouTube program Molusco Tv, the Colombian revealed details of their relationship and told how they met.

“I always knew that Michael Jackson was the king of pop and that the queen was Madonna. He is the greatest referent of music on the planet. I said ‘if I see her, I’m happy, I’m going to ‘my happy house,’” said the paisa.

“One day I will undoubtedly rule the world. And perhaps then, I will become more famous than Jesus.”

He says that when he entered the pop diva’s dressing room, she was talking to Lenny Kravitz. She said to me, ‘Hello, nice to meet you.’ I turned pale, yellow, green and she told me to say hello to Lenny. I told them that he was a big fan of theirs.”

After the meeting, “Papi Juancho” received a written message from Madonna. “I told my work team that I wanted to send some flowers to the hotel, because I thought it was a very nice gesture. I’m sure she doesn’t open the dressing room doors for anyone. Then I saw the cell phone and she had written to me. Everything was so surreal, a very strange moment, I convinced Madonna to go to Medellín to the Atanasio Girardot, in my land, and I am sure that she is not going anywhere if it is not her concert”.

More and more artists are encouraged to invest or participate in cryptocurrency and digital art projects. But unsurprisingly, few have caused such a stir as Madonna’s collection of NFTs (a digital asset that represents real-world objects), who appears in three animated videos nude and giving birth to butterflies, trees and earthworms. What has caused the most stir on social networks was the inclusion of a 3D model of her vagina.

“Madonna has no parallels, she has no one to compare herself to, she broke boundaries with a freshness and credibility that is surprising”

The material, which was recorded with her and then digitally recreated in 3D by the artist Mike Winkelmann (known as Beeple), will be auctioned to support three charitable foundations, which are focused on psychologically helping children affected by the war in Ukraine; to women survivors of extreme violence in the Congo, and to imprisoned Afro-descendants.

“I am doing what women have done since the beginning of time, which is giving birth. But on a more existential level, I am giving birth to art and creativity and we would be lost without both,” Madonna said after the controversy.

Hello, Pope Francis. I am a good Catholic. I swear! I mean I don’t swear! It’s been a few decades since my last confession. Would it be possible to meet some day to discuss any of these important issues? ”, Madonna wrote through her Twitter account.

One thing is very clear, even in the Vatican they listen to the interpreter of ‘Vogue’, and that is why, it is said, that she has been excommunicated up to three times.

Words are not enough to describe Madonna’s legacy. Many have tried, but no one has succeeded, as she did when accepting the 2016 Billboard Woman of the Year award. constants”.

On June 24, Madonna will release the album ‘Finally Enough Love’, a compilation of 50 new hit recordings.

As well as his career, his personal and sentimental life has also been full of headlines.

After several relationships in her musical beginnings, she met the one who would be her first great love: Sean Penn, two years younger than her.

They married in 1985 and although everything seemed idyllic (as much as Hollywood allows), the relationship became stormy, with situations of domestic violence and after four years of marriage, everything ended in divorce.

After the end of her relationship with the actor, the singer had a brief romance with John F. Kennedy Jr. and was associated with Lenny Kravitz, with the rapper Vanilla Ice, with the Japanese model and actress Jenny Shimizu, the model Tony Ward and with José Canseco, a baseball player.

His next stable relationship was with the dancer Carlos León and as a result of this, Lourdes María, the singer’s first daughter, was born.

In 2000, she married film director Guy Ritchie in a private ceremony in Scotland. Eight years later, the two announced their divorce, amid speculation of a fight over the adoption of an orphaned boy from Malawi. The legal battle intensified when Ritchie asked for more money to sign the divorce, and custody of his son Rocco.

She is currently the mother of six children: Lourdes Leon, Rocco Ritchie, David Banda and Mercy James, whom she adopted with Ritchie in 2006 and 2009 respectively; and the twins Stella and Esther whom she adopted alone in 2017.

After her divorce, Madonna was with Jesús Luz, a Brazilian model and DJ, 29 years her junior. In 2014 she was photographed with another dancer: 26-year-old Timor Steffens. She was later linked to model Kevin Sampaio, 31 at the time, and Abouabakar Soumahoro, 26. They were all brief romances.

He recently ended his most recent relationship with Ahlamalik Williams, 23, who was part of his group of dancers.
The ‘queen of pop’ is single again! 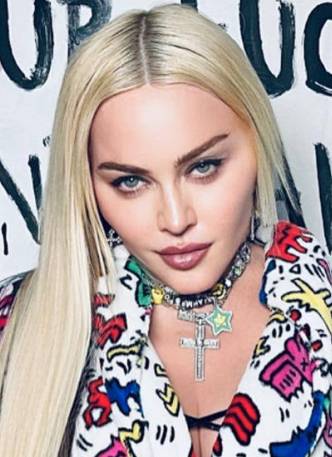 A facelift to lift the skin on the face and neck; eyelid surgery or blepharoplasty to remove excess skin over the eyes; Fillers with hyaluronic acid in the lips and some Botox applications have been some of the touch-ups that the Queen of Pop has undergone at 63 years of age. But, what is the extreme physical change of her?

For plastic surgeon Lina Triana, seeing a rejuvenated Madonna is part of what many seek today, to preserve youth and beauty. “Madonna is a public person, an artist who needs to look good despite her age, and that’s what she did, endure as she has always been, a pop diva. However, as to whether or not this is exaggerated for her age, I can only say that everything in the extreme is bad.

It would be different today to see a wrinkled Madonna who, even though she is a diva, would not show that energy and passion for what she does, and perhaps, would not move the masses”.

The truth is that for many, the queen of pop continues adding years in eternal youth, reconquering the followers of yesteryear and adding others to her list.

Madonna already did it first

Madonna does not go out: a look at the new directions of the eternal queen of pop