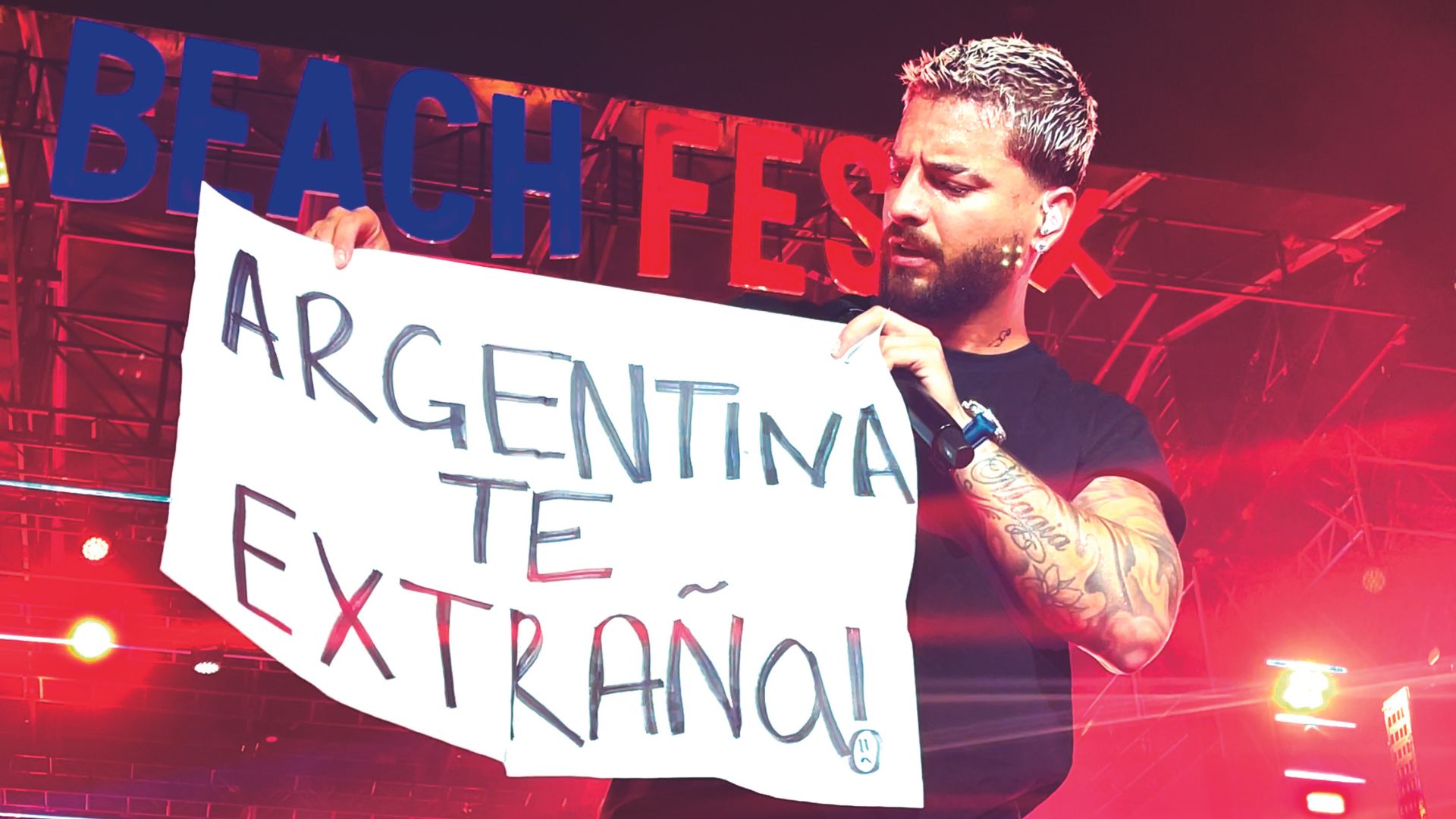 Tweet
Share
Share
Pin
At a concert in Mexico, Maluma used a poster from the public to confirm his return to the country (Credit: Maluma Press)

After four years of waiting, Maluma, one of the most beloved artists in Argentina and recognized worldwide, returns to the country. The promise of his return was made public by the singer himself a few weeks ago in Mexico when, during a concert, he raised a poster from the public that said “Argentina misses you”.

The star confirmed the news in a very particular way, singing Carlos Gardel’s memorable tango, “Mi Buenos Aires Querido”. The icon of popular Argentine music is revered to this day in Medellin, the hometown of Paisa Maluma, and will have accompanied his musical training since he was a child.

The Colombian singer confirmed his long-awaited return to the country, the sale of tickets for his show at the Vélez stadium has already opened

Thus, with a great stage display, on October 29 at the Vélez Stadium he will sing his biggest hits and for the first time in the country he will perform his global hit “Hawái”. As usually happens in Maluma’s shows, the energy that makes the participants vibrate takes the breath away from their fans, who do not take their eyes off the penetrating eyes of the Colombian interpreter. The dance team that accompanies the singer on stage ups the ante to the temptation to also get up to dance and sing with the magical artist. 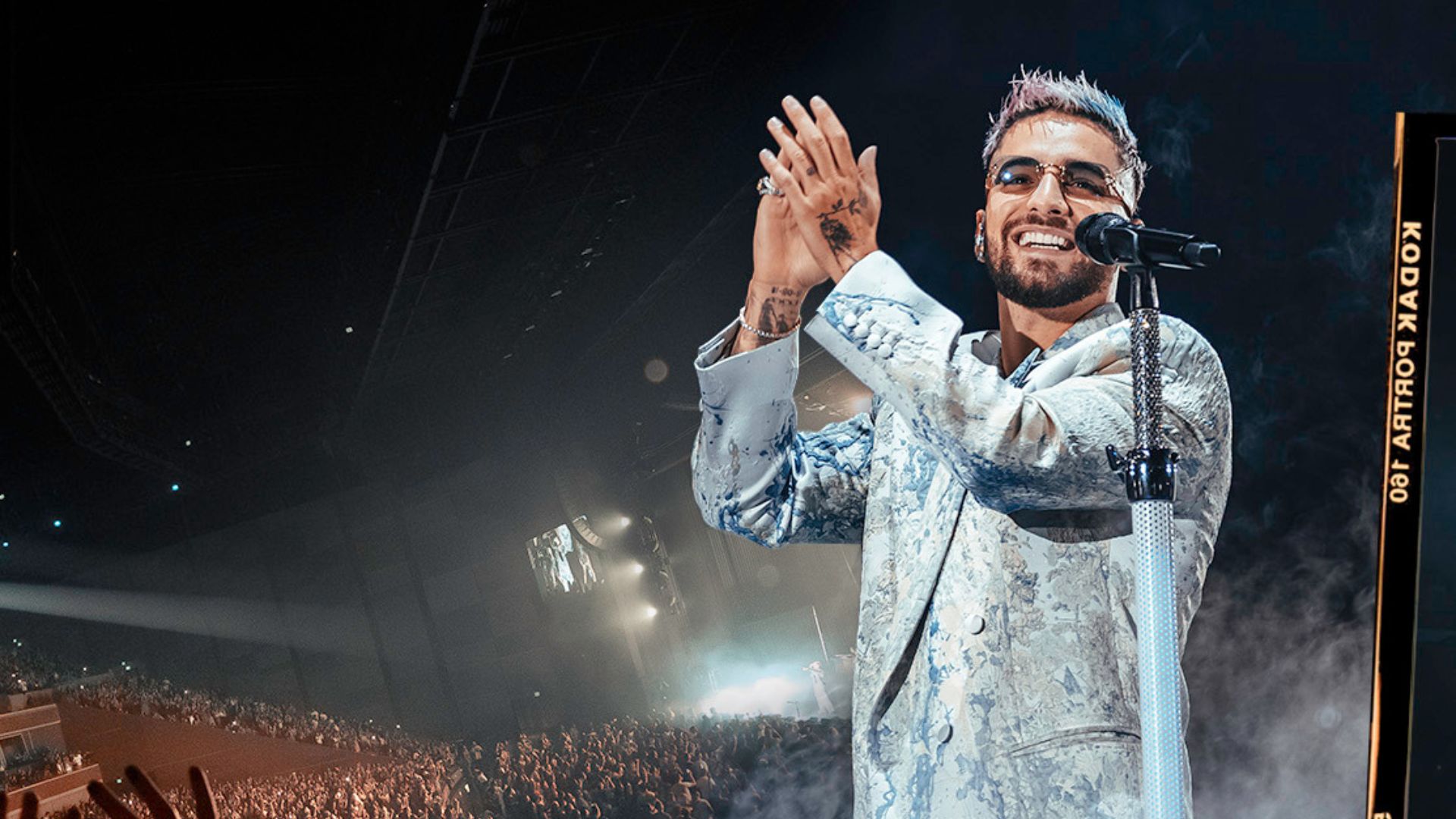 Maluma was the first artist to resume face-to-face concerts after the pandemic (Credit: Maluma Press)

Tickets are on sale through Ticketek. With this announcement, he joins artists like Bad Bunny, Daddy Yankee and Duki who will be giving their shows this year in the same stadium.

The 28-year-old great Colombian star has been having a season of personal and professional achievements in which he strengthens his international relevance, especially with his shows in different countries. Among these recent successes is the premiere of his latest official video for “28”, a tribute to the significant moments of his life. The song is on the extended portion of The Love & Sex Tape Deluxe Edition, which includes the eight songs she released in June along with three previously unreleased tracks: “28”, “Rulay” and “Clito” featuring Lenny Tavárez, Dalex and Bray.

With his latest show “Papi Juancho World Tour”, Maluma toured various cities in Asia, the United States, Europe and countries in the Middle East. With this, it became the first artist to reactivate his face-to-face concerts after the pandemic.

Maluma has more than 37 international awards, including a Latin Grammy, MTV Video Music Awards and the Billboard Music Awards. His story as a professional musician started in August 2012 when he released his first studio album “Magia”, which would become a gold record in Colombia and earned him his first Latin Grammy nomination for “Best New Artist”.

In 2014 reached one of the first forty positions in the list of popularity Latin Pop Song with his hit “La Curiosidad”. In 2015 she released her second album, managing to combine two styles, that of soft ballads with Pretty Boy and that of reggaeton loaded with Dirty Boy. She also made collaborations with great artists of the urban genre like Farruko, Arcángel, Cosculluela and Alexis & Fido. 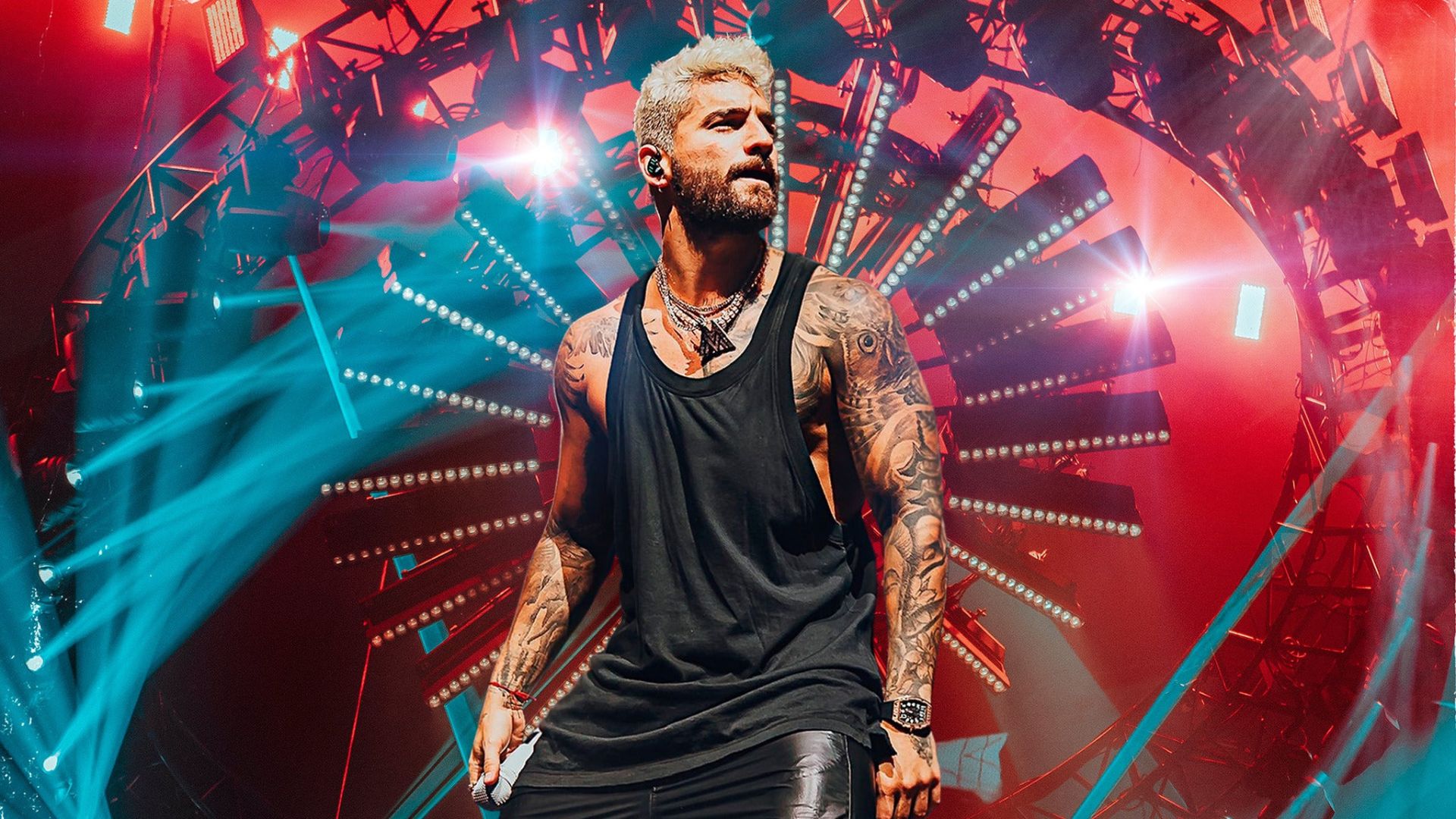 The Colombian singer is one of the most important in his genre at the international level (Credit: Maluma Press)

“Blackmail”, a song he recorded in 2016 with Shakira, achieved millions of views on YouTube. Meanwhile, in 2018 she released her third album, “FAME”, which was released with the single “Marinero” and won the Best Contemporary Pop Vocal Album Award. In 2019 she presented “11:11 ″ her fourth album, which included works with Ricky Martin and Madonnathemes that made it a world-class album.

The fifth and most recent material of the pretty boy Maluma was recorded during the pandemic in Medellin, his hometown, and Miami. “Papi Juancho” is an album that reflects his reunion with himself and with its musical roots and has the super hit “Hawái”.

Maluma closed 2021 with a special participation in the Disney movie Animations Studios “Encanto” where he performed the voice of Mariano.

To purchase tickets you can click on the following link.

Maluma returns to Argentina: with pre-sale sold out, the general sale begins for his impressive show in Vélez