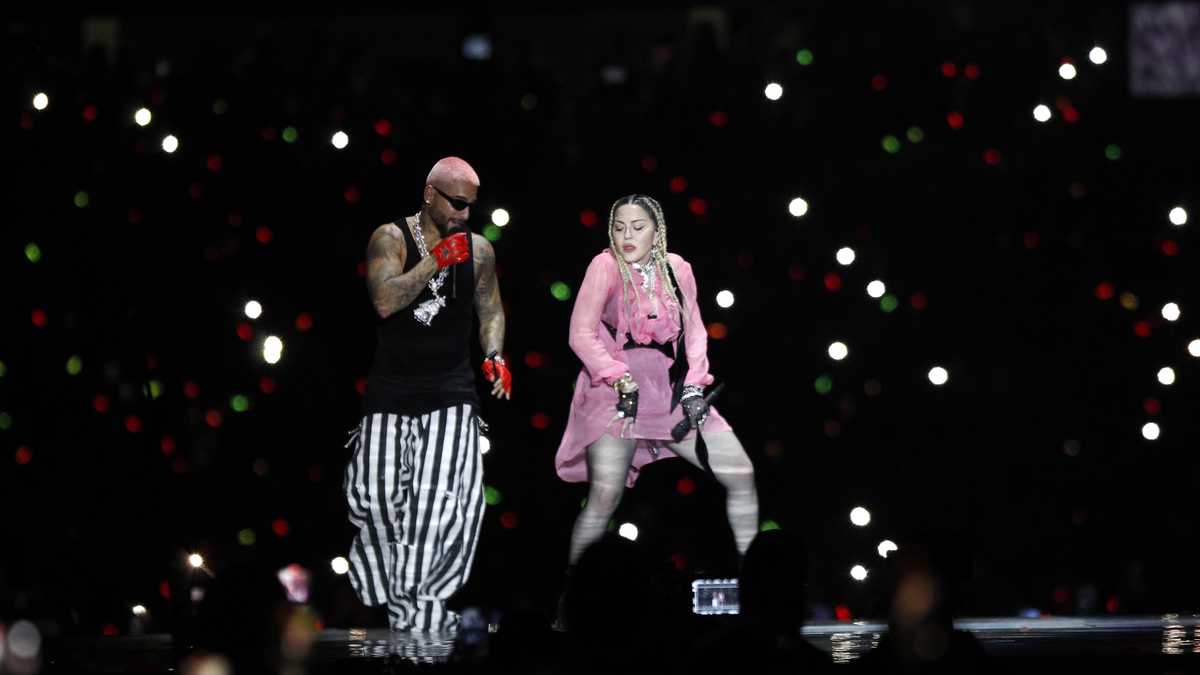 Madonna, known throughout the world as heto Queen of Pop, 64 years old, has always been controversial for the eccentric performances in his concerts around the planet and recently he has made a lot of noise in Colombia for accompanying Maluma in his last concert.

The event took place in Medellín, the capital of the department of Antioquia. There, the entire country thanked the reggaeton artist for moving the region’s economy, due to the great attendance of the public to the well-known concert, since it had more than 52,000 expectant people.

In that sense, Madonna has had an intimate relationship with that city for several years, given that it was previously done there, in 2012, the first show in the country of the iconic American artist, this because it is the only place in Colombian territory where the artist has performed.

She posted a video on her official Instagram account showing when her plane lands at the Rionegro airport and makes a tour of the entire city of eternal spring, until images of the American rehearsing with the paisa singer are shown prior to his presentation at the Atanasio Girardot stadium.

The great artist made a collaboration with Maluma in 2019, titled as the city in which they performed this weekend, Medellín. They even took the song to the Bilborad Music Award that same year.

According to Universal Music, the record work was made up of 15 songs that celebrate the musical union and that fused Anglo-Saxon pop with Latin and tropical rhythms. And it had several languages: English, Spanish and Portuguese. In addition to Maluma, Madonna has also collaborated with singers like Anitta, Swae Lee and Quavo.

It is worth remembering that the famous friendship between both artists began after the presentation of Maluma in the MTV Video Music Awardsin 2018, and the news that they were preparing something came out a few months before it was officially released, when they posted photos together on their Instagram accounts. The expectation grew more and more, while the paisa was very excited about the recording.

In addition to the well-known song ´Medellín´, Madonna and Maluma shared a recording studio in two other songs such as ´Bitch, I´m crazy´ and ´Soltera´.

According to rumors, the American would be staying in one of the hotels in the capital of Antioquia, according to the mayor of the city, however, that version was denied and it is believed that she spent her nights in the host’s house, which is the outskirts of it.

The concert was well known around the world, as it received positive reviews and Maluma achieved his goal of “locate Medallo on the map”so much so, that the city was described as a place of peace, love, progress, culture.

Well, even great personalities such as Jimmy Fallon and JLo, who are not compatriots, applauded the event in which the singer went through genres such as pop, salsa, and the iconic reggaeton. In addition, he performed the song ´Acá entre nos´ by the late, but great exponent of the ranchera, Vicente Fernández; he was also on stage with Pipe Bueno.

Thus, Medellín has always been willing to welcome its beloved Madonna with open arms, since love and admiration are mutual.

“Medellín, I love you”: Madonna’s affection for the city of eternal spring grows more and more