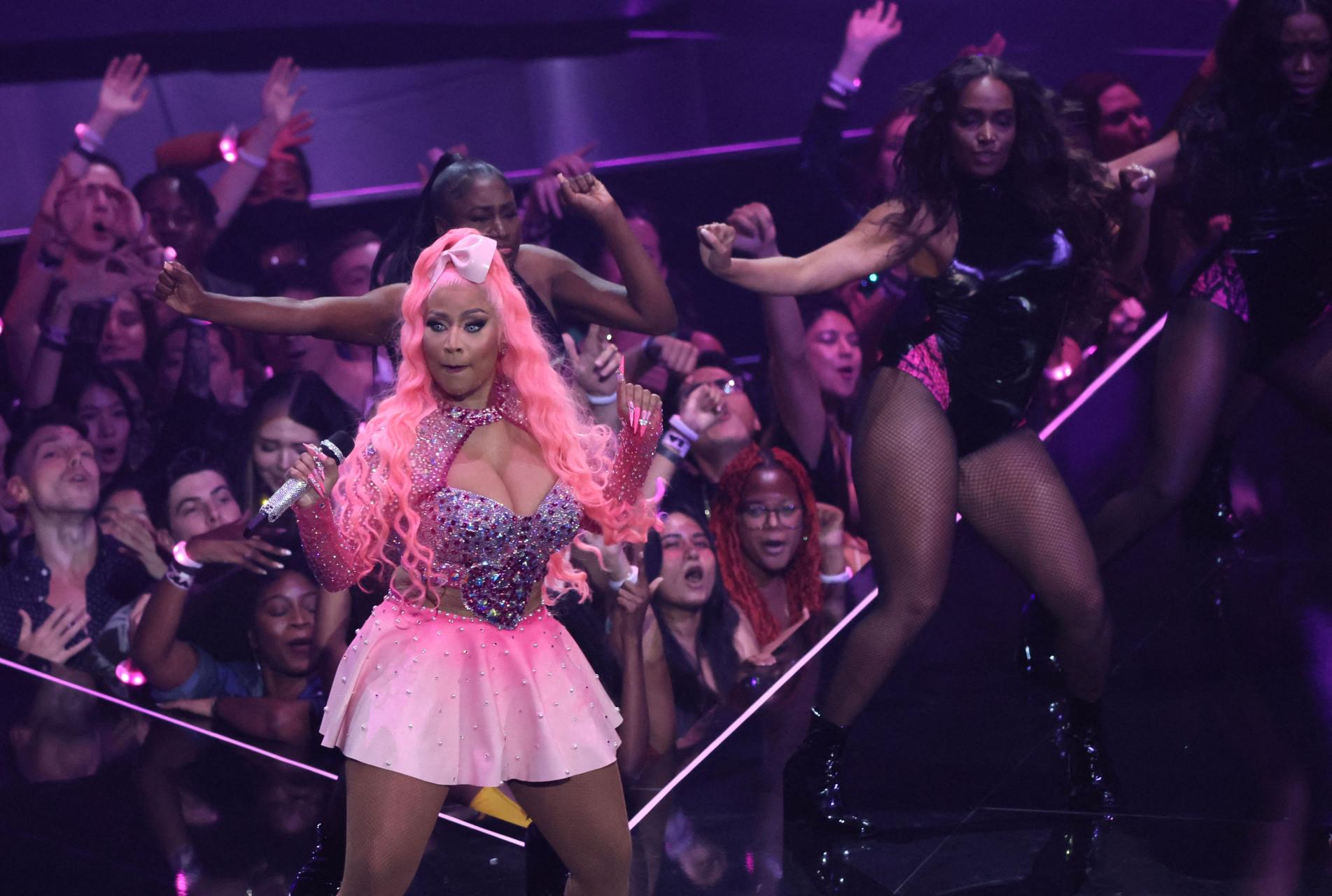 american singer Taylor Swift won this Sunday at the Video Music Awards (VMA), the oldest music awards on the MTV network, in which his song “All Too Well” received the coveted award for best video clip of the year as well as the distinctions for best video in long format and better direction. Presented at a packed Prudential Center in Newark, New Jersey, this year’s contest awards were widely distributed with three joint statuettes for Lil Nas X and Jack Harlow for their version of the song “Industry Baby,” and another three for Harry Styles.

Styles, who did not attend the appointment, took the astronaut to the best album of the year for “Harry’s House”, while his song “As It Was” was chosen as the best pop video clip and best cinematography. Harlow also won a solo statuette for “First Class”, chosen as the best song of the summer.

Swift, who came in an elegant minidress with silver rhinestone chains by the designer Oscar de la Renta, announced during the award ceremony that she will release a new album on October 21 entitled “Midnights”, in which she will tell thirteen stories of sleepless nights throughout his life. The American, in her speech, praised the work of women behind the cameras and highlighted that this year, for the first time, four female directors of video clips had been nominated.

Nicki Minaj, the great protagonist of the night

Rapper Minaj, 17-time VMA nominee and 5-time winner for hits like “Anaconda”, “Chun-Li” and “Hot Girl Summer”, became the star of the evening in which she received the honorary Michael Jackson Video Vanguard, in addition to the statuette for the best hip-hop video for his song “Do We Have a Problem?” Other winners of the Michael Jackson award have been Justin Timberlake, Beyoncé, Kanye West, Rihanna, P!nk and Jennifer Lopez. But, beyond the awards, Minaj’s personality prevailed at the ceremony, in which she not only starred in a performance in which she raised the spirits of the public, but also acted as master of ceremonies alongside rappers LL COOL J and Jack Harlow.

In addition to the well-known awards for best Latin music video, which went to the song “Envolver”, by the Brazilian Anitta, and Korean, which Lisa won for “Lalisa”, Latin rhythms and K-Pop sounded strong in the Prudential Center and nearby Yankee Stadium, who also joined the party. Anitta, who highlighted the distinction for the first time of a Brazilian artist at the VMAs, sang before the energetic audience, where Colombians J Balvin and Ryan Castro and Puerto Rican Bad Bunny also performed.

Bad Bunny, for his part, won the award for best artist of the year and in a brief speech he made a plea for Puerto Rico, its culture and its language. «I always believed, from the beginning, that I could become great, that I could become one of the best singers in the world without having to change my culture, my language, my language, my jargon; I am Benito Antonio Martínez from Puerto Rico for the whole world”, said the Puerto Rican artist. Likewise, the work “Saoko” by the Spanish artist Rosalía was distinguished with the award for best edition. K-Pop took three astronauts, beyond the one reserved for this category: the «Push Performance», which fell on SEVENTEEN; best metaverse video, which went to Blackpink and best group of the year, which BTS won.

The red carpet of these awards born in 1984 and in which this year the astronaut was personified by the actor Johnny Depp, was marked by the absences and outfits of Lizzo and Lil Nas X. The artist, who took the award at the category of «Video for Good» for her song «About Damn Time» and who has made her personal process of acceptance and self-confidence part of her career, was one of the first to make her appearance on the red carpet with a striking and voluminous Teal black dress by Jean Paul Gaultier. For her part, Lil Nas X walked the carpet in a striking black feathered crown paired with a carnival-inspired skirt designed by Harris Reed. But the absences of some of the nominees were also striking. In addition to Styles, Billi Elish also did not attend the event, who had 6 nominations and her work “Happier than Ever” won the award for best song of the year. The evening also missed the presence of Olivia Rodrigo, who had four nominations and who last year won the award for new artist, which in this edition went to Dove Cameron.