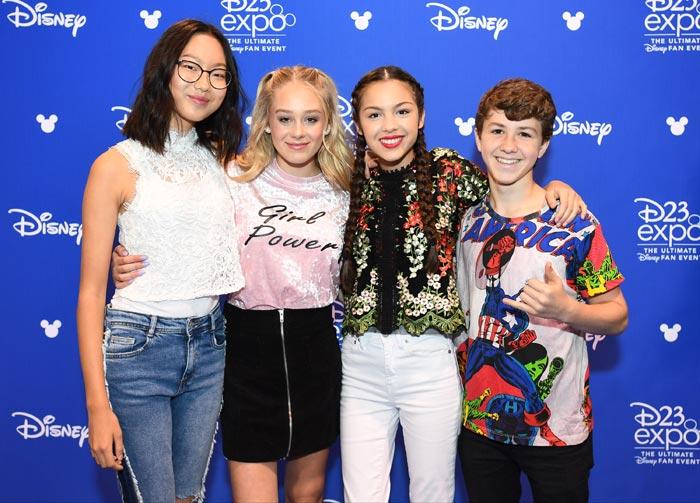 His is one of those meteoric success stories that just keeps adding up. Olivia Rodrigo has won three awards at the Grammy Awards (best new artist, best pop album and best pop performance), consolidating itself as one of the promises of current music that we must not lose sight of. At just 19 years old, the artist, of Filipino descent on her father’s side and German and Irish on her mother’s side, began her journey as a Disney girl, just a springboard after which she is on her way to becoming in a real star with such an influence on youth that even the president of the United States has taken advantage.

Bizaardvark and High School Musical The Musical: The Series were the titles that included his name in the credits, a visibility that increased thanks to his videos on YouTube. These were discovered by the Interscope label, where Lana del Rey and Lady Gaga began their musical journey and which promoted their first Single Drivers License. He was immediately placed in the top positions as the most listened to artist, achieving more than 21 million reproductions in the first three days and beating artists like Ariana Grande, The Weekend and Justin Bieber. She then took out a record, Sourwhich has been exalted as one of the best of the past 2021 in specialized industry magazines such as Rolling Stone (his songs were included in the top ten of the lists).

His channel accumulates more than eight million subscribers, 60 million monthly views (some videos exceed 50 million views) and his Instagram has 23 million followers. In addition to her songs, the style of this composer, actress and singer is one of the most commented and imitated, since her mixture of modernity and trends inspired by other times has captured the interest of different generations. in just one year has become one of the essential names for those who want to be up to date on musical trends and it seems that this is not going to change any time soon. Three MTV Video Music Awards, a BRIT, an AMA and the three Grammys that he has just collected (among others) endorse a career inspired by his idols, including Taylor Swift, and which could include in the near future a collaboration with the Koreans BTS (Olivia could be seen chatting at the Grammys with Taehyung and the speculations have not been long).

Her weight among the new generations is such that even President Joe Biden wanted to count on her to launch a campaign to encourage young people to get vaccinated against the coronavirus. It was last summer when the politician, who considered that the artist’s generation needed an extra push to complete her immunization, invited her to the White House, an opportunity that he enthusiastically shared.

Olivia Rodrigo, the great winner of the MTV Awards

In addition to his professional life, his personal life is also closely followed. Fans are curious to know who occupies the heart of the interpreter, whom she was related to Joshua Basset, her partner in High School Musical The Musical: The Series. The last summer She was seen very affectionate with Adam Faze, a 24-year-old businessman who directs the independent production company Must B Nice. Although it was also rumored that between the artist Conan Gray and her there was more than friendship, at the moment it does not seem so.

Olivia Rodrigo, what you still do not know about the great winner of the Grammy