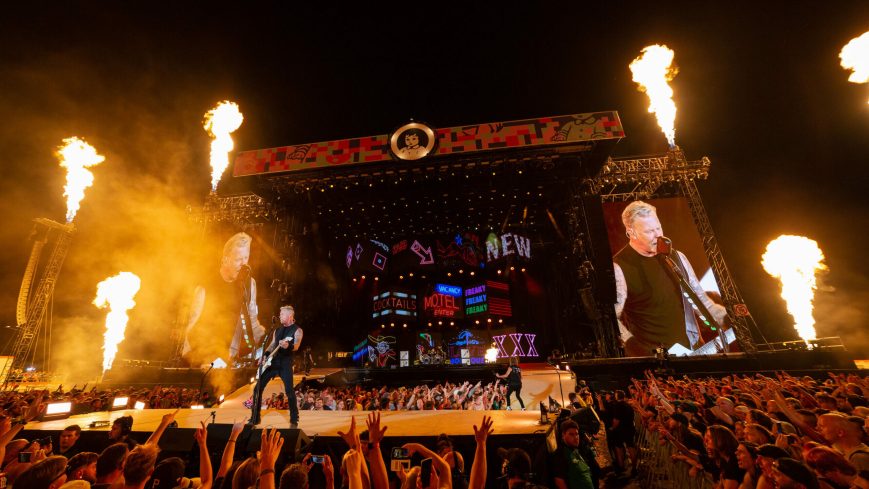 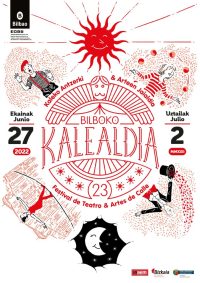 The Festival of Theater and Street Arts-BILBOKO KALEALDIA, promoted annually by the Bilbao City Council, will launch its 23rd edition on Monday, June 27. This new installment will last until Saturday, July 2, and will bring to the Villa 33 high-quality circus, dance, theater and clown shows that can be enjoyed over six days full of programming.

The San Francisco band includes Bilbao as part of their 40th anniversary world tour. Metallica have achieved several multi-platinum albums, including their 1991 album, ‘Metallica’ (also called The Black Album), selling nearly 17 million copies in the US alone, making it the best-selling album in Soundscan history. Metallica have also garnered numerous awards and accolades, including nine Grammy Awards, two American Music Awards, and multiple MTV Video Music Awards, as well as being inducted into the Rock and Roll Hall of Fame since 2009. In December 2013, Metallica made history after performing in an exceptional concert in Antarctica, becoming the first to play on all seven continents and earning a place in the Guinness World Records book. 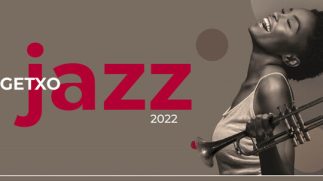 After the health crisis, Getxo Jazz returns to normality in its 45th edition, marked by the return of international artists. From June 29 to July 3, the festival will once again open the Basque Jazz circuit with a program starring names such as saxophonist Melissa Aldana, vocalist Cyrille Aimée, pianist Fred Hersch and emblematic double bass player Ron Carter, that we must add two of the main references of Afro-Cuban jazz: Gonzalo Rubalcaba and Aymée Nuviola. In addition to the subscription concerts, there are performances by the young bands from the Group Contest, the ‘Tercer Mileno’ section and concerts for family audiences. 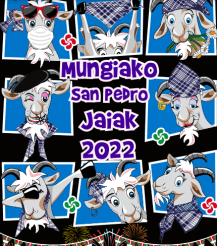 Mungia will celebrate its patron saint festivities again this year. Three years later, the men and women of Mungiarra will be able to dress up for a party and good humor again. The txupinazo will be held on June 28, the eve of San Pedro, and the Sukalki Eguna, one of the most important events of the Mungiarras’ jaias, on July 3. This weekend there will be concerts by Toc, I Love 80, Egan and Eskabidean. 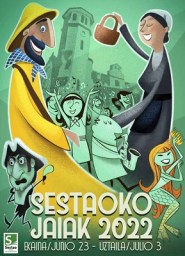 Sestao will celebrate San Pedro again after two consecutive years of cancellation due to the pandemic. The program of activities will last from June 23 to July 3. It will therefore be eleven days of fun to recover the joy lost in recent times.

With the new normality, the barracks, the txosnas venue, the crews, the concerts, the children’s activities, the bilbainadas, the carrefocs, the fire bulls, the giants and big heads, as well as the rest of the activities that traditionally make up the festive program. Nearly a hundred activities for the enjoyment of all residents, and also of all those who wish to visit Sestao on these dates. 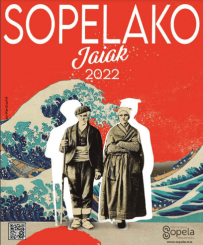 After two years of forced hiatus, the streets of Sopela will once again vibrate with the magic and color of the festivities with a program designed for everyone and all Sopeloztarras. The municipality will host an extensive program of activities that will begin on June 23 and will last until July 2. This Friday the 1st there will be concerts by the groups Iheskide and Dientes de Luna. For its part, on Saturday there will be a concert by Esne Beltza and Benetan Zoro, who will cover Sorotan Bele’s songs. 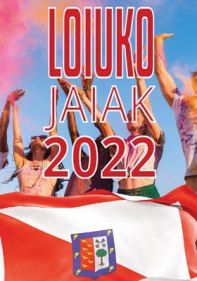 The first days with some simple group/verbena and a simple tortilla contest. And the following days, from San Pedro and Santa Lucía, with all the heavy artillery for great first-class concerts. A historical and exceptional post-pandemic situation, where the representation of the town approved organizing a week of festivities in Loiu. A Festival that this year will have the presence of Karabizuri. The good witch who lives on the highest mountain in Loiu will come down for the day of the txupinazo of festivities and will be present at them for the different activities that are carried out. 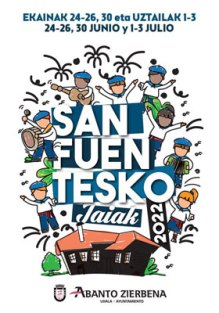 The Santa Lucía Antonio festivities are here, the time has come to meet again. Put your scarf around your neck and go out, get ready to enjoy from June 24 to July 3. From the town hall they want the parties to be an example of respect, tolerance and equality.

Plaza Levante and La Casilla host a dance session every weekend, aimed mainly at older and middle-aged people. They will feature the “most prestigious” orchestras in the city. The objective of this free activity is to promote active and healthy ageing, fight against sedentary lifestyle and promote socialization among the older group.

On Sundays until September 11, guided visits are made to one of the most outstanding elements of Biscayan architectural heritage, declared a monumental complex, the Muñatones castle, a medieval fortress from the 14th and 15th centuries in which the banderizo Lope García de Salazar.

Guided visit to the Santimamiñe cave, the most important archaeological site in Bizkaia, which preserves remains of human settlements from over 14,000 years ago and houses almost fifty cave paintings inside. The route, which lasts approximately 90 minutes, is from the information point to the mouth of the cave with a guide. Later and by means of a virtual replica, the route that was made through the cave is simulated.

Val d’Aran – The essence of the Pyrenees

An Atlantic valley in the Pyrenees. Its orography, with hanging valleys, peaks over 2,000 meters and perpetual snow, its gastronomy, its cultural richness, its linguistic singularity and a high-quality tourist offer, make this corner of the Pyrenees an exceptional place.

Plans for this weekend in Bilbao: from July 1 to 3