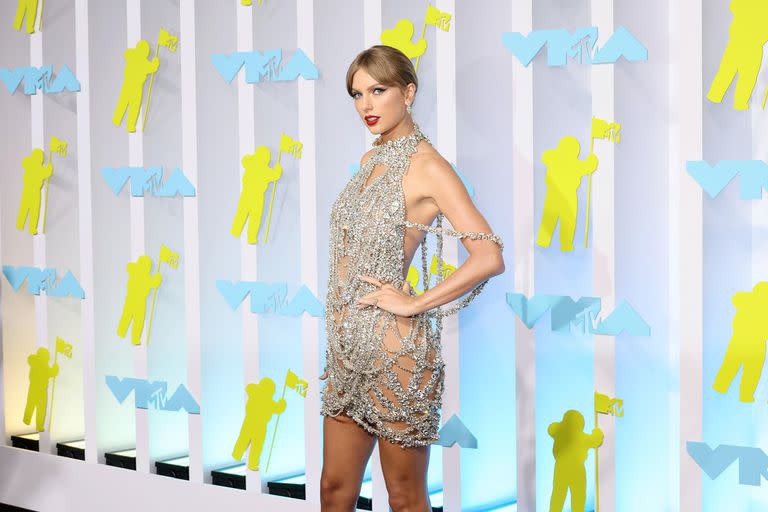 The awards MTV Video Music Awardsbetter known by its acronym VMAscelebrate the best of the industry and are also an ideal occasion to parade through your red carpet with the most dazzling and daring outfits. Over the years, the ceremony has recorded unforgettable prints thanks to the wardrobe choices of music stars such as Lady Gaga, Miley Cyrus or Rihanna. Now it was the turn of Taylor Swift, who caused a stir in the preview of the awards. The singer wore a short transparent Oscar de la Renta dress covered with rhinestones and chains

The VMAs are an unofficial invitation to experiment and, although the bets are not always to everyone’s liking, the truth is that looks are rarely boring.

In a new night of awards and glamour, figures such as Lizzo, Taylor Swift either Becky G surprised with risky designs on the red carpet deployed at the Prudential Centenar, in Newark, New Jersey (United States).

Regarding the prizes, once again Taylor Swift was the big winner at the MTV Video Music Awards (VMA) by winning the coveted award for Best Video of the Year, on a night in which Puerto Rican Bad Bunny won the Best Artist of the Year.

At the Prudential Center in Newark, New Jersey, Swift collected this Sunday the awards for Video of the Year, Best Long Form Video and Best Direction for “All Too Well (10 Minute Version)”. The artist took advantage of her time at the gala to announce the release of her next album, which will be titled Midnights and will be released on October 21.

For his part, Bad Bunny, who performed at Yankee Stadium during the night as part of the awards, won the award for Best Artist of the Year, for which he gave an applauded speech in which he vindicated his country, his culture and his tongue.

Among the winners was also Harry Styles, who did not attend the event, but took the award for Best Album of the Year for Harry’s House and Best Pop Video and Best Cinematography for the song “As it was”.

In addition, Lil Nas X and Jack Harlow won Best Collaboration for “Industry Baby”, Maneskin with Best Alternative Video for “I Wanna be Your Slave”; Jack Harlow for Song of the Summer for “First Class”; Billie Eilish, Song of the Year for “Happy Than Ever” and the Brazilian Anitta, Best Latin Video, for “Envolver”.