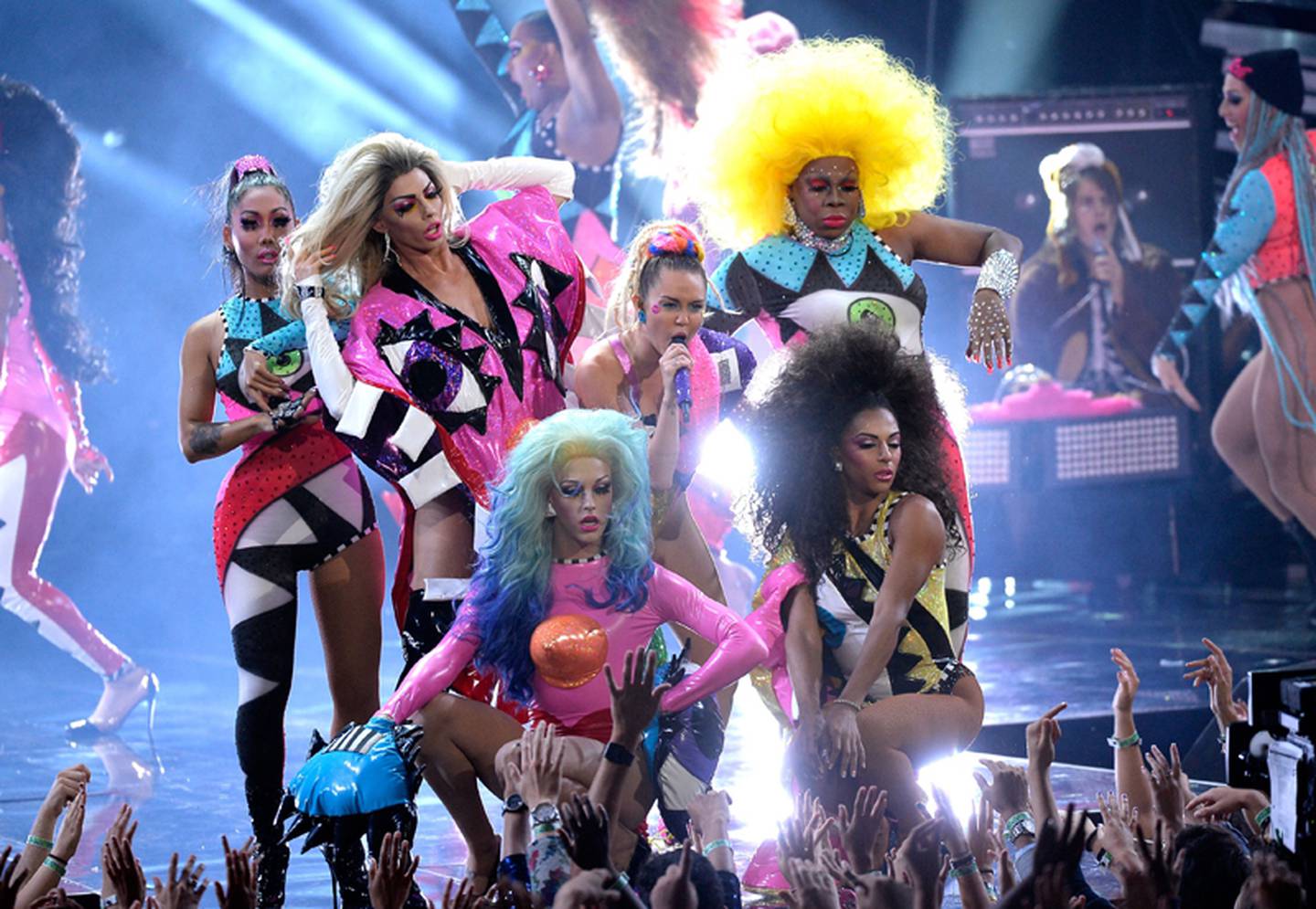 It’s been a long time since the MTV Video Music Awards (VMAs) stopped being about music videos. Instead, the ceremony – held last night in Los Angeles – was about Miley Cyrus, Kanye West’s future presidential candidacy and Justin Bieber’s tears as he appeared on a big stage after more than two years of not doing so.

Cyrus tried, all evening, to top her last memory at this award show, that controversial 2013 performance with singer Robin Thicke.

To achieve her goal, she decided to go on stage with increasingly revealing and psychedelic outfits: dresses with large absences of fabric, plastic skirts and long dreads fuchsia dyed.

READ MORE: Red carpet of the VMA 2015: transparencies, mini-mushrooms and the semi-nude of Miley Cyrus

The last strategy of the singer was to announce, at the close of the Show and after his musical presentation, that his last album Miley Cyrus and Her Dead Petz , was available for free download.

Cyrus closed the VMAs with the most elaborate presentation of the entire night, a kind of giant catwalk with transvestites in suits with huge eyes and, incidentally, musicalized by the group of rock The Flaming Lips.

The show’. In the era when MTV abandoned the stars of rock to hang out with celebrities pop the award for the best video rock it was hurriedly delivered, in the middle of the red carpet, to the group Fall Out Boy.

On the other hand, the section dedicated to the “Michael Jackson Video Vanguard Award” included a 13-minute speech by the honoree: Kanye West.

The special award was presented by the night’s big winner, Taylor Swift, who won statuettes for best pop video, best female video and best video of the year.

The artist also took advantage of the night to debut the video clip of her single Wildest Dreamswhich premiered on his YouTube channel at the end of the activity.

Recalling their encounter at the 2009 VMAs (when West snatched the microphone from Swift in the middle of accepting her best female video award), West went on to speak at length about the things that matter to him: inconsistency. of the award ceremonies, the casual encounters he has had in supermarkets and, finally, of his plans to be a candidate in the 2020 presidential elections – just as they read it.

“Many will wonder if I smoked anything before the Show . The answer is yes, I am not a saint,” she confessed to a confused and excited audience.

The public also applauded the return of Justin Bieber to the stage. The singer performed the piece Where Are U Now nominated in three of the categories, and premiered her single live What Do You Mean? .

After being suspended above the audience and falling to his knees on the floor, Bieber burst into tears. Cyrus for his part, continued with his routine: “Justin, give me a call when you’re legal.”